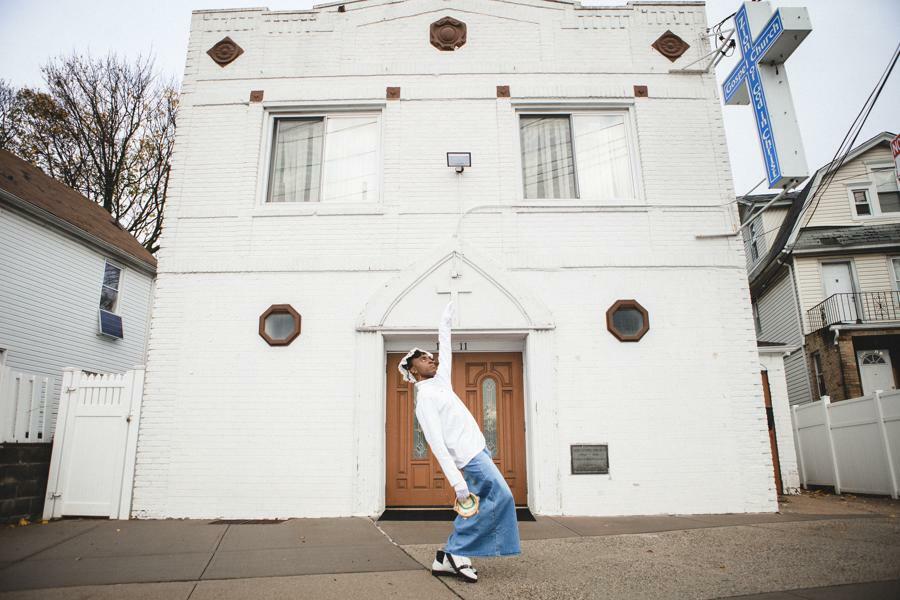 There’s no doubt that Chef Lazarus Lynch will be serving up a splash of bold flavor at the 2021 Met Gala in New York City. Lynch is one of ten up-and-coming diverse chefs chosen by Anna Wintour to be feeding the guests delicious plant-based dishes at this year’s event.

After talking to Lynch, I’m not sure what will be more distinct and incredible: his tasty dishes or his look for the evening.

Lynch is the two-time winner of the Food Network’s cooking game show, Chopped, along with the host of Snapchat’s first-ever cooking show, featuring mouth-watering soul food.  His delicious cookbook, Son of a Southern Chef: Cook with Soul, is as vibrantly colorful and unique as his personality and life story.

Not only an acclaimed professional chef, Lynch is also a singer, a musician, a painter, an LGBTQ icon, and a popular social media personality, known as, “Son of a Southern Chef.”

Beyond the Met Gala, Lynch will be dropping his debut album, SANCTUARY later this fall.

Lynch said he was first aware that the Gala was interested in his culinary skills when he was contacted by his mentor, internationally acclaimed chef, Marcus Samuelsson.  Samuelsson has watched Lynch cook, and grow his voice over the years, so it was only fitting that he first asked Lynch if he would be open to cooking for the Met Gala. Lynch had told Samuelsson, “Of course,”  but things didn’t quite feel real to Lynch until he got the email from Anna Wintour.

Lynch says he’s honored to be chosen to cook for the Met Gala. “It was very validating to me and my work..and my voice in the industry. I sort of just put my head down and work; I’m not always thinking about what is going to happen because the work that I’m doing. So it was really validating,” he explains.

He appreciates that Vogue is making an effort to bring diverse voices and flavors to this Met Gala.

“I’m bringing my Southern heritage to the table, very literally. I’m also bringing that to what I’m wearing. There are so many layers of being Black in America that I think you’ll see particularly through my dish, what I’m able to share to the menu, and also what I’m wearing,” says Lynch.

Lynch’s dishes are heavily inspired by his culture and upbringing. His moniker, “Son of a Southern Chef,” refers to his father, a musician, chef, and restaurant owner originally from Alabama.

“I’m making one of the canapés, and it’s inspired by my grandmother, who I didn’t know. But I knew her cooking through her father...sort of her DNA passed through food to me...Everything is plant-based, vegan. I’m using different elements from my culture, like the collared green. And I’m using coconut to create buttermilk, and also using corn. These are different flavors I grew up with, and am very familiar with,” Lynch shares.

Lynch is quite excited to taste the other chefs’ diverse dishes.

Lynch chose designer Christopher Quarterman from Lexington, Kentucky to dress him at the 2021 Met Gala. “He’s just amazing and brilliant. I’m a huge fan of his work,” says Lynch.

Since the theme of the 2021 Met Gala is American Independence, Quarterman plans Lynch’s outfit as a snapshot of the evolution of American fashion from the perspective of Black culture.

Costume designer Christopher Quarterman explains Lynch’s Met Gala costume is a showcase of “what has been represented as high class society, working class, and gang culture that has oftentimes been shown as segregated and racially assigned unequal,” meshed together into a single inclusive look. Quartmerman shares he’s using “classic tailoring with a nod to the 19th century Romantic era,” alongside the inspiration of “being our ancestors' wildest dreams.”