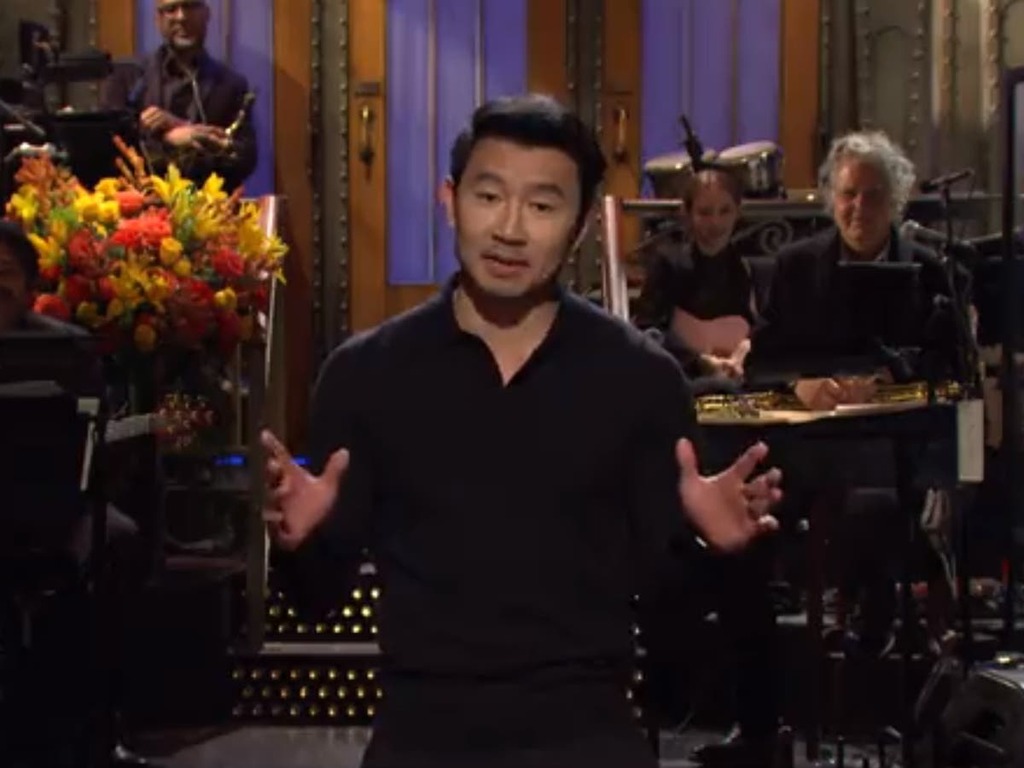 Simu Liu described how an optimistic tweet he sent in 2014 foreshadowed his casting in Marvel’s recent blockbuster Shang-Chi and the Legend of the Ten Rings while hosting tonight’s Saturday Night Live.

The actor hosted the sketch show for the first time on Saturday 20 November, with Saweetie as musical guest.

In his opening monologue, Liu described himself as “Marvel’s first openly Chinese superhero.”

After clarifying that he is actually Chinese-Canadian, Liu then recounted his journey to winning the high-profile role. “A lot of people ask me how I landed a role in a Marvel movie,” he said. “The truth is, I got Shang-Chi how every Canadian gets their big break—by asking politely.”

He went on to say that in 2014 he sent a tweet to Marvel that read: “Hey @Marvel , great job with Cpt America and Thor. Now how about an Asian American hero?”

Liu recalled that at the time the tweet got about 10 likes, “which was like 10 more than I usually got.”

Five years later it was announced that he had in fact won the leading role in Marvel’s first Asian superhero movie. “After I got the part, I went online and tweeted, ‘Thanks for getting back to me,’” he said. “Clearly, I’m Canadian.”

Liu added that his life has changed beyond recognition in the last few years, pointing out that a decade ago he was making a living by dressing up as Spider-Man for children's birthday parties. “I’ll never forget this one birthday boy. His name was Trevor, and I don’t want to say anything bad about him, but let’s just say, he was a real Trevor,” said Liu. “He kept kicking my shins and screaming, ‘You’re not Spider-Man! You’re not Spider-Man!’ Look, I don’t know if you’ve ever been kicked by a seven-year-old while wearing a $30 Walmart Spider-Man suit, but it will break you.”

Liu closed his monologue by accepting that in the end, the child had been correct. “I don’t know where he is now, but Trevor, if you’re watching, I just want to say you were right,” he said with a smile. “I’m not Spider-Man. I’m Shang-Chi, b*tch!”