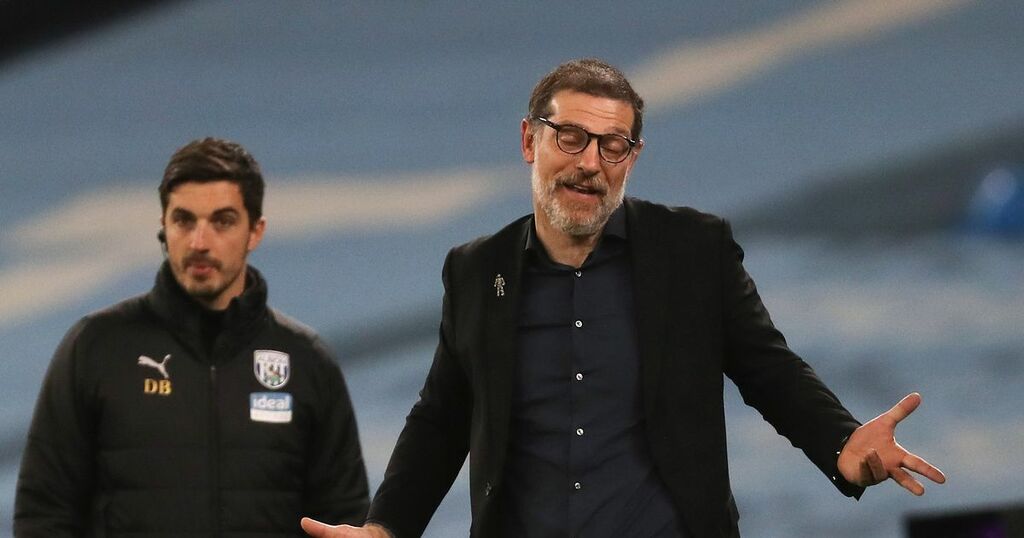 When Slaven Bilic was axed by West Bromwich Albion last December, it came as a shock to most.

The Croatian had steered Albion to promotion months earlier and they were barely a third of the way through the new Premier League season.

Perhaps what was more surprising was the timing of the decision. Bilic had just overseen a hugely credible 1-1 draw away at Manchester City.

But that proved to be his last act in the job. Albion replaced him with the experienced Sam Allardyce but the gamble didn't pay off and they suffered an immediate relegation back to the Championship.

Julian Dicks, who was part of Bilic's coaching team, has now revealed how the staff found out about their impending exits.

Taking up the story, Dicks said: "You're travelling to the Etihad to go and play Manchester City, having just come up from the Championship.

"You know it's going to be a tough game, and everybody has to give 100 per cent to even a chance of taking anything from the game.

"We rode our luck in that game, don't get me wrong, and Sam Johnstone was sensational that night and we managed to nick a draw.

"We were on the coach back home later that evening - we had two coaches, one for players and one for staff - sat at the front, and a couple of the sports analyst lads called me to the back and showed me a story doing the rounds on Twitter claiming we were getting the sack.

"I went 'come on, seriously? We've just drew away at Man City.'

"To be honest, I didn't think anything of it; you know what social media is like. But lo and behold, the next day comes and we get called into the office and that was it.

"Obviously the decision was made before then; they expected us to go to the Etihad, get smashed by four or five and then it would've been an easy decision.

"But it didn't go that way, so clearly the decision had already been made because you just don't get sacked from a club like West Brom off the back of a point away at Man City."

Dicks, a former teammate and coach of Bilic's at West Ham, believes the decision was "a bit harsh" and points to the example of Norwich City as one that Albion's decision-makers could have followed.

City have also endured a yo-yo existence in recent years but kept faith with boss Daniel Farke and were rewarded with the Championship title in 2020-21.

Dicks added: "I don't think the fans took too kindly to the decision, and there's something to take from that. It means you've done something right for their club. Whatever people think of Slaven, he's a really nice man and he's very good tactically.

"Norwich went about it the right way with Daniel Farke; he got them up, then took them down again but the board stuck with him, and they're right back up there again.

"To be honest, I thought the board might've done that with Slaven, but unfortunately the chairman got cold feet and he wanted a change.

"Do I think it was a bit harsh of the board to get rid of us so soon? Most definitely, but I do understand the decision because football's a big business.

"It was a premature decision if you're asking me, but that's football - nothing surprises me in this game anymore.

"We'd just got promoted and didn't really have a lot of money to spend, but the chairman still wanted us to work miracles, and unfortunately that just doesn't happen in football."

Allardyce left upon the Baggies' miserable campaign in the summer and Albion have since hired Valerien Ismael as his replacement.

The ex-Barnsley chief has made a hugely positive start to life at the Hawthorns, with four wins and a draw from their opening five league games.