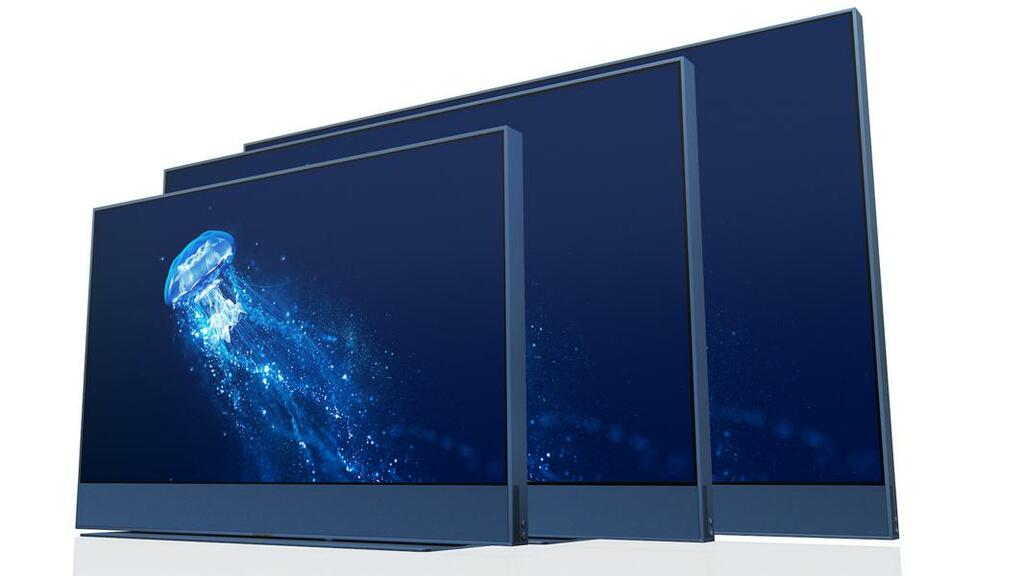 Sky’s tagline is “Believe in Better”. So, the arrival of Sky Glass is big news and seems to fit with this tenet. After all, if you’re one of the millions of people who wants access to the widest range of TV programming but can’t have a satellite dish mounted on their home, or doesn’t want to, then Sky Glass is a revelation.

It provides every single channel and piece of content Sky Q users have, but without the dish, working instead entirely with your home broadband. It also provides a brand-new, gleaming 4K TV. Here’s everything you need to know about the service.

The screen comes in three sizes, small, medium and large. These are respectively 43-inch, 55-inch and 65-inch screens, all elegantly designed and available in a range of five colors from demure and understated (black or white) to deliciously colorful: blue, green and pink. This is a stunningly-designed package down to the absence of a logo (you need to look round the back to see the word Sky etched on to the TV stand) and the presence of a built-in soundbar.

All of which means the spaghetti of wires under your television is significantly reduced, and you only need to add more if you’re connecting your games console, for instance. There are three HDMI sockets for you to do this.

There’s a slick remote control that’s easy to use or you can rely on the screen’s far-field microphones and just say, “Hello, Sky” to command it. You can turn the microphones off with one button on the side of the TV, for instance. It can also be set to automatically turn on if it notices somebody moving near the screen.

Picture quality is very good, though it’s true there are better TVs available. It’s a Quantum Dot LED screen, so it’s bright enough for even well-lit rooms and has great color fidelity. But if you have a favorite TV that you love, you’re probably not going to upgrade from it to this.

Sound is also strong—these are Dolby Atmos-capable speakers—and the fact that they’re integrated with the TV is a real bonus in terms of convenience. But is it a match for a standalone Sonos soundbar, for instance, or the speakers built into the brilliant Panasonic TX-55HZ2000, for instance? Again, not quite.

The big news with Sky Glass includes the lack of a satellite dish. For the first time, you can see all the channels Sky has to offer without a dish on the outside of your home. This is a really big deal and Sky deserves much applause for it.

Instead, you simply connect the TV to your wi-fi and you’re done. It’s a very simple set-up and it means you can place your TV anywhere there’s a power socket and decent wi-fi connection.

Which brings us to the downside: if the wi-fi goes down, so does the TV. It’s true that during an electrical storm the current dish is often rendered useless, but if your broadband sometimes dips to nothing, you’re in trouble. It’s a pretty resilient system, in my experience, but not ideal.

To be fair, this reliance on broadband isn’t entirely new: watching on-demand content on Sky already needs that connection, but the difference is that without wi-fi, this TV and box are useless for watching anything other than DVDs or playing games, assuming you have the right accessory attached.

The new Sky Glass set-up is brilliant. As you’d expect from Sky, it’s incredibly straightforward and easy to understand. There are certain benefits. Because every channel is being streamed, you can often, though not always, choose to start a program from the beginning if you tune in a few minutes late. With Sky Q you can only do this if you were already on that particular channel or this capability is on offer, which it often isn’t.

The interface also includes a very slow scroll through channels in the TV guide—a big change from what Sky Q customers are used to. Creaking through the schedule this was a little painful and may encourage you to search in different ways.

But you need to get your head round a new way of interacting with your TV. There’s no hard drive as there is with Sky Q, so you can’t store programs. Instead, you simply stream whatever you want to watch. But, the truth is, it’s not quite the same. Suddenly, your Sky usage is much more like Netflix, which is one of the services you can directly access through Sky Glass, assuming you have the right subscription in place.

It means, though, that if you have a favorite show that you like to watch over and over, you are at the mercy of it being available on iPlayer or whatever, whereas previously anything you’d recorded to the Sky Q hard drive was yours to watch forever.

This may be less of an issue than it sounds, but it feels like a key benefit has been taken away.

Instead, you can use Playlists to choose shows you want to watch, and when you choose a show you can automatically series-link it so you can easily binge on it later.

Where Sky Q subscribers pay for the channels and services they want and use their own TV, Sky Glass is an all-in one subscription for hardware and services. So, the lowest subscription is $17.50 (£13) a month and includes a 43-inch TV with built-in soundbar. Larger screens and extra channels cost more.

There’s a lot to like in Sky’s all-new TV experience, from the simplicity of the subscription to the design of the TV itself. It’s also a very clever way to upgrade your TV for minimal upfront cost. As such, if you’re about to upgrade your TV, Sky Glass is definitely something to consider.

But the lack of a recordable drive takes some getting your head around and puts you slightly at the mercy of the broadcasters when it comes to what you can watch. That said, the on-demand content Sky offers is considerable, so your favorite movies and TV shows might well be there for the asking.

The picture quality on the 43-inch model I reviewed was great, as was the sound, but neither was really outstanding.

The Sky Glass interface is splendid and I hope it will be introduced to Sky Q in the future. But it leaves some things to be desired. The slow channel guide scrolling needs to be faster, for instance.

The interface feels like it’s an early version and needs to be faster and better to be desirable. Both of those things will come, and probably soon: Sky Q has improved hugely since its debut and the same will happen here. There’s so much that’s brilliant already that it may only take a few tweaks to sort everything.

There’s one other thing to consider: how solid and reliable is your wi-fi? If it comes and goes (and you’ll know this if your Netflix playback sometimes cuts out), then this isn’t as good a solution as Sky Q, providing you’re okay with a satellite dish.

Sky Glass provides admirable simplicity, both in terms of subscription and reducing clutter in your living room. But there are still kinks to be ironed out before it can get a full-throated endorsement.