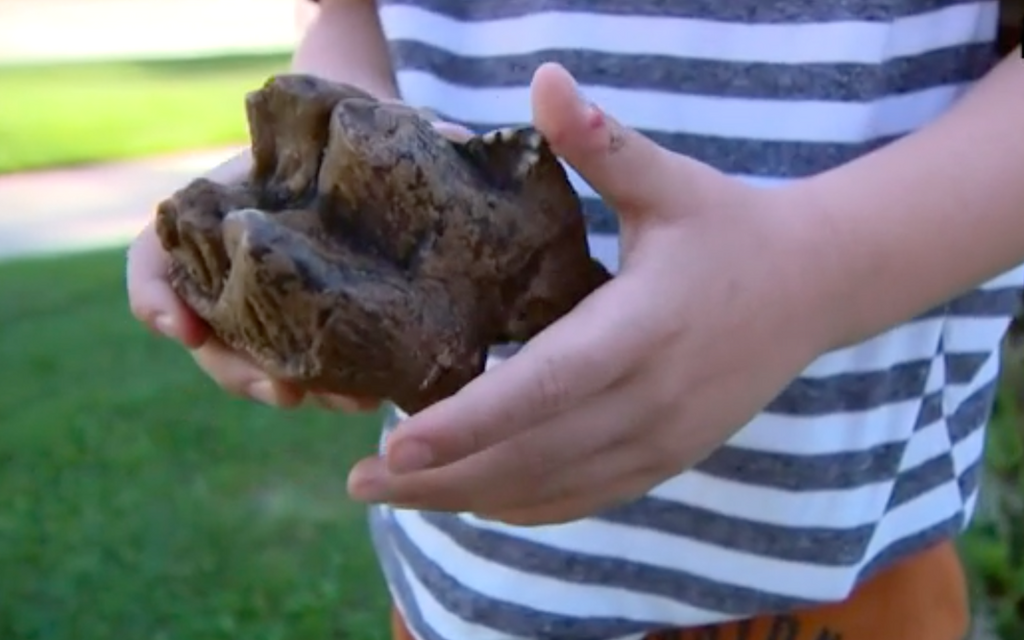 A six-year-old boy discovered a rare mastodon tooth fossil while on a tour of a nature preserve with his family in Michigan.

Julian Gagnon – who found the tooth at the Dinosaur Hill Nature Preserve in Rochester Hills, Michigan in September – said he first thought he would “get a million dollars for the discovery.”

The six-year-old, however, ended up with a behind-the-scenes tour at a paleontology museum and a thought about his future career.

“I just felt something on my foot and I grabbed it up, and it kind of looked like a tooth,” Julian told WDIV, a CNN affiliate.

At first, his family thought it was a rock. But curiosity soon took over and so they googled and found it was the tooth of a mastodon, an ancient creature that inhabited north and central America, until the waning days of the last Ice Age some 10,000 years ago.

Researchers from the University of Michigan’s Museum of Palaeontology, soon after, confirmed the finding to be a mastodon’s tooth, one from a possibly young mastodon and said it was a rare discovery, reported WDIV.

“At first I thought I was going to get money. I was gonna get a million dollars,” he said.

Abby Drake, of the University of Michigan’s Museum of Natural History, said mastodons are hard to be preserved as fossils.

“When an animal dies, most of the time it is scavenged,” she told the channel.

“I’m a little jealous, personally, because finding fossils is something that I wish I could do every day,” she added, pointing to the museum’s rare exhibit on mastodons.

Meanwhile, Julian said he wanted to be an archaeologist but this discovery has now changed his mind. “I think that was a sign that I’m going to be a palaeontologist,” he said.

“The great thing about nature is you never know what you’re going to find, and that even if you are an expert, it doesn’t mean that you’re going to be the one to find things,” said Amanda Felk, a programme director with the Dinosaur Hill Nature Preserve, acknowledging Julian’s discovery.

The museum authorities said there is no plan to display the tooth to the public for now. They are, however, going to use it to do more research.

The mastodon tooth found by Julian will be donated by his family to the University of Michigan’s Museum of Palaeontology. As a token of appreciation, Julian will get a behind the scenes tour.

“These things are so valuable in the long term for research about how the animals live,” Adam Rountrey, the Museum of Palaeontology’s research collection manager told local media outlet MLive.

“Mammoth and mastodon fossils are relatively rare in Michigan, but compared to other places in the United States, there actually have been more occurrences,” he added.