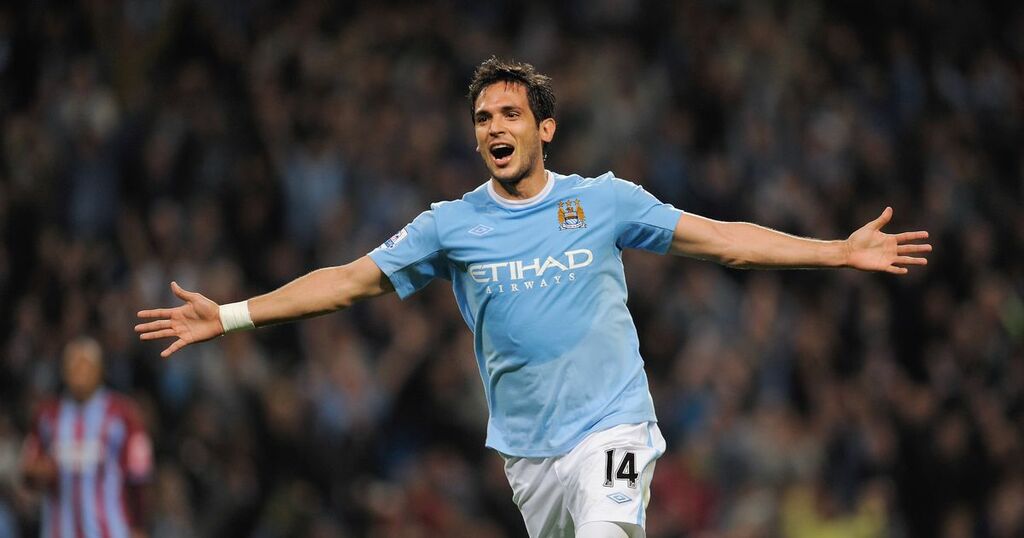 When it comes to the art of perfecting recruitment, Manchester City, more often that not, have got it bang on the money since the big-money takeover that transformed the club's fortunes in 2008.

From the signing of Kevin De Bruyne to the sensational addition Sergio Aguero, City have boasted far more successes than they have failures in the transfer market in recent years.

However, for all of those success stories, as with any club there have been some deals that have not quite worked out how anyone had hoped for — whether it be the addition of big-name striker or experienced defender.

Big names have failed to live up to expectations and players considered to have huge levels of potential within their lockers have failed to make the grade and meet the standards required to play for a club of City's stature.

With that in mind, MEN Sport has taken a close look at six City incomings from recent years that went wrong within the first six months of their arrivals.

Signed at the very end of the summer transfer window in 2012, Maicon — after six years at Inter Milan — swapped the San Siro for the Etihad Stadium, joining City in a £3million deal.

However, Maicon, despite all of his experience and quality, failed to make the grade in England and returned to Italy less than 12 months after touching down on English soil, joining Roma.

His time at City consisted of just 13 appearances, meaning it proved to be a disastrous spell for the now-40-year-old.

He often found himself in and out of the team in his maiden season as a City player, so much so that he was sent out on loan to Sunderland in February 2009, just months after he'd arrived at the Etihad Stadium.

He did not play for City again following his return from Sunderland and joined Portsmouth on a permanent deal just over a year after joining the Blues. He made 15 appearances in total for City.

Despite making just three appearances for City during his first spell at the club between 2014 and 2018, City triggered a buyback clause in Angelino's contract in 2019, re-signing him from PSV Eindhoven, just 13 months after being sold.

His return to City did not prove to be much better, with just 12 appearances in all competitions by January in 2019/20. That meant that he was offloaded again in January 2020, this time being sent on loan to RB Leipzig for the remainder of the season.

It was then confirmed in September 2020 that he would spend the 2020/21 season on loan at Leipzig once again, before the move was made permanent in February last year.

It just wasn't meant to be for Angelino at City, though he's faring well in Germany.

Going from strength-to-strength at Everton at the time, City made the decision to swoop for Rodwell in the summer of 2012 for an initial fee of £12million.

The central-midfielder, at the time, was only 21 years old and his career was on an upward trajectory, with the former Everton man having produced a string of fine performances on Merseyside.

However, his time at the Etihad Stadium did not go according to plan. A long-term hamstring injury derailed his progression and restricting him to 15 appearances in all competitions

The following season proved to be even more frustrating for the former England international as he made just 10 appearances in all competitions — which meant he earned just 109 minutes of Premier League football in the entirety of the 2013/14 season.

He joined Sunderland in August 2014 for an undisclosed fee.

Having made 20 Championship appearances for Fulham during the 2014/15 season, producing a string of fine performances, City made the decision to make a £12million move for Roberts — who was only 18 at the time — in the summer of 2015.

He was considered as a signing for the future with enormous potential. And while regular starting berths in the Premier League were never likely for a player so young and inexperienced at the time, he would have expected to feature more often in cup competitions.

However, he earned just three appearances during the 2015/16 season and he has not made one since, instead being farmed out on loan on six occasions, including spells with the likes of Norwich City and Derby County.

He remains on City's books and is currently being linked with a loan move to Sunderland, amid a failed stint at French outfit Troyes.

Having adapted to life in England well with Blackburn Rovers, City made the decision to bolster their attacking options in 2009 with the signing of Santa Cruz, signing him on a four-year deal.

The Paraguay international had scored 23 goals in the Premier League in two seasons at Blackburn and City hoped he could replicate that level of quality at the Etihad Stadium.

However, he failed to live up to the hype in Manchester, scoring just four goals in 22 appearances in his maiden season at the club. It was soon apparent that it was not going to work out how anyone had hoped for, with his Premier League outings coming in dribs and drabs.

Opportunities became more and more infrequent in 2010/11 and he was sent out on loan in January 2011, returning to Blackburn for the remainder of the season. He left City on a permanent basis in 2013, following further loan spells at Real Betis and Malaga.

We've teamed up with LiveScore to invite fans to nominate their favourite results - the games which were much more than a score. Nominate the match that mattered to you here .