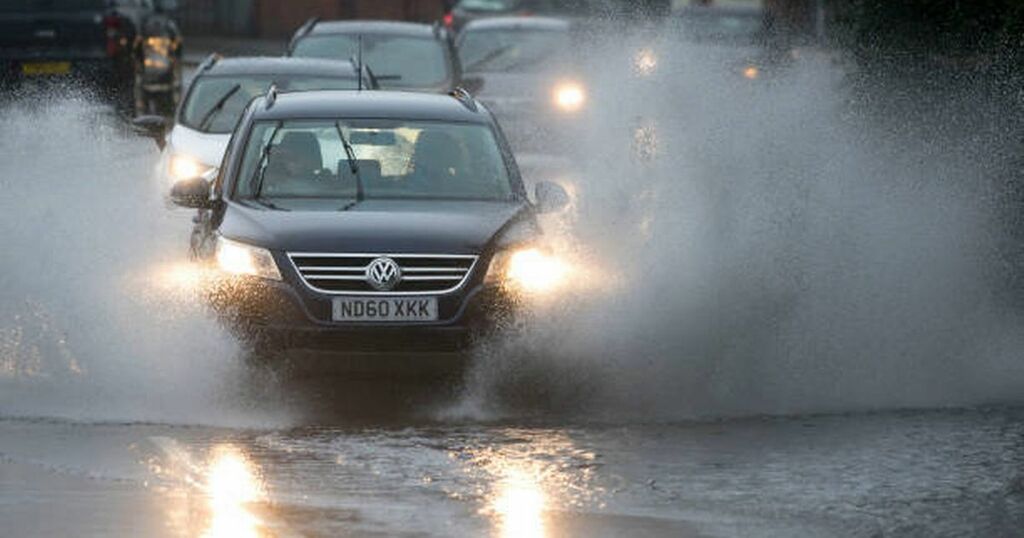 Every motorist travelling in Ireland must be aware of the rules of the road before they pass their driving test.

The strict system requires learners to pass a theory test as well as a practical exam which includes further questions.

While many people know all the basics in order to travel safely and avoid penalty points and fines, there are some road safety rules that many of us break all the time without being aware of it.

There are several common things Irish drivers do that are actually illegal, although this will be news to many people.

Here are six such common occurrences that are actually in violation of road safety rules:

1. Leaving your car to defrost unattended

Road users could be hit by fines ranging from €1,000 to €2,000 or even three months in prison if they are found to have left their vehicles unattended with the engines running.

Under road traffic laws in Ireland, it is an offence to leave vehicles "unattended with the engine running on any public road, even in the instance that the public road adjoins a person’s property or driveway".

A spokesperson for the Department of Transport confirmed to the Irish Mirror the hefty fines associated with breaking this law.

The penalties for this offence, provided by Section 102 of the Road Traffic Act, 1961, are:

(b) in the case of a second offence (or of a third or subsequent such offence other than an offence referred to in the next paragraph) to a fine of up to € 2,000, and

(c) in the case of a third or subsequent offence in any period of twelve consecutive months—to a fine of up to € 2,000 or, at the discretion of the court, to up to three months imprisonment or to both a fine and imprisonment.

It is hard to avoid puddles in Ireland given the constant rain both as a pedestrian and a driver.

However, motorists could face fines for splashing pedestrians while driving through puddles at speed.

According to section 52(1) of the Road Traffic Act, 1961: "A person shall not drive a vehicle in a public place without due care and attention, or without reasonable consideration for other persons using the place."

Section 52(2) adds that anyone who does not follow this rule or deliberately breaks it is breaking the law.

3. Blowing the car horn in anger

Most motorists hate hearing horns been blown but sometimes these are necessary to avoid incidents such as collisions.

According to the Rules of the Road, drivers should only use a horn to warn other road users of on-coming danger, or make them aware of your presence for safety reasons when reasonably necessary.

However, people are warned to not use a horn in a built-up area between 11.30pm and 7am unless there is a traffic emergency.

Therefore, you're in violation of the law if you use your horn excessively.

4. Smoking in the car

Ireland became the first country in the world to introduce a ban on smoking in workplaces in March 2004.

Anyone living in the country will know there are strict rules here on where smoking is permitted, with the habit not allowed in many indoor settings.

From January 1, 2016 it became an offence to smoke in vehicles when children are present.

Drivers fave fines of €100 for breaking this rule, while they are also responsible for other passengers who choose to smoke if there is a child in the vehicle.

5. Having a dirty number plate

In Ireland, there are strict rules about the format, dimensions and technical specifications of vehicle registration plates that are displayed on vehicles, according to Citizens Information.

They add that "failure to have a registration plate that conforms to these standards can result in a fine".

The main requirements on the format of vehicle registration plates are:

Citizens Information provide that vehicle registration plates "must be fixed to the front and rear of your vehicle and be clearly visible at all times".

Therefore, motorists who do not have their number plate visible because it is covered in dirt could be found in breach of road safety laws.

6. Taking your pet out of the car if you break down

There are strict rules on what to do if your car breaks down on the motorway.

Drivers are advised to move their veciles to the hard shoulder and contact gardai.

They must then leave their vehicle through the left-hand door and make sure your passengers do the same.

When it comes to pets, the Rules of the Road say that road users should leave animals in the vehicle or, in an emergency, keep them under control on the verge.