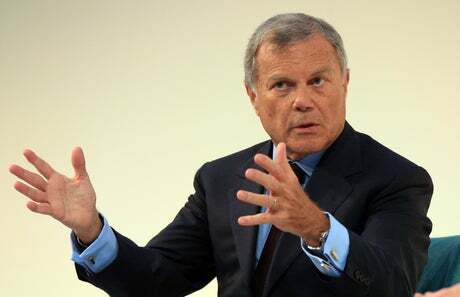 Ad guru Sir Martin Sorrell has warned that deteriorating US-China relations are causing significant issues for multinational businesses like his.

The S4 Capital boss told the Standard that the brewing cold war between the West and China was the “biggest commercial issue” facing business.

“We are looking at China, we want to expand,” he said. “We have to do it carefully.”

S4 Capital has offices in Shanghai and Sorrell said China was an “extremely important” market. But the company is being forced to think carefully about how it operates there, given the deteriorating geopolitical situation.

“You can’t automatically assume that the way that we did it at WPP… that that will still work,” Sorrell said.

Companies like HSBC and Huawei have been caught in the cross-hairs of hardening political relations between China and the West. Politicians have closely scrutinized both businesses, causing operational challenges and hitting Huawei’s sales.

Sorrell said investors should think about S4 more like Google or Facebook than WPP or Publicis. Analysts at Morgan Stanley said there was a “widening” gap with more traditional rivals.

“We really are a royalty on the growth of the digital transformation,” he said.

Sorrell set up digital advertising business S4 after leaving WPP under a cloud in 2018. Today’s interim results marked the third anniversary of S4’s founding. The business has grown rapidly through a series of takeover deals and major contracts with the likes of Facebook. S4 recently helped the social media giant launch its “metaverse” virtual reality concept.

S4 is adapting to new platforms by making shorter and more targeted ads for platforms like Facebook and TikTok, while rivals “hark back to the days of Don Draper and Mad Men,” Sorrell said. “You have to execute in different ways.”

S4 is embracing new platforms as well as advertising on them and Sorrell said S4 would be holding virtual board meetings on Facebook’s Workrooms, part of its ‘metaverse’ concept.

“Some people were skeptical of the headsets but now it’s much, much better and more efficient,” he said. “The metaverse is going to become much more important, particularly as we do much more working from home and more flexible working.”

Sorrell is monitoring other new innovations such as non-fungible tokens (NFTs), a spin-off of cryptocurrencies that has recently captivated the art world. Sorrell said he thought the technology had some interesting use cases for low value, high volume transactions.

While S4’s billings and revenues soared in the first half of 2021, deal costs weighed on the company’s bottom line. S4 spent £23.6 million on acquisitions in the first half of the year, contributing to one-off costs of £47.5 million. As a result, S4 made a pre-tax loss of £19.4 million.

Shares slipped 7% in London, valuing the business at £4.2 billion.

Sorrell said more deals were in the works as S4 continues its growth spurt.

“You’ll see something from us this week,” he told the Standard.