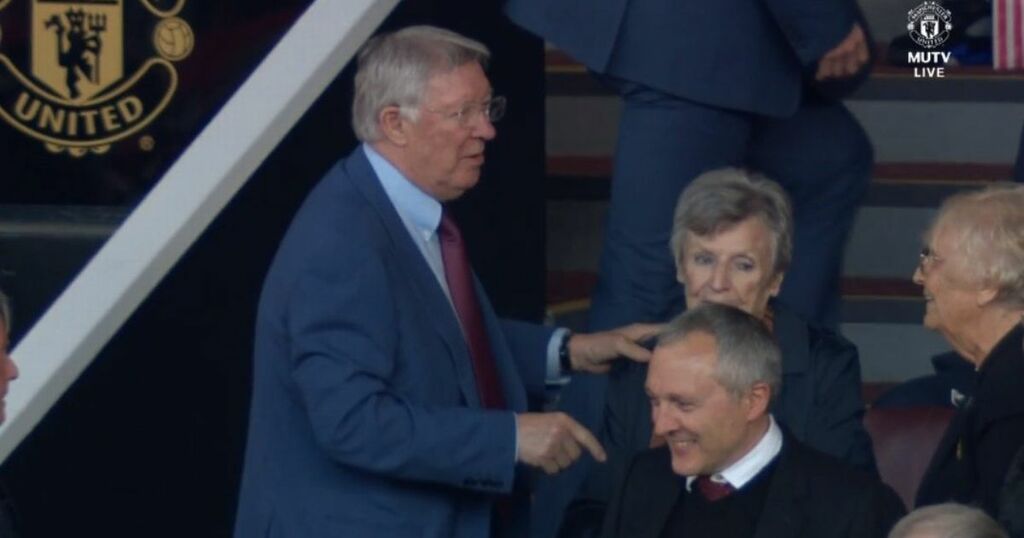 West Ham travel to Brighton on Sunday still with something to chase.

Sir Alex Ferguson was among the thousands in attendance to watch Manchester United's next generation in the FA Youth Cup final.

Old Trafford was the venue on Wednesday night as the Red Devils' young guns hosted Nottingham Forest, with more than 67,000 tickets sold for the contest. United booked their place in the final with a comfortable 3-0 victory over Wolves, courtesy of a brace from Charlie McNeil and a goal from highly-rated prospect Alejandro Garnacho.

It was the biggest crowd both sides will have ever played in front of, and there were a number of famous faces in the stand. Legendary former manager Ferguson cast his eye over the next wave of United hopefuls, and was sat next to former England boss Sam Allardyce.

A number of United's first-team stars also showed their support by taking their place in the crowd. Eric Bailly, David de Gea, Bruno Fernandes, Phil Jones, Scott McTominay and captain Harry Maguire were among those in attendance, according to the Manchester Evening News.

Representatives from the 'Class of 92' came in the form of Ryan Giggs and Nicky Butt, while invites were also extended to Michael Carrick and Kieran McKenna due to their work with the youth players. Older members of the academy setup took their place in the directors box, with Alvaro Fernandez and Shola Shoretire among those reportedly spotted.

Speaking ahead of the showpiece final, youth captain Rhys Bennett told reporters: “It’s a massive game, significant in the club’s history. We’re proud to get to the final. We’re buzzing. Comfortably the biggest crowd we’ve played in front of.

HAVE YOUR SAY! Who is the first signing Erik ten Hag needs to make at Manchester United? Comment below!

"It’s an amazing experience for every one of us. It’s the closest you can get to a first-team game, playing in front of thousands of fans, an unbelievable opportunity.”

The turnout for the FA Youth Cup final is a rare highlight in what has otherwise been another dismal campaign for United. The Red Devils have seen their Champions League aspirations disappear, and now face a fight to hold on to sixth spot following their humbling four-goal thrashing at Brighton.

United will conclude the season away at Crystal Palace, and the scale of the rebuild facing incoming boss Erik ten Hag has been laid bare in recent months. Interim boss Ralf Rangnick has reportedly lost out on a £1m bonus after failing to land a top-four finish, and former defender Rio Ferdinand did not hold back in his criticism following the humiliating defeat at the Amex.

Ferdinand told his FIVE YouTube show: "If you asked Albert Morgan, the kit man, he would have said there would be a lot of cleaning up to do. I would have messed up that changing room for starters. I would have gone nuts.

"You have to question each other, asking questions of each other. Does anyone f****** care? I want to know that those questions are being asked. Because if I smelt that somebody didn't care, I would be calling them out."