Singer R. Kelly gets 30 years in jail over sex crimes

New York (AFP) - Disgraced R&amp;B singer R. Kelly was sentenced to 30 years behind bars on Wednesday for leading a decades-long effort to recruit and trap teenagers and women for sex.

The sentence, stiffer than the 25 years in prison that prosecutors had sought, caps a long downfall for the 55-year-old former superstar.

"I'm grateful that Robert Sylvester Kelly is away and will stay away and will not be able to harm anyone else," victim Lizzette Martinez told reporters outside the Brooklyn federal court.

In September, the "I Believe I Can Fly" artist was found guilty on all nine charges he faced, including the most serious of racketeering.

"The public has to be protected from behaviors like this," judge Ann Donnelly said, handing down the term.

Breon Peace, the US attorney for the Eastern District of New York hailed the sentence as a "significant outcome" for the 11 victims who testified about the "horrific and sadistic abuse they endured."

Kelly's lawyers called for a lighter sentence with a maximum of approximately 17 years.

Attorney Jennifer Bonjean told the judge that her client was the product of a "chaotic" upbringing that included being sexually abused as a child.

"Mr Kelly rejects that he's this monster," Bonjean said, later telling reporters outside court that she would appeal.

Kelly, a three-time Grammy Award-winner, chose not to speak at the hearing due to pending litigation.

The sentence comes just over a month before jury selection is due to start in Kelly's separate, long-delayed federal trial in Chicago on August 15.

In that case, Kelly and two of his former associates are alleged to have rigged the singer's 2008 pornography trial and hid years of sexual abuse of minors.

The musician who once dominated R&amp;B also faces prosecution in two other state jurisdictions.

Kelly's conviction in New York was widely seen as a milestone for the #MeToo movement: It was the first major sex abuse trial where the majority of accusers were Black women.

It was also the first time Kelly faced criminal consequences for the abuse he for decades was rumored to have inflicted on women and children.

Prosecutors were tasked with proving Kelly guilty of racketeering, a federal charge commonly associated with organized crime syndicates that depicted Kelly as the boss of an enterprise of associates who facilitated his abuse.

Calling 45 witnesses including 11 victims to the stand, they painstakingly presented a pattern of crimes they say the artist born Robert Sylvester Kelly carried out for years with impunity, capitalizing on his fame to prey on the less powerful.

To convict Kelly of racketeering, jurors had to find him guilty of at least two of 14 "predicate acts" -- the crimes elemental to the wider pattern of illegal wrongdoing.

His accusers described events that often mirrored one another: Many of the alleged victims said they had met the singer at concerts or mall performances and were then handed slips of paper with Kelly's contact details by members of his entourage.

Several said they were told he could bolster their music industry aspirations.

But prosecutors argued all were instead "indoctrinated" into Kelly's world -- groomed for sex at his whim and kept in line by "coercive means of control," including isolation and cruel disciplinary measures, recordings of which were played for the jury.

Core to the state's case was Kelly's relationship with the late singer Aaliyah.

Kelly wrote and produced her first album -- "Age Ain't Nothin' But A Number" -- before illegally marrying her when she was just 15 because he feared he had impregnated her.

His former manager admitted in court to bribing a worker to obtain fake identification allowing the union, which was later annulled. 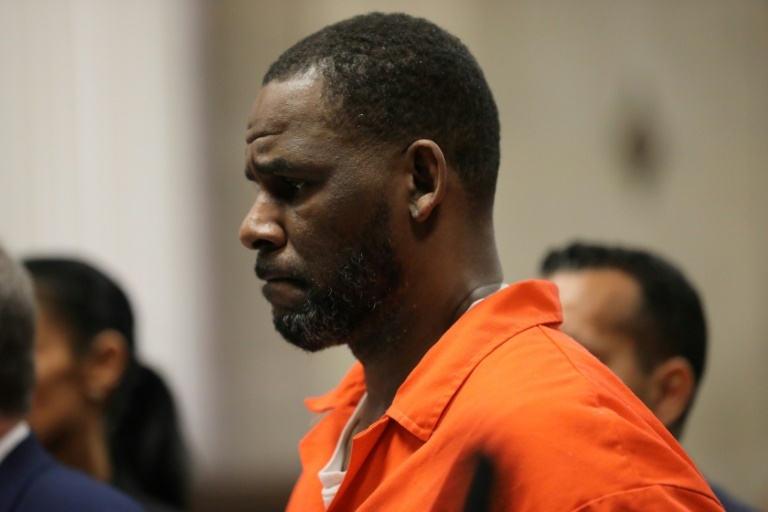 AFP
From analysis to the latest developments in health, read the most diverse news in one place.
Singer R. Kelly faces sentencing over sex crimes case

Disgraced 90s singer R. Kelly, 55, was branded a 'predator' who used his fame and fortune to 'prey on the…