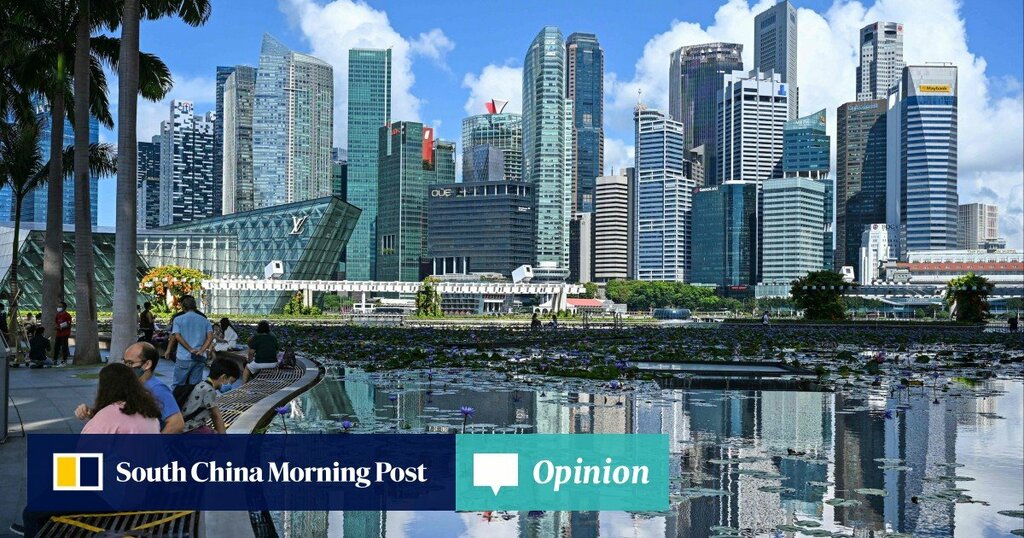 Among the industries that were hit hardest by the Covid-19 pandemic, real estate was at the top of the list. In the commercial sector, all the main regions of the world suffered double-digit year-on-year declines in transaction volumes last year, with the hotel, retail and office markets suffering the most.

Even in the residential sector, where house prices in many major cities have surged since the pandemic erupted, buoyed by ultra-low borrowing costs and the search for more space, some of the world’s top metropolises, including New York and Paris, continued to suffer falls in prices in year-on-year terms in the second quarter of this year.

While there have been pockets of resilience in the worst-affected economies, and some segments of the property industry – in particular the e-commerce-driven logistics sector – have thrived during the pandemic, no country has emerged from the crisis unscathed.

However, in Asia, one market has performed significantly better than its peers, both at home as well as on the global stage.

Singapore has not only shown exceptional resilience, it has come out of the crisis even stronger in certain areas of the property industry. While idiosyncratic and external factors are at play – some of them advantages that have been accentuated by Covid-19, others having more to do with vulnerabilities in other countries – the city state has “a lot going for it”, said Neil Brookes, global head of capital markets at Knight Frank in Singapore.

The most conspicuous example of the strength and appeal of the nation’s property sector is the booming residential market, especially the luxury segment. Between January and August this year, private sales reached US$33.2 billion, the highest volume for the first eight months of the year since 2011, according to data from ERA Singapore.

Sales of luxury homes in the second quarter of 2021 hit an 11-year high, with buyers snapping up 30 super-luxury condominium units above US$7.4 million, data from OrangeTee & Tie shows.

What is more, over 75 per cent of the high-end condominium units sold in the first half of this year were bought by Singaporeans, as the country’s growing population of millionaires – the second-highest in Asia after Hong Kong – benefits from the monetary policy-induced surge in asset prices.

Despite a red-hot luxury market, average private home values have slowed this year due to government restrictions to contain the spread of the virus, making the imposition of cooling measures less likely.

Singapore to open travel corridors with 8 ‘living with Covid’ nations

In the commercial property sector, Singapore is ticking the right boxes. While renewed virus-related curbs have dampened office leasing volumes, net take-up is expected to remain firmly in positive territory for the year as a whole, while rents for grade A offices in the central business district are forecast to continue to rise, in contrast to many other markets in the region, notably Hong Kong.

Robust demand from technology companies – the pandemic has helped cement Singapore’s role as Asia’s leading tech hub, providing an ideal springboard for Chinese firms seeking to expand overseas – and limited supply in the central business district in the coming years bode well for rental growth. A report published by JLL last month predicted that rents could increase 25- 30 per cent over the next five years, the sharpest increase in Asia.

Singapore’s competitive edge as a global tech hub has been a boon for the industrial and logistics market, and has made the city state one of the world’s most attractive locations to build data centres, one of the hottest real estate asset classes right now.

Yet, it is in the capital markets where Singapore’s outperformance is most pronounced. Benefiting from one of Asia’s most mature listed real estate investment trust regimes, the nation’s commercial property investment market can rely on a large and liquid domestic institutional investor base, one that not only facilitates the deployment and recycling of capital, but also provides a platform for global expansion.

Singapore’s acquisitive state-backed investment funds – GIC and Temasek-owned Mapletree Investments – have been extremely active in overseas markets since the virus struck, buying sought-after assets across Asia, the US and Europe, notably in the life sciences, student housing and retail sectors.

Singaporean buyers are also known for making big bets on secular trends in the global economy, a strategy that is serving them well in the post-pandemic world. “They’re way ahead of the curve in capitalising on structural themes,” said Brookes.

Singapore’s government is making its own bold bet by jettisoning a zero-tolerance approach to the virus in favour of one that treats the pathogen as endemic, allowing the economy to reopen. While the city state boasts a high vaccination rate – over 80 per cent of the population are fully vaccinated – the decision remains controversial.

However, for the property industry, it adds to the appeal of an economy underpinned by political stability, a stable currency, strong rule of law and business-friendly policies.

As Asia’s real estate industry recovers from the pandemic, Singapore has already passed its Covid-19 test with flying colours.

Nicholas Spiro is a partner at Lauressa Advisory