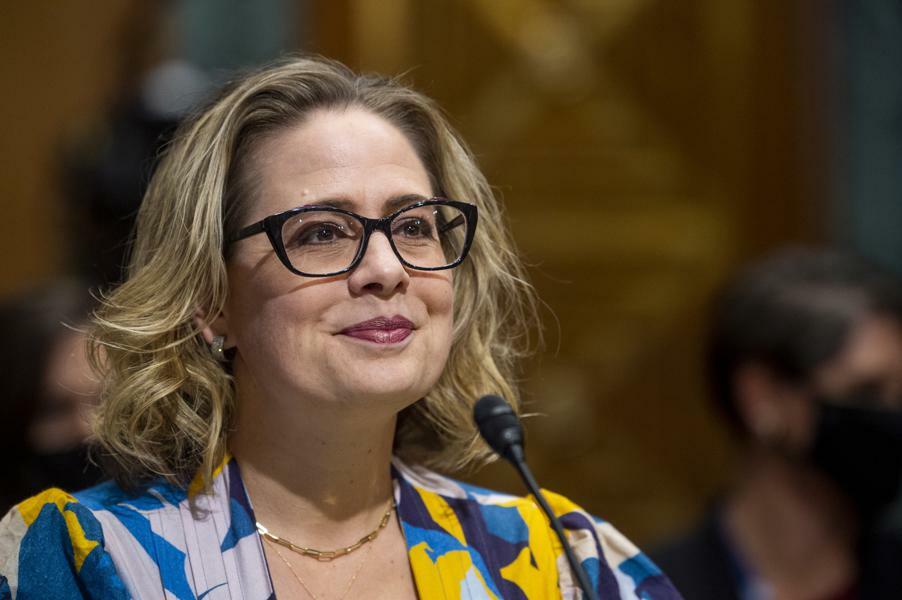 Sinema said Democratic calls to eliminate the filibuster, including from President Joe Biden, have not changed her “longstanding support” for the 60-vote threshold.

Every Democratic senator needs to vote to eliminate the filibuster for it to happen, since Senate Republicans unanimously oppose the effort, which requires a simple majority vote from the chamber that is split 50-50 between the Democratic and Republican caucuses.

In her speech, Sinema said she supported sweeping voting rights reform proposed by Democrats, but claimed nuking the filibuster would only serve to further fuel political divisions in the United States.

“These bills help treat the symptoms of the disease, but they do not fully address the disease itself,” Sinema said of Democrats’ voting rights legislation. “I will not support separate actions that worsen the underlying disease of division affecting out country.”

Even with no path forward for passing voting rights reform, Biden appeared undeterred after Sinema’s speech, tweeting “21st century Jim Crow is about voter suppression and subversion—it’s about who gets to vote, who counts your vote, and whether your vote is counted. The Senate must pass the John Lewis Voting Rights Advancement Act and the Freedom to Vote Act.” Biden plans to meet with Senate Democrats for a lunch Thursday to discuss the legislation.

Biden and top congressional Democrats have framed expanding voting rights as critical to the party’s agenda, as Republican-controlled state legislatures across the country pass bills making it harder to vote. The House of Representatives Thursday morning passed a bill along a straight 220-203 party-line vote combining proposals in the Freedom to Vote Act and the John Lewis Voting Rights Advancement Act, which would make Election Day a federal holiday, allow for same-day voter registration and set national standards for early voting, among other changes. Republicans have slammed the effort as a federal power grab from states, which control their own election processes. With apparently no hope of getting enough GOP votes to break the filibuster, Biden on Tuesday said Democrats have been left with “no option” but to eliminate the filibuster on their own.

Sinema also blasted the GOP’s 2017 decision to eliminate the filibuster for confirming Supreme Court nominees, arguing that’s made for a more partisan court.