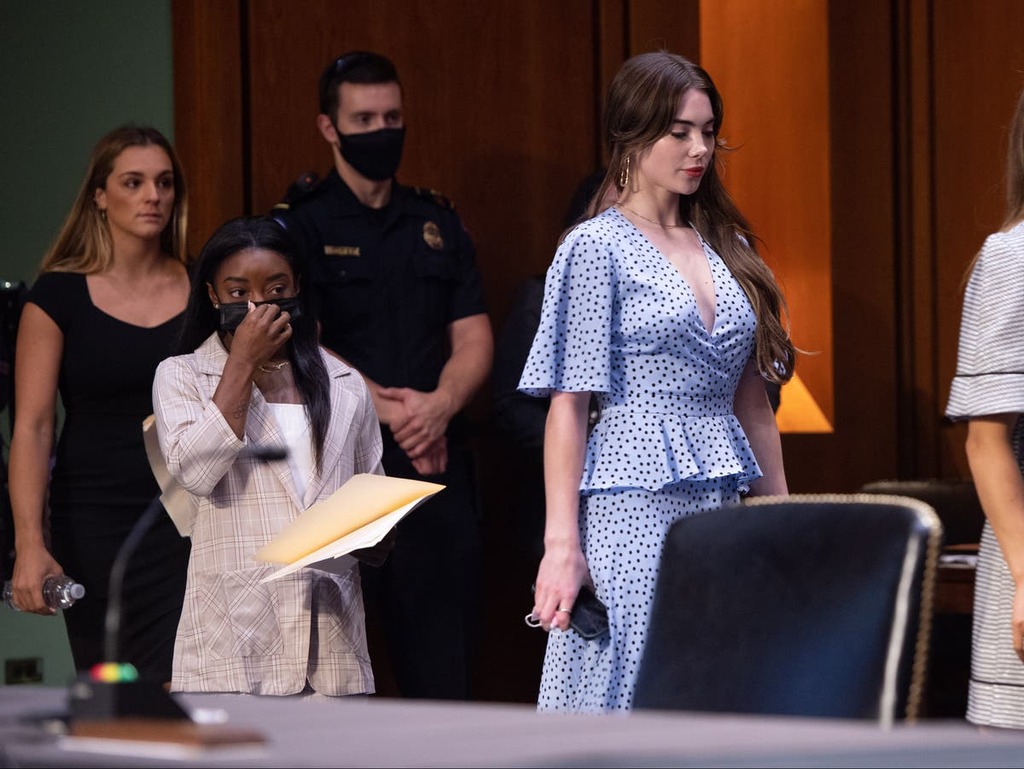 Olympic gymnast Simone Biles broke down as she delivered an emotional testimony at the US Senate’s hearing on the FBI’s investigation into former Team USA doctor Larry Nassar, who was jailed for sexual wrongdoing.

Ms Biles told the hearing, which is considering the FBI’s handling of its investigations into Nassar, that Team USA and US Gymnastics bodies both “failed to do their jobs” to stop Nassar sexually abusing her and almost 150 women, it is alleged.

In her opening statement to the Senate Judiciary Committee, the Olympic gymnast said: “[T]he organisations created by Congress to oversee and protect me as an athlete, USA Gymnastics, and the United States Olympic and Paralympic Committee, failed to do their jobs”.

“I don’t want another young gymnast, Olympic athlete, or any individual to experience the horror that I and hundreds of others endured,” Ms Biles said, “in the wake of the Larry Nasser abuse.”

She finished by saying the she blamed “Larry Nasser, and I also blame an entire system that enabled and perpetrated his abuse”, for her suffering, before adding that “It really feels like the FBI turned a blind eye to us”.

Her remarks came before other testimonies from Maggie Nichols, Aly Raisman, and McKayla Maroney, who also criticised the FBI for failing to fully investigate allegations that US Gymanstics’ former doctor abused her at the London 2012 Olympics.

"Not only did the FBI not report my abuse, but when they eventually documented my report 17 months later, they made entirely false claims about what I said," Ms Maroney said, visibly angered.

Wednesday’s hearing follows a report from the US Justice Department in July which heavily criticised the FBI for its investigation into Nassar, which started in 2015.

Only one interview with a witness was allegedly held after US athletics bosses reported Nassar to an FBI office in Indianapolis, nor did the FBI alert state and local authorities, it has been alleged.

Nassar was instead arrested in 2016 on charges of possessing sexually explicit images of children, and jailed the following year for molesting women gymnasts. Prosecutors have estimated he sexually assaulted hundreds of women.

Additional reporting by The Associated Press.