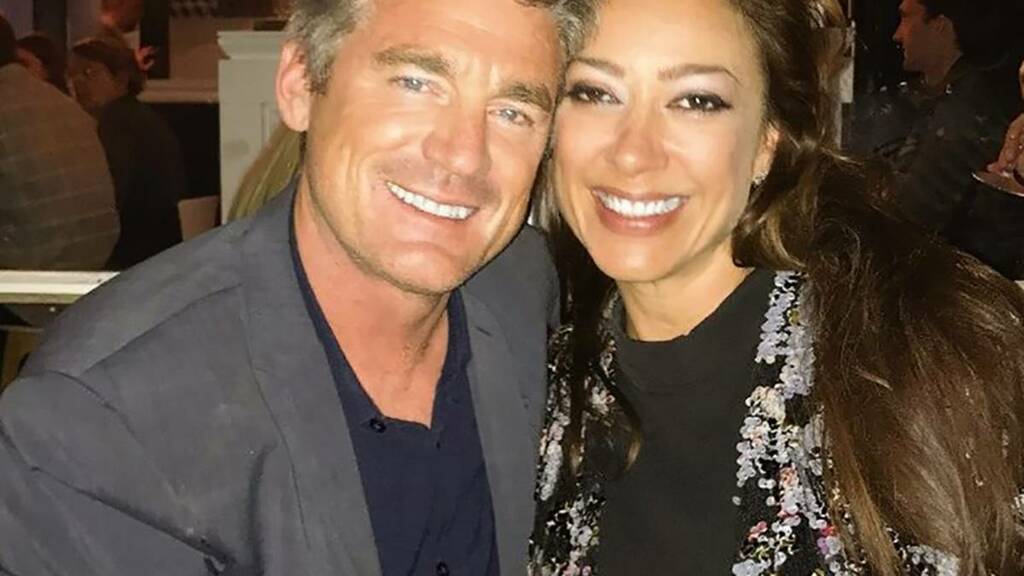 Simon Greenwood endured more than 1000 days accused of killing his girlfriend in a horrific motorcycle crash as the pair returned from a romantic weekend getaway.

Despite his name finally being cleared this week, the Auckland businessman says the judge's not guilty verdict was "bittersweet".

Greenwood's girlfriend, mum-of-three Nikki Gapes, was the "most incredible, kind and loving person" and being acquitted wasn't going to bring her back.

"It was an unnecessary tragedy and so unimaginably hard on Nikki's friends and family, as well as mine," he told the Herald on Sunday in an exclusive interview.

"I am very sad the process took so long and I was charged without all the evidence and the investigator not knowing the basic road rules. The three and a half years it took to get to this point has caused so much turmoil and grief for my family and Nikki's family," Greenwood said.

Gapes was a passenger on Greenwood's Kawasaki ZX motorbike when she died in a crash on the Kaipara Coast Highway in January 2018. The couple were returning home from spending Auckland Anniversary weekend in Russell.

Witnesses said the pair were weaving in and out of holiday traffic before Greenwood, Gapes in pillion, attempted to overtake a line of southbound traffic in the northbound lane.

A grey Mazda was turning right into Mangakura Boat Club and the two vehicles collided.

Gapes died at the scene. Another motorcyclist, Jeremy Winks, and Greenwood were seriously injured.

"It cannot be ruled out that the Mazda crossed the centreline into the paths of the two motorcyclists at a much earlier point than estimated by police," Judge Crosbie said in acquitting Greenwood in a decision released on Monday.

Before Gapes and Greenwood began their motorbike journey back home, she texted: "Mum, I will be home by 3.30."

"That was the last thing we said to each other. Nikki didn't like that bike and I believe if she wasn't on it, she would still be alive," Gwenda told the Herald on Sunday shortly after Greenwood's trial in June.

Gwenda and husband Sonny Dean, told the Herald on Sunday they are disappointed with the decision but want to get on with their lives.

At the time of Greenwood's trial, the pair wanted justice for their daughter.

"We want to know what happened, if Nikki suffered. After the accident, we didn't hear from Simon for days. We saw him the day of Nikki's funeral. He didn't have the heart to say 'Sonny, I am sorry about what has happened'," they said at the time.

They were astounded Greenwood had "moved on" and found a new partner weeks after they had buried their daughter.

Greenwood told the Herald on Sunday this week that he has never "moved on" but has "moved forward one day at a time."

He is disappointed he has been harshly judged by others.

"Toni, [my late wife] and Nikki will be with me forever. I now have someone new in my life. I know some people have judged me for this as they believed it was too soon after Nikki's death. My partner has really helped me deal with the grief of losing two partners.

"We talk about Nikki most days. I never wish for anyone to have to walk in my shoes, and hope that people can find kindness in their hearts, without judgement, for anyone that has gone through great loss," Greenwood said.

Gwenda and Sonny were frustrated it took three years for the matter to be heard in court. They were upset Greenwood had fought for the charges to be dismissed as a result of lengthy delays.

More than 1000 days passed since Greenwood was charged over the death of Gapes and the case reaching trial.

Greenwood, 52 at the time of the crash, was knocked unconscious and suffered broken ribs and internal injuries in the crash that killed Gapes. He was hospitalised for three days.

The businessman was charged months later and entered a not guilty plea on July 26 that year.

Four months ago, there was a hearing at the Auckland District Court where Greenwood's lawyer, David Jones QC, prosecutor Sergeant Paul Wightman, and Judge Claire Ryan outlined incidents that repeatedly caused Greenwood's trial to be delayed.

The court heard defence counsel and witnesses were unavailable on seven occasions.

Judge Claire Ryan said when the trial was ready to begin in August 2020, police inexplicably stood witnesses down when Auckland entered a snap Covid-19 lockdown.

Another time, a key police witness suffered a serious health issue. And another, earlier delay resulted from North Shore District Court not having a roster that provided for judge-alone trials lasting more than one day.

Judge Ryan said "systemic" issues did not provide a valid reason for delays. "In this case, somebody died, and, in my view, that makes this case serious," she said.

According to Gapes' parents, Greenwood met Nikki not long after he had split up with a former partner.

"Nikki got together with Simon and died within that year, it's terribly sad, Gwenda said after Greenwood's trial.

Greenwood said the impact of Gapes' death had affected many lives and caused irreparable damage.

"After losing my wife to cancer and then losing my partner Nikki, who had been a friend for many years, and whom I loved very much, my life has had plenty of lows. I have remained close to Nikki's wonderful children, and I know that Nikki would be very proud of the fantastic adults that they are turning into. Nikki was also the godmother of my youngest daughter.

Both our families shared last Mother's Day together, which was very special, but also very sad. Seeing both our families' children without mothers is pretty hard to deal with," Greenwood said.

Sonny said the first time he held his eldest daughter in his arms he was smitten.

"From the day Nikki was born, it actually changed me. I was a different person. I cried when she was born and I still have tears now when I talk about her," he told the Herald on Sunday after the trial.

Genetically blessed, Gapes won baby competitions and her first beauty pageant at 6 years old. She started modelling in her teens and worked alongside supermodel Elle MacPherson.

Gwenda described Nikki earlier this year as a "vibrant, forceful and a great leader."

"I miss not being able to pick up the phone and ask her for advice. We talked regularly and we would babysit the kids once a week or I would cook a roast and take it around. We were a very close family."

Greenwood says he understands the enormity of her parents' loss.

"The grief of losing a child must be inconceivably traumatic in every way. Even though I knew I was not at fault, hearing that Nikki's parents thought I was to blame has been hard to come to terms with. After I got out of the hospital, the first thing I did was meet with Nikki's parents. We had a very long and emotional conversation whereby I explained in detail what actually happened.

"I can understand that most of that would have been a blur for them when you are consumed by grief. I have wanted to keep close to them, but have felt that because I was charged, they believed I was at fault and so understandably didn't want me in their lives. I would dearly love to keep them in my life and I know that Nikki would want that as well.

"We would go on family holidays to Fiji and play pranks on each other. Nikki was a beautiful free spirit with a wicked sense of humour. Her children were her life- she was a doting and besotted mum. She would be so proud of them; Stella was head girl at King's and is studying law - Nikki would be beaming from heaven."

Several times a year Fenning and her friends visit Nicki at the Purewa cemetery. They drink bubbles, share memories and cry together.

"We stay in touch with Gwenda too. At times it's hard because she might think 'my daughter should be here but we just don't want her to think she is forgotten. She loves hearing stories about Nikki," Fenning said.

When Gapes wasn't modelling, she worked part-time at Flowers After Hours in Parnell.

That's where she met and fell in love with her first husband, Tony Gapes. Together the couple had three children: Estella, 19, Mia, 16, and Sam, 14.

"They are great kids, they are very strong, but I know they miss their mother dearly. They are doing okay; they know Nikki is walking beside them."