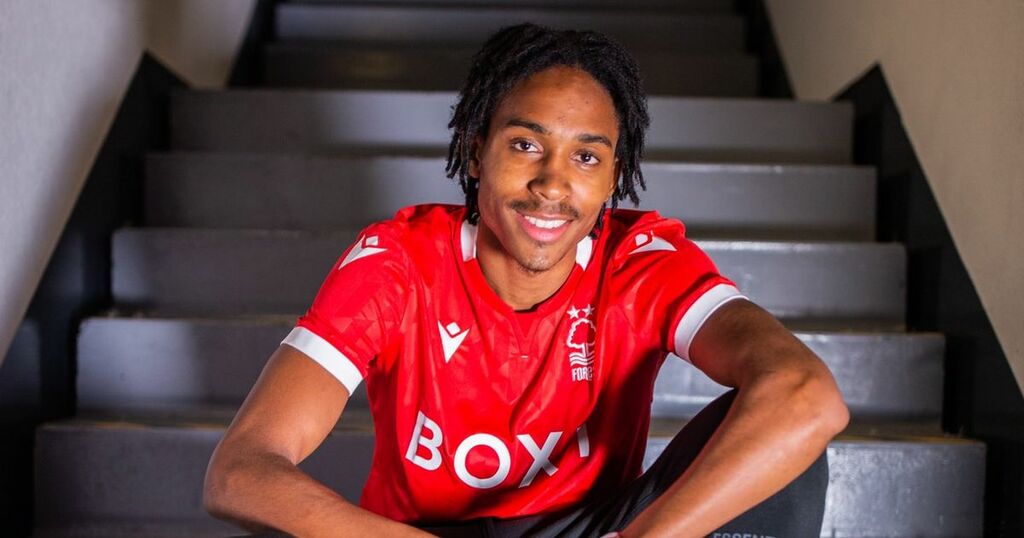 Nottingham Forest return to action this weekend, following the international break and the end of what proved to be a busy transfer window.

Ten new additions were added to the Reds’ ranks in total as boss Chris Hughton looks to overcome a wretched start to the season.

His team picked up their first point of the campaign last time out, drawing 1-1 with arch-rivals Derby County, and will look to build on that when they host Cardiff City on Sunday.

And there could be a few debuts for some of those players who have linked up with the Forest squad in the past fortnight.

One of those competing for a starting spot will be Djed Spence, who has joined on a season-long loan from Middlesbrough.

We’ve got the lowdown on what to expect from the right-back from TeessideLive’s Boro reporter Craig Johns.

How would you describe Spence as a player? What are his strengths and weaknesses?

Spence is an attacking full-back with a lot of potential and promise but still question marks over exactly how far he can go.

He is pacey and likes to get forward, possessing good feet and ball control. However, at times he can be defensively susceptible and that's what ultimately led to him losing his place under Neil Warnock.

There were a couple of occasions last term where he would switch off at the back and let his man go and it cost the team goals. In a Warnock side that is unforgivable.

There have been one or two question marks about his attitude off the pitch too, with Warnock noting that how far he can go in the game being down to Spence himself and how much he wants to apply himself. He has the ability to be a Premier League player, but equally without the right application could easily spiral into the lower reaches of the football pyramid.

If he could improve his concentration and defensive-mindedness, Spence could be a brilliant right-back. He has all the physical attributes to be a similar style right-back to Aaron Wan-Bissaka at Manchester United, but he just lacks the tactical nous and defensive concentration right now.

How would you sum up his time at Middlesbrough?

Spence joined Boro's academy after similar issues were found of him at Fulham. He broke through under Jonathan Woodgate in the 2019-20 season as the former England international put his faith in youth at Boro. That was a really tough season for the club but Spence was impressing on the pitch.

But it went downhill for him after Warnock's arrival for all of the reasons stated above.

He started last season as first-choice right wing-back, but once Boro switched to four at the back the more reliable Anfernee Dijksteel was preferred and Spence often filled in as a winger instead.

When Warnock then signed Darnell Fisher as right-back cover, as well as three wingers in the January window, Spence dropped dramatically down the pecking order as his standards continued to drop.

Interestingly, Spence appeared to turn a corner this summer though. He looked a cert for the exit door at the start of the summer but looked a much better player in pre-season. When he had positive impacts in the early games of the season I asked Warnock about the youngster - tellingly, he said he was reserving judgement for now, but had been impressed by a seeming change in attitude from Spence since a stern talk with him over the summer. However, when Spence was then culpable for two of three goals Boro conceded in their 3-2 defeat to QPR next time out, and with Boro needing to balance their books, Spence's departure was inevitable.

How has his switch to Forest gone down among the fans?

Most Boro fans seem disappointed with Spence's departure. They can all see the promise and have long held hope that he could get back to the player that first broke through under Woodgate.

Without doubt, there is a player there, but Warnock has been struggling to find the required levels on a consistent basis. There is also an understanding from most though, particularly given it's only a loan.

Initial belief that the deal would include an option to buy disappointed fans because there's still hope Spence can realise his early promise - maybe more likely later down the line after Warnock retires, if Boro replace him with a manager who might put a little more faith in attacking full-backs than Warnock does.

But it doesn't matter what style or system a team plays, that application has to be there for any manager and that's something Spence really has to start considering more if he's to not waste his talent.

What was the thinking behind Boro's decision to let him leave on loan? Does he still have a long-term future at the club?

Boro are well-stocked both at right-back and right-wing and the hope now is Spence goes to Forest and uses the opportunity to get his career back on track.

It will be interesting to see what decision Boro take on Spence next summer, particularly if he does well at Forest.

Spence has that promise, but there is that concern over his application.

If he impresses at Forest and Boro can sell next summer for a decent fee, it wouldn't be beyond the realms of possibility that they would cash in. But equally, if Warnock does decide to retire at the end of the season (his current deal expires then), the club may opt to give the 21-year-old another opportunity to prove himself.

Should Spence start against Cardiff? Have your say in the comments below

What do you think he'll be hoping to get out of his time at the City Ground?

I would imagine regular game-time and a manager that trusts him more. He'll have to earn that through his own performances though.

You'll know Chris Hughton a lot better than me, but, similar to Warnock, I can't imagine he'll allow Spence to get away with the kind of slack marking that cost Boro a fair few goals last season.

That said, if Hughton gives him a little more freedom to get forward from full-back, that might just help Spence rebuild his confidence and get back to that fearless, exciting full-back who first broke through at Middlesbrough.

Perhaps, aware of his defensive vulnerabilities, they may use him as a winger as Boro often have. In that case, regular game-time in a position he is less familiar with would be beneficial for him.