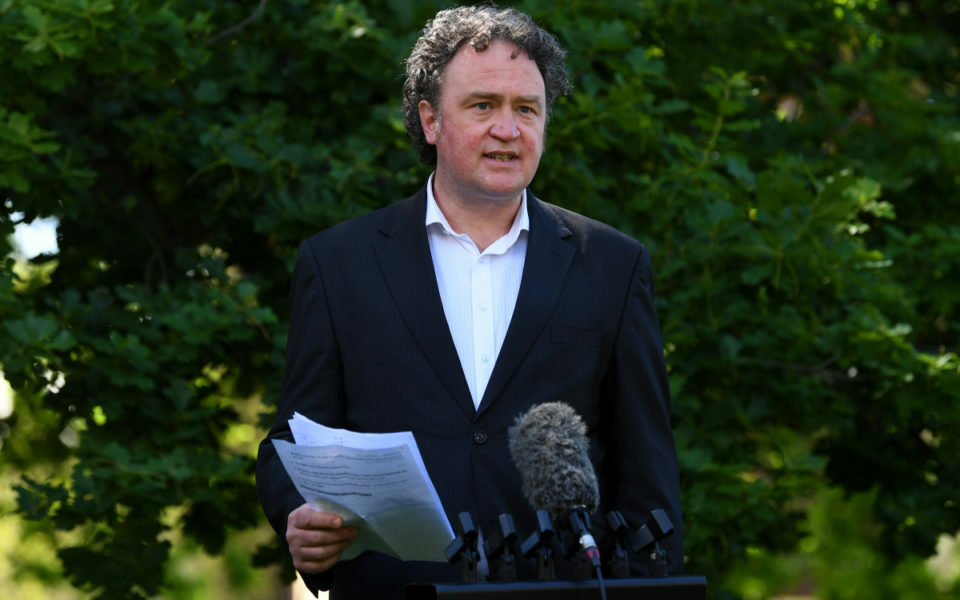 Authorities have warned Victoria’s COVID outbreak may not yet have reached its peak, with case numbers expected to jump further in coming days.

The state’s daily numbers hit a new national record on Thursday, when 2297 local cases were reported, along with 11 deaths.

Authorities say “no single event” has yet been found for the jump of 50 per cent from Wednesday’s 1571 infections, but there are worrying trends.

He said there had been “disproportionate increases” in parts of regional Victoria and Melbourne’s south-eastern suburbs.

“We will see these cases continue to generate further cases among their contacts in the days to come,” Professor Cowie said.

“We believe we have undetected transmission occurring in the community, which is just coming to the surface.”

Among the new cases and newly-impacted households, nearly two-thirds of people infected with the virus are aged under 40.

COVID-19 response commander Jeroen Weimar said there had been a “significant shift” in the number of cases in south-east Melbourne and regional areas, including the Geelong, Shepparton and the Latrobe Valley regions.

He said Victoria was not yet at its “most challenging part” of combating the Delta outbreak, despite already recording case numbers higher than seen anywhere else in Australia throughout the pandemic.

“[We have] 650 cases in total in the south-eastern suburbs, that’s an increase of over 50 per cent on yesterday,” Mr Weimar said on Thursday.

University of South Australia epidemiologist Professor Adrian Esterman said the outbreak was yet to peak.

“Victoria will get to a peak, it’s just a matter of when will it get to the peak, and how bad will things get before it gets the peak,” he said.

“I’m still expecting in the next two to three weeks to hit the peak, if not sooner.”

Professor Esterman said Thursday’s spike had “virtually no impact” on the virus’s effective reproduction rate, which rose only slightly from 0.99 to 1.02.

He said Victoria might have “9000 to 10,000 cases a day” if it wasn’t for vaccination, and the reason case numbers are so much lower in NSW is also down to the jab.

“The only major thing that has changed in NSW is increased vaccination,” he said.

NSW had 406 new local COVID infections on Thursday, and another six deaths. Its cases have hovered around the high-300s and low to mid-400s for almost a week.

Professor Esterman said it would take “at least a week” for NSW to see the impact of lifting lockdown on its case numbers.

Professor Cowie said Victoria did not yet have the level of vaccination levels needed to bring case numbers down. But rising rates were putting “substantial downward pressure on transmission”, he said.

As of Thursday, 62 per cent of Victorians over 16 were fully vaccinated, while 87.6 per cent had had one dose. Victoria’s vaccination rates have surged in recent days, with the 70 per cent fully vaccinated target to reopen now expected to come days before the October 26 date the state government had indicated.

Premier Daniel Andrews said the state government would continue with its roadmap to reopening despite the case surge.

“There will be discussions over the next few days and we will answer questions about when the lockdown ends, the precise moment, as well as any additional steps, any changes to be roadmap we can make, but we are going to deliver the roadmap,” he said on Thursday morning.

Concerns also remain for the state’s hospitals, with the number of COVID patients continuing to climb. There were 706 people in hospital with the virus on Thursday – 147 of whom are in intensive care, including 100 on a ventilator.

Of those in ICU, 98 per cent are not fully vaccinated.