Nearly half of existing fossil fuel production sites need to be shut down early if global heating is to be limited to 1.5C, the internationally agreed goal for avoiding climate catastrophe, according to a new scientific study.

The assessment goes beyond the call by the International Energy Agency in 2021 to stop all new fossil fuel development to avoid the worst impacts of global heating, a statement seen as radical at the time.

The new research reaches its starker conclusion by not assuming that new technologies will be able to suck huge amounts of CO2 from the atmosphere to compensate for the burning of coal, oil and gas. Experts said relying on such technologies was a risky gamble.

The Guardian revealed last week that 195 oil and gas “carbon bombs” are planned by the industry. This means projects that would each produce at least 1bn tonnes of CO2. Together, these carbon bombs alone would drive global heating beyond the 1.5C limit. But the dozen biggest oil companies are on track to spend $103m (£81m) a day until 2030 on climate-busting schemes.

Greg Muttitt, at the International Institute for Sustainable Development, was one of the leaders of the new research and said: “Halting new extraction projects is a necessary step, but still not enough to stay within our rapidly dwindling carbon budget. Some existing fossil fuel licences and production will need to be revoked and phased out early. Governments need to start tackling head-on how to do this in a fair and equitable way, which will require overcoming opposition from fossil fuel interests.”

Kelly Trout, at Oil Change International, the other lead author of the work, said: “Our study reinforces that building new fossil fuel infrastructure is not a viable response to Russia’s war on Ukraine. The world has already tapped too much oil and gas.” The researchers said governments should accelerate the introduction of renewable energy and efficiency measures instead.

The new study, published in the journal Environmental Research Letters, analysed a database of more than 25,000 oil and gas fields and developed a new dataset of coal mines. The researchers found that fields and mines that have already been developed would lead to 936bn tonnes of CO2 when fully exploited and burned. That is 25 years of global emissions at today’s rate – the world’s scientists agree emissions must fall by half by 2030.

The researchers calculated that 40% of developed fossil fuels must stay in the ground to have a 50-50 chance of global temperature rise stopping at 1.5C. Half the emissions would come from coal, a third from oil and a fifth from gas. The researchers found that almost 90% of developed reserves are located in just 20 countries, led by China, Russia, Saudi Arabia and the US, followed by Iran, India, Indonesia, Australia and Canada.

The research only considered projects where companies had made final investment decisions, that means committed to spending billions on building rigs and pipelines to extract the fossil fuels. A 2021 study, led by Daniel Welsby at University College London, assessed all known reserves and found 90% of coal and 60% of oil and gas must remain unexploited.

Welsby said: “The new study is a valuable contribution to our understanding of what fossil fuels are highly likely to be produced and the volume which needs to remain in the ground if global warming is to be limited.” But he noted the study did not fully account for methane, a potent greenhouse gas, or the oil and gas used for petrochemicals.

The study did not estimate how much CO2 could be removed from the atmosphere by technology in future. “These technologies are unproven at scale,” said Muttitt. “There’s a lot of talk about them, but we believe it would be a mistake to predicate achieving climate goals on these being delivered at a very large scale. We just don’t know whether it will be possible in terms of financing or governance.”

Maeve O’Connor, at the Carbon Tracker thinktank, the author of a new report, said: “Oil and gas companies are gambling on emissions [reducing] technologies that pose a huge risk to both investors and the climate. Most of these technologies are still at an early stage of development, with few large projects working at anything like the scale required by company goals, while solutions that involve tree planting require huge areas of land.”

Research published in 2019 found that the world already had more fossil fuel power stations than needed and that some may need to be retired early. The new analysis found fossil fuel production sites also need to be closed, but how to do that is yet to be determined.

“This is an absolutely key question,” said Muttitt. “One of the biggest barriers will be the legal infrastructure that oil and gas companies and some coal companies have constructed to defend their investments and their profitability, through treaties like the energy charter treaty [ECT].” The ECT allows companies to sue governments over lost profits. There is some discussion, he said, that European Union nations could withdraw from the treaty en masse.

A small number of governments, including Denmark, Costa Rica, France, Ireland and California, have committed to stop issuing new fossil fuel licences. If more join, that could be a gamechanger, said Muttitt.

Dan Jørgensen, the Danish climate and energy minister, said: “The Beyond Oil and Gas Alliance provides a way for governments to act together to begin a managed phase-out of oil and gas production to avoid dangerous levels of climate change.” 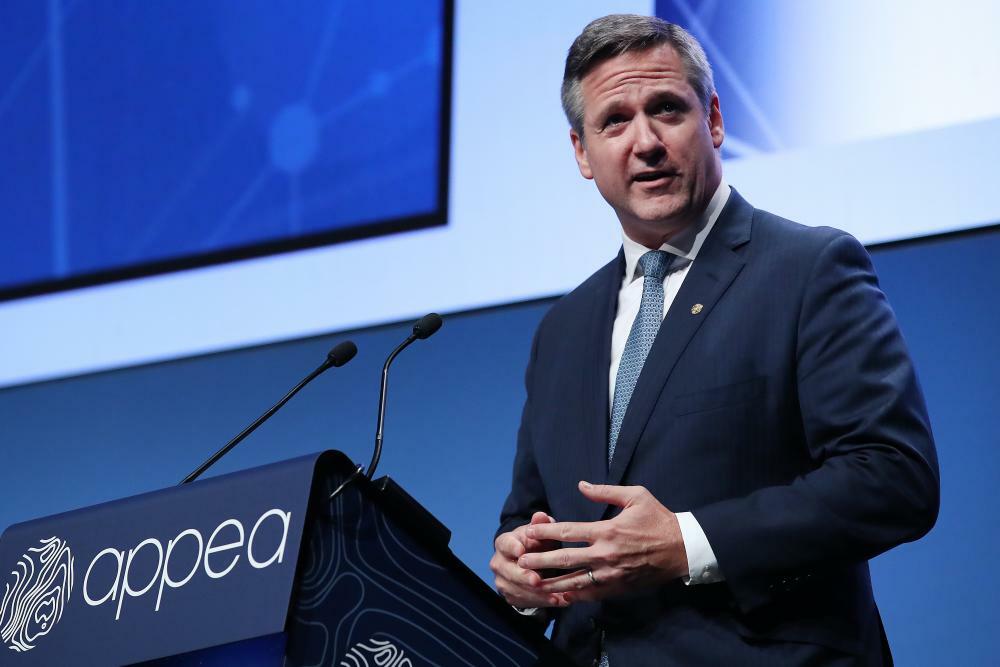 Industry call for Australia to ‘unlock wealth’ of new oil and gas fields at odds with IEA warning
Increasing supply is ‘absolutely part of the solution’ to decarbonising the economy, Appea chair tells conference

The Guardian - AU
One subscription that gives you access to news from hundreds of sites
Critical climate indicators broke records in 2021, says UN

U.N. Secretary-General Antonio Guterres is launching a five-point plan to jump-start broader use of renewable energies as the U.N. weather…