Should you leave your money in superannuation or put it towards a deposit for a first home?

Many leading economists say allowing first home buyers to draw their superannuation will eventually push house prices higher. But are Australians better off leaving their money in their super fund or using it for a home deposit?

No-one can predict if in a decade from now house prices will have risen faster than superannuation savings.

Economists also argue policymakers need to consider the implications of measures that drain people's savings for retirement (and in turn could lead to more people in future relying on the age pension) and that fuel demand for housing.

And by the time they do, they are almost into their 40s (ABS data shows the average age of a first home buyer is now 36).

So most young people do not have a huge amount saved for retirement, and taking out $50,000 would, for many of them, entirely deplete their super funds.

But let's assume that a first home buyer does have $50,000 to withdraw.

And let's assume there's a re-elected Coalition government, and on July 2023 they allow first home buyers to access up to 40 per cent of their superannuation, to a maximum of $50,000.

Would a first home buyer, then, be better off leaving their money in their super fund and allowing it to compound over time?

Or would they be better off pulling it out and putting towards their first home, and then selling it at some stage later?

The Australia Institute modelling for ABC News shows they are likely better off leaving their money in superannuation.

The average annual rate of house price increases (weighted capital city) over the past 10 years is 8.4 per cent, while the return for those who invested via Australia's largest super fund, Australian Super (average balanced fund), was 9.7 per cent per year.

But that modelling comes with some big disclaimers.

The first disclaimer, according to The Australia Institute's senior economist Matt Grudnoff, is that comparing something that has a use value (the house you bought) with an investment (super) is tricky.

But if ten years ago, they had pumped that $50,000 into housing, it would be worth $91,579 (based on the weighted average for the eight capital cities).

The situation gets more complicated if you take account of the fact that super earnings get taxed at 15 per cent, while the family home is tax exempt (when you sell there's no capital gains on it).

The Australia Institute modelling shows that even in that scenario, if somebody ten years ago left the $50,000 in super, they would now have $112,346.

Secondly,  not all super funds performed as well as the Australian Super average balanced fund.

Finally, there's the possibility, that house prices keep rising, and that ten years from now, the price of homes is worth far more.

But Mr Grudnoff says that house prices going up doesn't help an owner occupier, "because if they ever sell, they have to buy back into the market".

"That might even be zero if giving everyone access to super simply pushed up house prices by $50,000," he adds.

The flipside of opting to keep money in your super fund, he says, is that you still need a place to live and then must factor in rent.

Why using super to buy a house is 'not recommended'

Our federal politicians have recognised there is an appetite among Australians (especially young people keen to get into the property market) to dip into their super to pay for immediate costs like housing.

During pandemic lockdowns, Australians flocked to take up the federal governments emergency support measures, which included allowing them to draw out $20,000 of their superannuation.

Between April 20, 2020 and December 31, 2020, the federal government received 4.78 million applications from Australians to access their super, of which 4.55 million were approved for 3.05 million people, totalling $37.8 billion of super.

That has slightly depleted super balances now, and the super fund industry argues because they lose out on that money growing over time, many will be worse off.

A recent parliamentary inquiry headed by Liberal MP Jason Falinski looked at the idea of using super for housing.

It suggested that "allowing first home buyers to access or borrow against part of their super to purchase a home would, in the absence of increased housing supply, likely increase demand and lead to higher property prices".

Ray White chief economist Nerida Conisbee argues that both Liberal housing policy and Labor's shared equity scheme (which would see a Labor government buy 30 or 40 per cent of a property with the buyer) could lead to prices rising faster than they otherwise would.

She says using "superannuation for buying owner-occupier housing is not recommended".

"Using superannuation from early on in a person's life cycle for a home can also lead to far less at retirement, particularly if the family home can't be easily sold to downsize or does not increase in value as hoped."

She argues that first homes are rarely forever homes and most first home buyers use the equity built up in their first homes to get a home more suitable for the next stage of their lives.

"Having to hand back a big chunk of equity to the government at this stage, or back into superannuation, will make it difficult for first home buyers to get into their next homes," she says.

Association of Superannuation Funds of Australia (ASFA) chief executive Martin Fahy says while they have not done modelling to compare house price growth with superannuation fund investment growth, returns have been averaging about 7 per cent in super.

He notes that the federal government's retirement income review conducted by former Treasury official Mike Callaghan did not recommend using superannuation for housing.

Mr Fahey does not support draining peoples retirement savings, saying over time they could be worse off.

"And the reality is for many low and medium income earners who are in their 30s, they don't have a large superannuation balance," he adds.

Independent economist Saul Eslake is not a fan of either the Coalition's housing policy or Labor's shared equity scheme, saying both add to housing demand which in turn pushes up house prices.

But as to whether a person would be better or worse off leaving their money in super rather than pulling it out to put towards a home deposit, he says, "ultimately it comes down to question of which you think will go up faster for the period you own that house".

He adds that a policy that encourages people to have a bigger mortgage also comes with greater risk.

Mr Eslake argues that the real solution to making housing more affordable is to tackle tax breaks such as negative gearing and the capital gains tax concession that primarily benefit wealthy investors.

"Politicians routinely shed crocodile tears for the difficulties faced by first buyers in getting a foot on the property market ladder, but they know any given year there's only 100,000 people that succeed in that.

"Whereas, at any point in time there's 11 million Australians that own one property and 2 million or more that own two or more properties.

"Politicians don't want to slow the rate of property prices."

Generational inequity could increase over time

And while Liberal and Labor housing policies could push house prices up rather than help make it more affordable, economists worry there's also the issue of generational inequities that are being exacerbated by proposed changes to superannuation policy.

They say the Coalition's planned changes to super rules that give pensioners, self-funded retirees and working older Australians financial incentives to sell their family home earlier and downsize, may worsen the divide between housing haves (typically older people) and housing have nots (typically younger people).

The Coalition's super policy — first introduced in the 2017-18 budget — is to tweak an existing tax break allowing up to $300,000 from the sale of a family home to be placed into superannuation without a penalty.

Under the current rules, anyone aged over 65 can sell their home of 10 years or more and place $300,000 of the proceeds into their superannuation.

The age limit was already due to be lowered to 60 from July 1, but the Coalition has promised to instead lower it to 55 if re-elected.

CoreLogic's head of Australian research Eliza Owen says while up to 1.3 million households are eligible for the scheme, only 22,000 people utilised the first iteration of the scheme between July 2018 and May 2021.

She also adds that historically, first home buyer activity has been elevated when first homebuyer schemes are enacted.

"Temporary, demand-side first homebuyer incentives coincide with a surge in demand," she says.

CoreLogic data shows the current median dwelling value in Australia is $748,635, meaning the scheme could help increase the size of a standard deposit by about 1 per cent.

She notes that Grattan Institute research shows that poorer Australians have seen the biggest declines in rates of home ownership, which then is the difference between a comfortable retirement, and a retirement of poverty.

"For home ownership to play such a significant role in our financial futures, it should be more equally accessible," Ms Owen says.

The other major change to super announced by the Liberals that aims to encourage pensioners to sell is to exempt the proceeds of the sale from the assets test for two years instead of one.

Currently, pensioners are given a year's grace period after selling to buy a new home or arrange their assets, during which the cash made from the sale is exempt from the assets test.

The Coalition's new policy would double that period to two years from January 1, 2023.

She says if the government really wants to support older people, they should double the value of Commonwealth Rent Assistance for those who are really struggling.

"Extending this concession [for the sale to be exempt from the assets test] would be inequitable since many people on the Age Pension have few or no assets to fall back on." 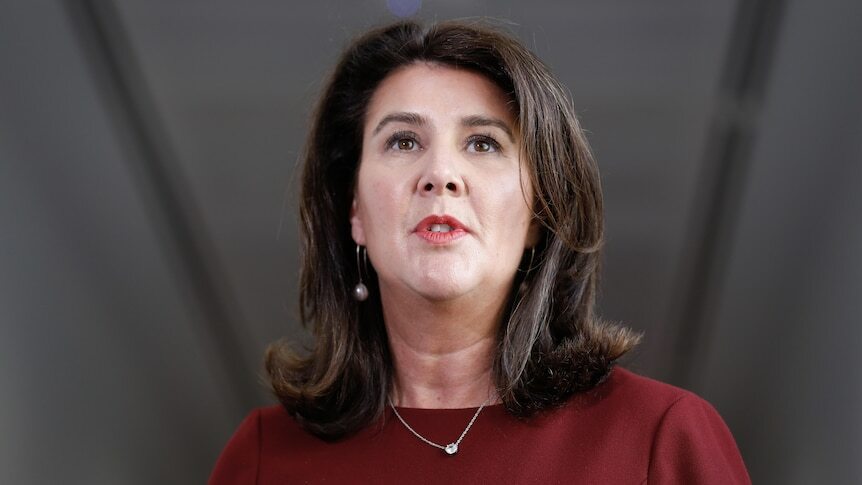 Government minister admits first home buyer policy would push up house prices, PM says other policies would balance it out
Jane Hume concedes the policy would see house prices increase "temporarily", something economists and the opposition are warning will happen.