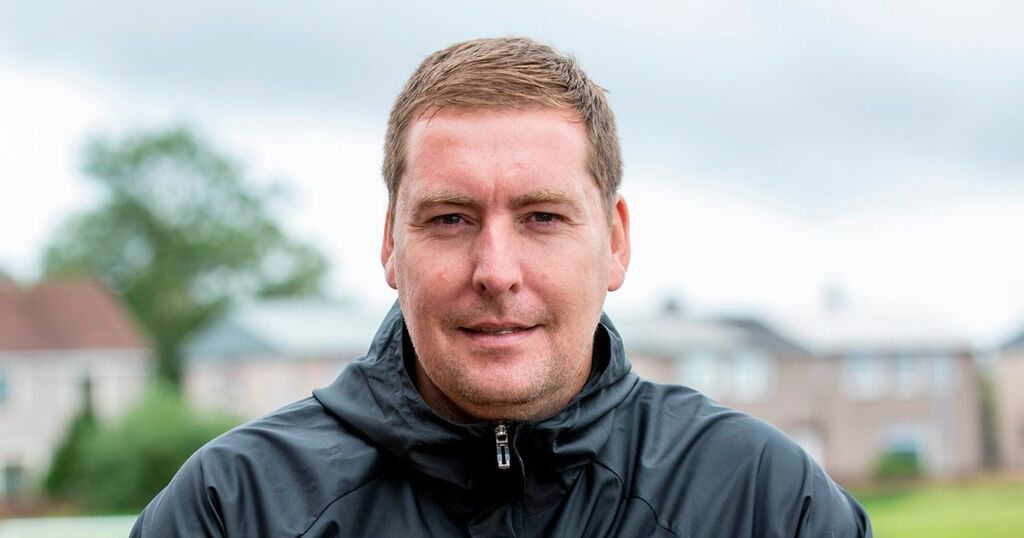 Shotts boss John McKeown blasted the referee for a harsh red card as his side crashed to a 3-1 defeat against Lowland League side Caledonian Braves on Saturday.

Dean Kindlan was sent off 20 minutes into the South Challenge Cup clash at Alliance Park for a high tackle.

But while McKeown says the cup isn’t a priority this season, he was pleased with how his side dug in during the second half.

He said: “We mixed the team up a wee bit to protect a few players who were carrying injuries.

“We were up against a good side, who play football the right way, but it didn’t help when the referee made a rash decision and sent one of our boys off after 20 minutes, so it was always going to be a long afternoon.

“Dean Kindlan got sent off for what the referee deemed to be a straight-legged tackle, and I don’t think it was.

“It was a bit high, and it’s probably a booking, but he had the red card out quite early, which was disappointing.

“They got their noses in front and then scored a penalty, so at half-time we were 2-0 down with 10 men and it was an uphill task in the second half.”

McKeown, whose side now have a free week, added: “There were loads of positives to take from it, I thought the boys were excellent, and we really fought our way back into the match.

“I felt we did ourselves a wee bit of justice in the second half, in particular.”