She fell for her 'Buddhist teacher' and his 'charm'... before he flew into a jealous rage and broke her jaw - all because she spoke to another man 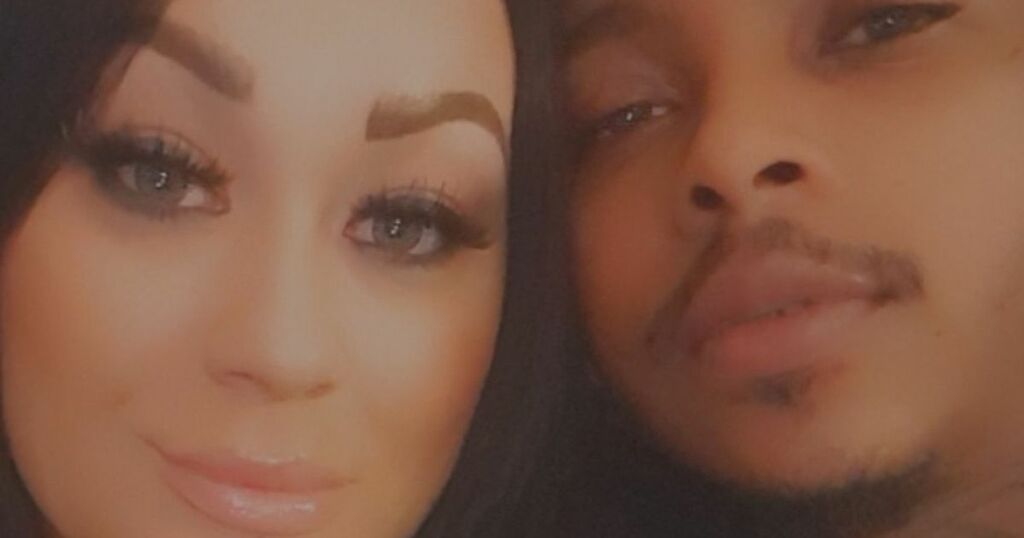 A mum is bravely speaking out after her jealous ex flew into a violent rage and broke her jaw just because she spoke to another man.

The 32-year-old says she met McTribouy in Manchester and fell fell for his 'charm' and 'sweet gestures', such as bringing her flowers.

READ MORE: Children 'freezing' after school confiscates their coats every day - pushing them to buy its own branded ones

But Leanna says things soon changed when she fell pregnant and McTribouy turned nasty - calling her names and throwing food around.

It led to her calling the relationship off after four years, but in July 2019 the pair saw each other again at a carnival in Leanna's hometown of Buxton, Derbyshire.

And despite becoming a 'Buddhist teacher', things turned violent as McTribouy landed what was described in court as an 'absolutely fearsome blow' that broke Leanna's jaw in two places, before hitting her a second time.

Poor Leanna was left unable to eat for seven weeks and says she still suffers pins and needles in her jaw and tongue due to permanent nerve damage - while her ex was claiming to work as a 'Buddhist teacher'.

McTribouy, now 29, was sentenced to 18 months imprisonment in February 2020 at Derby Crown Court for wounding/inflicting grievous bodily harm without intent.

Now, Leanna finally feels in the 'right frame of mind' to share her story and is speaking out to warn others.

Leanna said: "I didn't want to be with him anymore and I went out to a carnival with a friend. He was there as well and he came over and said he better not see me talking to men and that he was watching me. He kept calling me a slag.

"At the end of the night, I was talking to a guy and he walked past. I was at the point where I didn't care. I told him to f*** off and because I'd had a few drinks I wasn't that scared.

"I felt my jaw go to the left and my teeth weren't lining up and I was spitting out blood.

"There were a lot of people around but only one man came to help eventually and pinned him down.

"I didn't feel any pain which may have been because I was in shock."

Leanna , who had two children with McTribouy, was rushed to hospital where she had three metal plates fitted into her jaw and could only consume liquids for seven weeks.

She said: "It was horrendous. I couldn't eat and the worst part was that I couldn't open my mouth for seven weeks.

"My nerves are permanently damaged. I feel like I've got pins and needles in my cheeks and tongue and I get shooting pains."

Leanna met 'charmer' McTribouy on a night out in Manchester back in 2014 and the pair started a relationship a few months later.

She claims he changed when she fell pregnant.

Leanna said: "I was really attracted to him. He seemed like a bit of a charmer and I liked his vibe.

"He was pretty laid back and he wasn't full with the compliments but he would do little, sweet things.

"When he moved in with me, he'd come home with flowers.

"He came across like he was doing a lot, he was very ambitious. It didn't seem to be true and he was a bit of a dreamer.

"He came across as a manly man and he always looked after himself looks wise and I liked that about him.

"He never made big romantic gestures but it was the little things. He was a manly man but, to me, he was sweet.

"[It all changed] when I was pregnant. We decided to work through things but he started accusing me of talking to men.

"He started by throwing things. He cooked a whole chicken and then he threw it at me when I was about two months pregnant.

"When I got to about 18 weeks pregnant, we got into a minor argument and he threw his plate of food across the room.

"At the time, I thought I was the one aggravating him. He would ask why I was treating him that way or speaking to him in a certain way because I would tell him to leave me alone or go away. If I spoke to him in a disrespectful way, he would really lash out. It just kept getting worse.

"In the headspace I was in, I just wanted to protect him. I was pregnant with his child so I begged my mum not to call the police."

Leanna eventually plucked up the courage to leave in April 2018 but says she never expected the brutal attack from which she still suffers from.

As well as the physical impact, Leanna says the ordeal has left her with trust issues and is wary of getting into another relationship

Leanna said: "When he was sentenced, I couldn't stop crying. I felt guilty, like I'd done something wrong.

"Over time, I've realised it's not my fault. He got what he deserved. It was a rollercoaster. I'm not feeling ready to meet anyone else. I have a lot of trust issues especially because of the kids.

"I feel ready to speak about what happened as I've healed and I'm in the right frame of mind and I want to raise awareness of domestic violence."

Derby Crown Court confirmed that McTribouy, of Thornsett Avenue, Fairfield, was sentenced to 18 months imprisonment on February 14, 2020, for the offence of 'to wound/inflict grievous bodily harm without intent'.