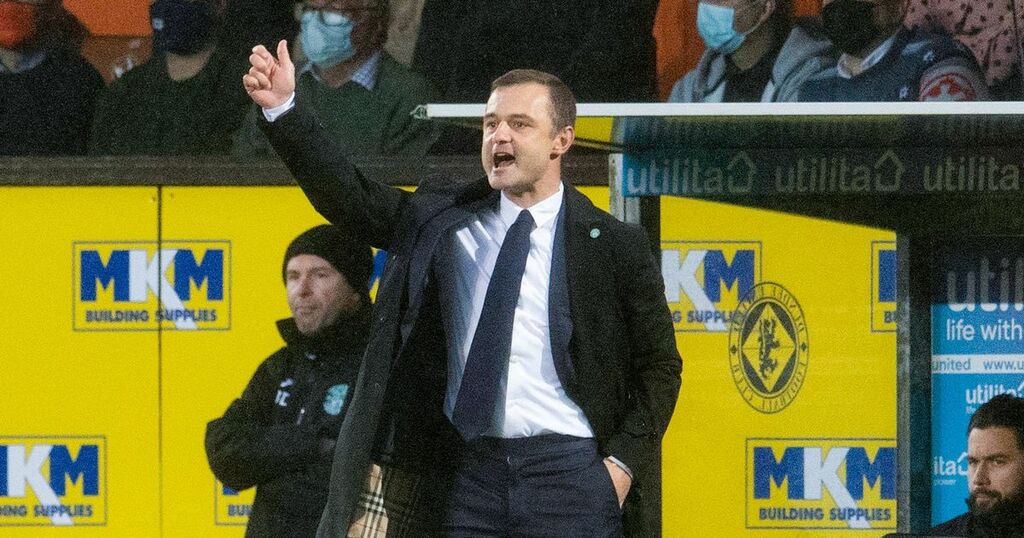 Shaun Maloney knows the Celtic Way as well as anyone.

The Hibs boss sums it up in one word: “Intensity”. On the park and in the stands.

Four huge characters in their own right. And each with the core understanding of the Hoops philosophy to attack first, defend second.

Yet never has that direct style been more prevalent than this season under Ange Postecoglou.

Maloney is a big admirer of the Aussie and the work he’s carried out in a short space of time in Glasgow.

But he insists it’s what he gleaned from his own bosses at Parkhead as well as stints in England and coaching under Roberto Martinez in the Belgium set-up that Maloney insists has set him up for a shot at bursting Angeball.

Maloney’s Hibs revolution surges along the M8 on Monday night for the new boss’ third game in charge.

Incredibly the Easter Road club haven’t won in the east end of Glasgow since the 38-year-old was a Celtic player - 12 years ago this month to be precise.

Not that Maloney is shirking from the challenge of ending the rotten run and delivering a devastating blow to the title hopes of a club where he spent a total of 12 years across three spells as player and coach.

Quite the opposite. He’s desperate to see how his side handle the intensity Celtic bring on the park - and the ferocity a return to a full house provides off it.

Maloney said of his impending return to where it all started: “It will be absolutely fine.

“I spent many great years there and learned under some great managers and coaches and got very close with some of the ex-players who have done amazing things in their history.

“It would be really difficult to pinpoint one manager. They all have had different influences, even the ones in less positive times.

“Tony Mowbray, who had a very short period of time there. I had a real connection with him.

“Even though it wasn’t a positive spell, he as an individual had an impact on me.

“Everyone will take something from some managers. I’m sure it must shape you, whether it is conscious or not.

“But the last few days I’ve been focused on preparing my team for a football match, that has to be the focus.

“There’s more than one way to play the game. I respect every style of play.

“Some of Celtic’s performances have been very, very impressive. They are going to try and press us very high. They have their own style in possession that hasn’t changed for anyone.

“I know Ange’s coaching staff, Gavin Strachan very much concentrates on the set plays and John Kennedy writes and delivers all the sessions.

“I know the staff, respect them fully, but I’m preparing my team as best I can to go and win the match.

“I certainly believe we can end that wait. It’s a great challenge. I’ve prepared the team and that’s what I’m going to keep doing to win the match.

“There’s no reason why we can’t win.

“It’s very early in the process of how I’m trying to get my team to play.

“But I’m looking forward to seeing how we perform under the intense pressure of how Celtic play and also the full house. We have to believe we can win the game.”

Monday’s match kicks off the welcome return of capacity crowds after a three-week break in Scottish football.

Maloney doesn’t buy into claims that will benefit Celtic. Not if his players thrive on the challenge.

The deep-thinking boss was brought in to replace Jack Ross last month on his own promise of attacking, his intensity football.

And he’s already seeing his methods take effect in his young squad with back-to-back wins over Aberdeen and Dundee United kicking off his spell in charge.

Maloney - who could hand debuts to Harry Clarke, Rocky Bushiri and Chris Mueller - said: “I don’t want to give them everything in a short period of time.

“The players have been really responsive and they’ve picked it up really quickly.

“Even against Aberdeen and Dundee United with limited time on the pitch they took on board a lot of the messages we were giving them.

“I’m looking forward to Monday to see how we do it in an intense environment.

“It’s great news to have the supporters back but also the way Celtic play it will be very intense as they try to press us extremely high.

“It’s important for everyone that the stadium will be full.

“It’s positive for the players - mine and Celtic’s - but more so for the fans actually getting back in to watch their team.

“It’s really positive we’re getting back to that.”