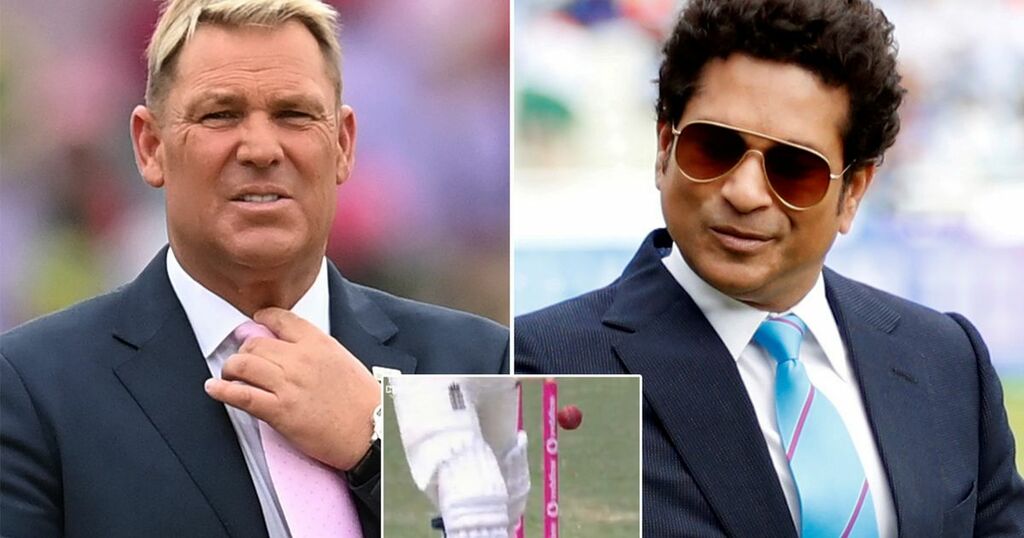 Cricket greats Shane Warne and Sachin Tendulkhar have suggested a possible law change, after Ben Stokes somehow survived being bowled on day three of the fourth Ashes Test in Sydney.

Stokes found himself not out on 18 as he and Jonny Bairstow looked to rebuild after another torrid England start, and that is exactly what he managed. However, it wasn’t without a fair share of luck.

As Australian seamer Cameron Green charged in at the end of the 30th over, Stokes left a ball that he thought was heading wide of off stump.

The all-rounder's judgement was all wrong, as the ball crashed into the top of off stump, but miraculously didn’t dislodge the bails.

A confused Australian team all went up in celebration.

Some of course expected Stokes to have been bowled, while others thought the loud noise of leather on wicket was off the pad of the Englishman, and therefore a big LBW shout.

And it seemed umpire Paul Reiffel agreed with the latter, as he raised his finger to give Stokes out LBW.

Of course the England No. 5 reviewed the decision, knowing full well the ball was nowhere near his pad, as the DRS highlights clearly showed the ball struck the stump without removing the bails.

The whole of the SCG - and no doubt fans at home - were left shell-shocked, and it led to Indian great Tendulkar proposing a potential law change.

Do you agree with Tendulkar's point? Let us know in the comments section below.

Along with a clip of the freak non-dismisal Tendulkar tweeted: “Should a law be introduced called ‘hitting the stumps’ after the ball has hit them but not dislodged the bails?

“What do you think guys? Let’s be fair to bowlers!”

The second most successful wicket taker in Test cricket, Warne then added his thoughts to the Indian’s point, adding: “Interesting point & one to debate my friend.

“I will take this to the world cricket committee for discussion & come back to you.”

Warne - who played Test cricket for 15 years - went on to add he had ‘never seen anything’ like the non-dismissal at the SCG on Friday as he continued: “Never seen anything like that today - Greene’s delivery was 142kph and hit the stump hard !!!!!”

The Australian spinner’s shock could also be heard live on air, after Warne featured on Fox Sports’ coverage of the game.

Following the confusion the Aussie was heard saying: “What are they appealing for?

"I’m still in shock. I don’t quite understand what we just saw. Look at how hard this hit the stumps.

"But the Australian team appealed too. What are they appealing for? I’ve never seen anything like that."