'Shamima Begum was groomed and abused like victims in Rotherham, Telford and Rochdale' 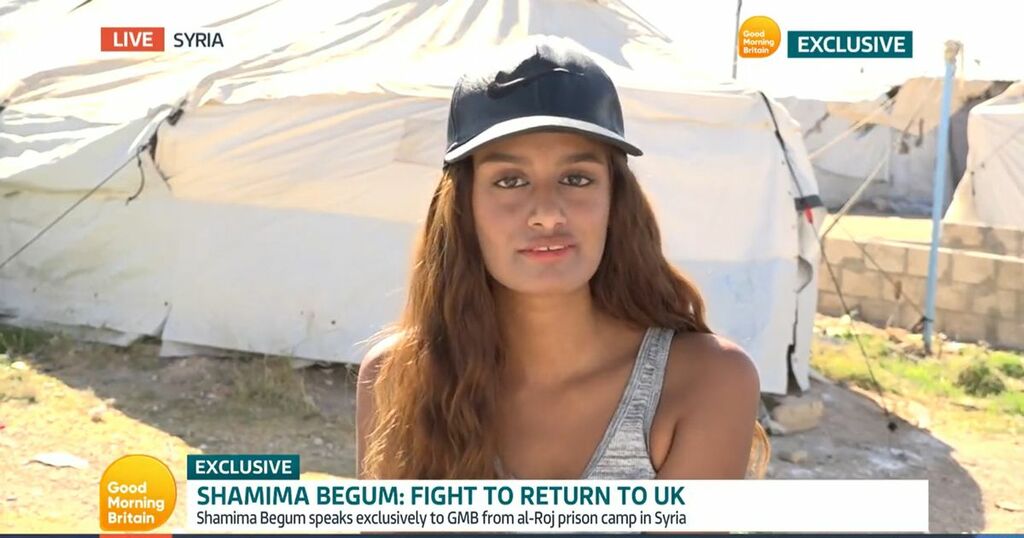 When Shamima Begum left Britain to become an ISIS bride at 15, she was too young to get married or have sex.

These laws exist because children don’t have the maturity to make these potentially life changing decisions or deal with their consequences.

So how can we accept that Shamima had the capacity to consent to joining one of the most notorious terrorist organisations in the world?

How can we say she was old enough to choose to join a death cult when we wouldn’t trust a 15-year-old to vote or drive a car?

When I listened to her speak on Good Morning Britain earlier today, I heard not Britain’s most hated woman but a victim of child sexual exploitation.

When asked why she left for Syria, she said: “I was groomed, taken advantage of and manipulated into coming.”

At 15, many children feel lost and crave a sense of belonging.

Shamima found this in the Islamic extremists she began to speak to online, who convinced her that by joining them she’d “get married, have children and lead a pure Islamic life.”

She added: “They said my family will only drag me down.”

So here we have powerful older men promising to provide an impressionable child with love and security, slowly but skilfully isolating her from those who care about her.

Then, when she is firmly within their control, they rip her from everything she knows and force her to do what they command - with unthinkable consequences if she doesn’t.

If this pattern sounds familiar, it’s because we’ve seen it unfold time and time again - not just in Rotherham, Telford, and Rochdale, but in probably every town and city in the UK.

Of course, people were rightly horrified when Shamima described the devastating Manchester Arena bombing in which 22 people died as “justified”.

But she says she made those comments because she feared she’d be killed if she said otherwise. She added that there is “no evidence” she took part in terrorist activity.

We’re free to doubt her account - which many do.

We’re also free to believe that her decision to swap her hijab for a baseball cap is a mere “publicity stunt” and that she’ll be a risk to the UK if she returns.

But we have to remember that many young people in the throes of exploitation will do whatever they need to survive.

That goes far beyond making shocking comments about a terrorist attack on British soil.

Across the UK there are women fighting to overturn convictions for child abduction, armed robbery and drugs offences - all handed down while they were children themselves and in the throes of terrifying exploitation.

Many, like Shamima, did these things only because they feared with good reason that they’d be killed if they didn’t comply.

Predictably, in most cases they took the rap while the men who raped and terrorised them walked free.

And sadly, the manipulation and control often continues long after they turn 16.

Shamima - born and raised in East London - is our responsibility.

If we don’t wake up to the fact she’s been groomed and abused - and soon - we risk more British schoolgirls falling into the clutches of those who preyed on her.