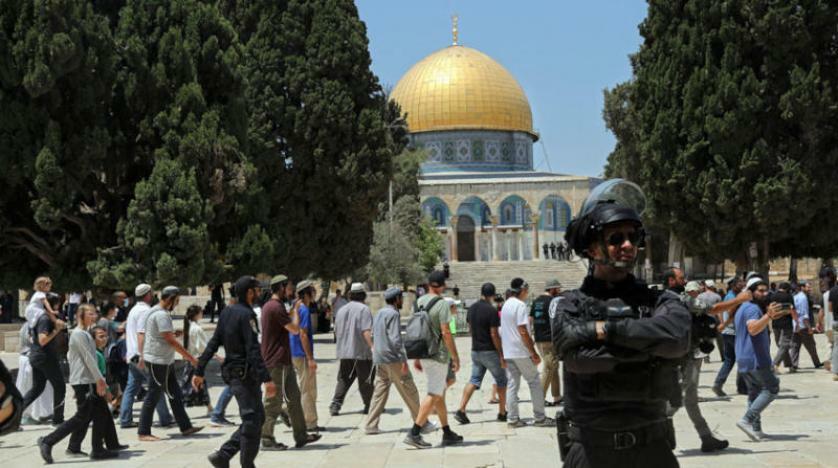 The Islamic Endowment Department in Jerusalem said that 1,210 settlers broke into the mosque through Al-Mughrabi Gate.

They entered in batches in the morning and evening and also performed provocative tours inside.

Jewish guides made presentations on the temple inside the mosque while others performed Talmud rituals.

Notably, Israeli settler groups have called on supporters to force their way into the Al-Aqsa during The Ten Days of Repentance.

Palestinians accuse Israel of working on changing the status quo in the mosque. The Palestinian Authority says that the settlers are supported by the Israeli government.

According to WAFA, local sources reported several cases of suffocation among citizens.