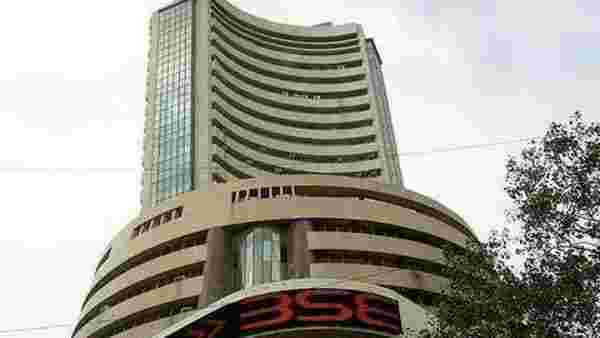 The Hang Seng and the Nikkei are trading lower by 1.2% and 0.9%, respectively. The Shanghai Composite is down 1%.

In US stock markets, Wall Street indices gave up early gains and ended lower as investors grew more nervous ahead of the third-quarter earnings reporting season.

The Dow Jones Industrial Average lost 0.7% while the Nasdaq tanked 0.6%.

Back home, Indian share markets have opened in green, defying global mood and the trend on SGX Nifty.

A total of 6 companies will post their September quarter earnings today including JTL Infra and G M Breweries.

The BSE Sensex is trading up by 102 points. Meanwhile, the NSE Nifty is trading higher by 34 points.

Sectoral indices are trading on a mixed note with stocks in the metal sector and healthcare sector witnessing buying interest.

Realty stocks and oil & gas stocks, on the other hand, are trading in red.

Crude oil prices fell for the first time in four days today, taking a breather after weeks of gains fuelled by a rebound in global demand that is contributing to energy shortages in economies from Europe to Asia.

In news from the retail sector, Avenue Supermarts is among the top buzzing stocks today.

Avenue Supermarts, the operator of hypermarkets chain D-Mart, entered the list of top 15 most valued companies as its marketcap topped ₹3 lakh crore-mark.

Stock of the company jumped over 7% yesterday to hit record high of ₹4,840.

Last month, Avenue Supermarts was the 16th largest in terms of marketcap, when it surpassed Bajaj Finserv, Axis Bank, and UltraTech Cement.

The reopening theme and recovery in the company's earnings combined with expected strong demand in festival are supporting the rally.

Last week, the company announced its provisional numbers for the September 2021 quarter. It said standalone revenue at ₹76.5 bn increased from ₹52.2 bn in the year-ago period.

Note that Avenue Supermarts was one of the less affected stocks during the March 2020 crash. The stock corrected nearly 30% between February-March 2020 and since then it is on a rising spree.

Avenue Supermarts share price has opened the day up by 1.3%.

Speaking of Avenue Supermarts, have a look at the chart below to see how the stock has performed in the past one year.

Moving on to news from the telecom sector, as per an article in The Economic Times, Aditya Birla group chairman Kumar Mangalam Birla is considering infusing some of his own capital into Vodafone Idea.

Meanwhile, the Vodafone group may sell at least a part of its stake in tower firm Indus Towers and channel the proceeds into the loss-making telco.

This will be followed by external funding.

At present, UK's Vodafone Group Plc and the Aditya Birla group own 44.39% and 27.66%, respectively, in Vodafone Idea as its co-promoters. The Vodafone group owns 28.12% in Indus Towers.

Here’s an excerpt from the article:

Much of the funds will have to come in from external sources. KM Birla will put in some money, but not a significant sum while Vodafone is unlikely to pump in more money (from the UK group). Monetising the assets in Indus is really the plan.

The promoter infusion is likely to be much lesser than ₹100 bn.

Note that Vodafone Idea has been in talks with investors for raising funds for about a year. But it hasn't been able to close its planned ₹250 bn fundraise.

But the government's relief package which includes a four-year moratorium on AGR and spectrum payments, reduced bank guarantees and the option to convert statutory dues to government equity has reduced the burden.

Vodafone Idea share price has opened the day up by 1.6%.