The Senate on Wednesday rejected an effort to limit debate on legislation that would broadly expand abortion rights, a procedural move that means the chamber won’t vote on the bill itself.

The 49-51 vote on a cloture motion comes after a leaked Supreme Court draft opinion suggests the court will reverse long-standing precedent for the right to an abortion. The Senate needs 60 votes to adopt a cloture motion.

The decision in Dobbs v. Jackson Women’s Health Organization, a challenge to a Mississippi law banning abortions after 15 weeks pregnancy, is expected in June. But the leak has prompted a flurry of action by Democrats in an effort to protect abortion rights.

Twenty-six states are likely to ban abortion without precedent under Roe v. Wade, and state lawmakers have introduced 546 restrictions in 2022 alone, according to the Guttmacher Institute, a research and policy organization that studies sexual and reproductive health and rights.

Democrats say the bill would guarantee protections for abortion access and the ability of providers to perform abortions nationwide. In addition to preventing states from banning most or all abortions, the legislation would prohibit other types of state-level pre-viability restrictions such as mandatory waiting periods or requiring abortion clinics to provide misinformation to patients.

The White House issued a statement of administration policy in favor of the bill prior to the vote. Leadership and members of the Congressional Progressive, Pro-Choice and Democratic Women’s caucuses marched to the Senate rotunda in support ahead of the vote.

The vote came after a nearly identical bill passed the House in September 2021 before falling short on a Senate cloture vote in February, 46-48.

At the time of the February vote, Sen. Bob Casey, D-Pa., had said he would vote in favor of cloture but remained undecided on the underlying bill. He and Sen. Joe Manchin III, D-W.Va., are the two Senate Democrats with mixed records on abortion rights.

Manchin was the only Democrat who voted against cloture.

Casey, in a statement Tuesday, said he would again vote yes but that circumstances had changed.

“In light of the leaked Supreme Court decision draft overturning Roe vs. Wade, and subsequent reports that Republicans in the U.S. House and Senate will introduce legislation to enact a nationwide six-week ban, the real question of the moment is: do you support a categorical ban on abortion?  During my time in public office, I have never voted for—nor do I support—such a ban,” Casey said.

Votes on abortion-related legislation have fallen increasingly on party lines. Rep. Henry Cuellar of Texas is now the only House Democrat who votes against abortion rights legislation.

Republican Sens. Susan Collins of Maine and Lisa Murkowski of Alaska, the only Republicans in Congress who support abortion rights, opposed the bill as too far reaching. The Democrats’ bill would void some state abortion laws that are already in effect.

Their alternative bill would include protections for abortion rights similar to those under the landmark cases Roe v. Wade and Planned Parenthood v. Casey. It would allow restrictions on abortions post-viability, prevent restrictions that are considered an “undue burden” prior to viability, and protect providers from participating in abortions due to religious or moral beliefs.

“I support codifying the abortion rights established by Roe v. Wade and affirmed by Planned Parenthood v. Casey,” Collins said in a statement before the vote. “After today’s vote fails, I plan to continue working with my colleagues on legislation to maintain — not expand or restrict — the current legal framework for abortion rights in this country.”

Republicans argued the bill is a move by Democrats to appeal to their base ahead of the midterm elections.

“It’s the full breadth of the Democratic agenda on this subject, which doesn’t even attempt to try and win over people who might be persuadable if they were a little less aggressive,” said Senate Minority Whip John Thune, R-S.D. “This is a messaging opportunity for Democrats, who again are trying to change the subject away from inflation in the economy.”

Senate Minority Leader Mitch McConnell, R-Ky., has hinted that they may seek to pass a national abortion ban under Republican control.  That legislation would also face the 60-vote hurdle of a filibuster.

Susan B. Anthony List, an anti-abortion advocacy group that is spending a record $78 million this election cycle to flip the House and Senate, opposes removing the filibuster even if it would mean passing a national ban.

“We have been very adamant about maintenance of the filibuster. We’re not going to flip-flop what the Democrats do on whether the filibuster should be in place,” said Frank Cannon, the group’s chief strategist, during a call with reporters Tuesday. “We want to build a consensus. We want to build it through the rules that exist, and we believe that over time, we have the winning argument as more and more Americans know about the reality of abortion.”

Lindsey McPherson contributed to this report. 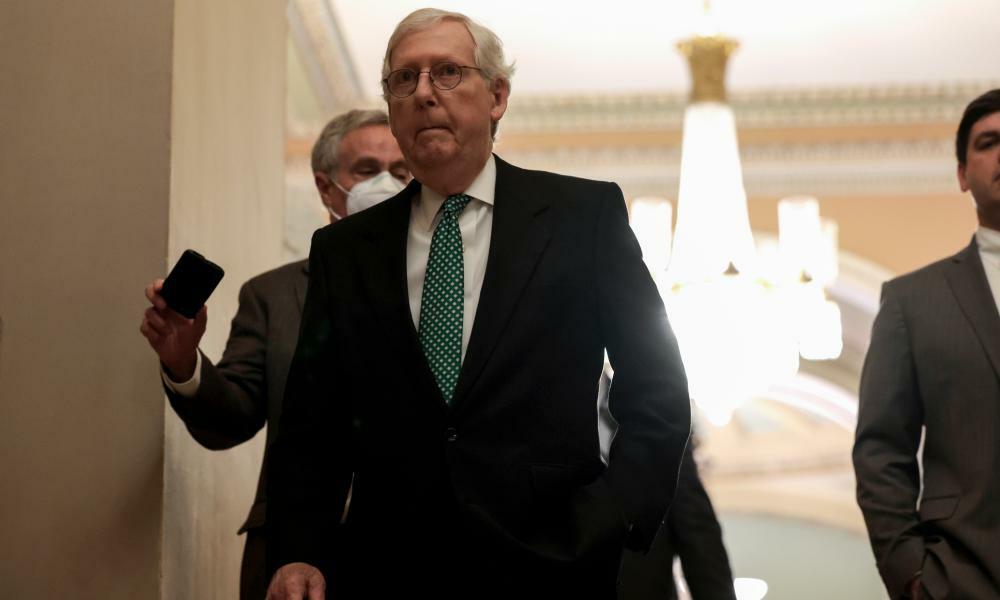 Democrats lose Senate vote to codify abortion rights into federal law
Final tally was 49-51, with all Republicans and one conservative Democrat, Joe Manchin, voting against the measure