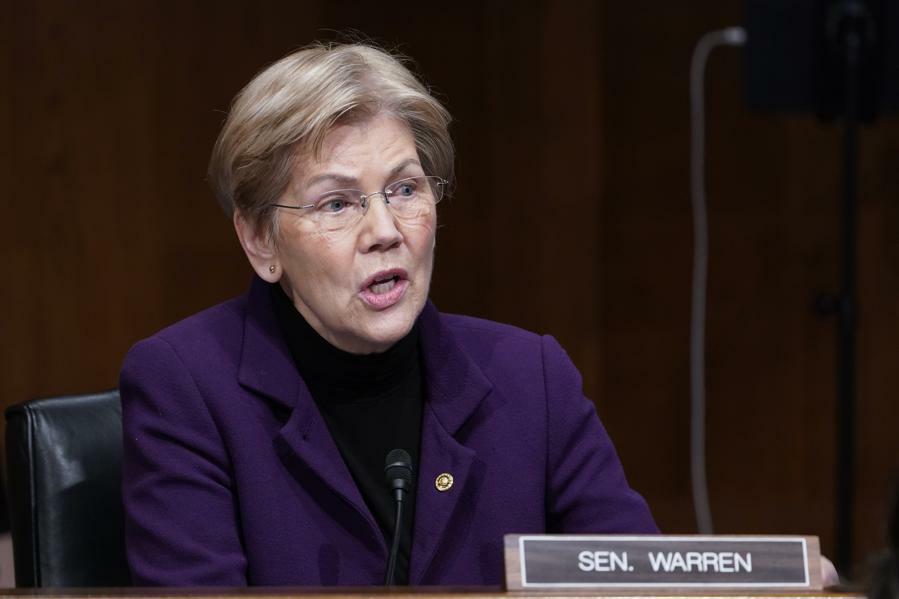 Sen. Elizabeth Warren (D-Mass.) sent a letter to the Federal Reserve on Monday urging the central bank to use its regulator authority to revoke Wells Fargo's status as a financial holding company, blasting the bank's leaders for insufficient oversight and ineffective governance and adding pressure to the financial giant that's been plagued by a litany of misconduct-related scrutiny for more than a decade.

In the letter, first reported by the New York Times, Warren said the Fed should invoke the Bank Holding Company Act to separate Wells Fargo's bank subsidiary from its other financial activities, including investment banking and trading services, after "numerous" revelations over the past three years of ongoing misconduct at the bank.

“Allowing this giant bank with a broken culture to conduct business in its current form poses substantial risks to consumers and the financial system,” Warren wrote, pointing to the Office of the Comptroller of the Currency's decision last week to fine the bank $250 million for violating a regulator order from 2018 to fix "unsafe or unsound" practices in its home-lending division.

Warren also cited a long list of enforcement orders over the past two decades, including several stemming from a 2016 scandal in which bank employees were found to have collected millions of dollars in revenue over nearly 14 years by opening millions of accounts in customers' names without their knowledge to meet "impossible sales goals."

In a Tuesday statement, Wells Fargo didn't directly address Warren's letter but said it is a "different bank today than [it was] five years ago," citing "significant progress" to enable greater oversight and transparency.

Shares of Wells Fargo were up 2% Tuesday but are still about 13% lower than pre-pandemic levels.

"I write to urge the Federal Reserve Board of Governors to take immediate action in response to the repeated, ongoing, and inexcusable failure of Wells Fargo & Company to eliminate abusive and unlawful practices that have cost consumers hundreds of millions of dollars,” Warren wrote Monday, adding that numerous revelations have surfaced about Wells Fargo's alleged misconduct in the three years since former Fed Chair Janet Yellen placed the bank under an asset cap to help curb "widespread" consumer abuses. "Wells Fargo is an irredeemable repeat offender; the Fed must act."

Wells Fargo has been one of the biggest subjects of federal government scrutiny since allegations of misconduct in the wake of the 2008 financial crisis. Last year, former Wells Fargo CEO and Chairman John G. Stumpf agreed to pay $2.5 million to settle charges alleging he signed and certified regulatory filings containing statements "he should have known were misleading" investors for nearly a decade, and last February, the bank agreed to pay the SEC $500 million for misleading investors as part of a $3 billion settlement with the Department of Justice.

The pandemic put the banking industry on high alert, and hit Wells Fargo, the nation's third-largest bank by assets, especially bad. The stock was the second-worst performing in the S&P 500 last year, falling as much as 60%. Though many banks initially said they'd halt layoffs during the pandemic, Wells Fargo was among the first to resume job cuts late last year, and reports have since indicated that the firm could be eyeing a 25% reduction of its more than 250,000 employees.