Self-cooling microchip provides a tiny solution to a giant problem 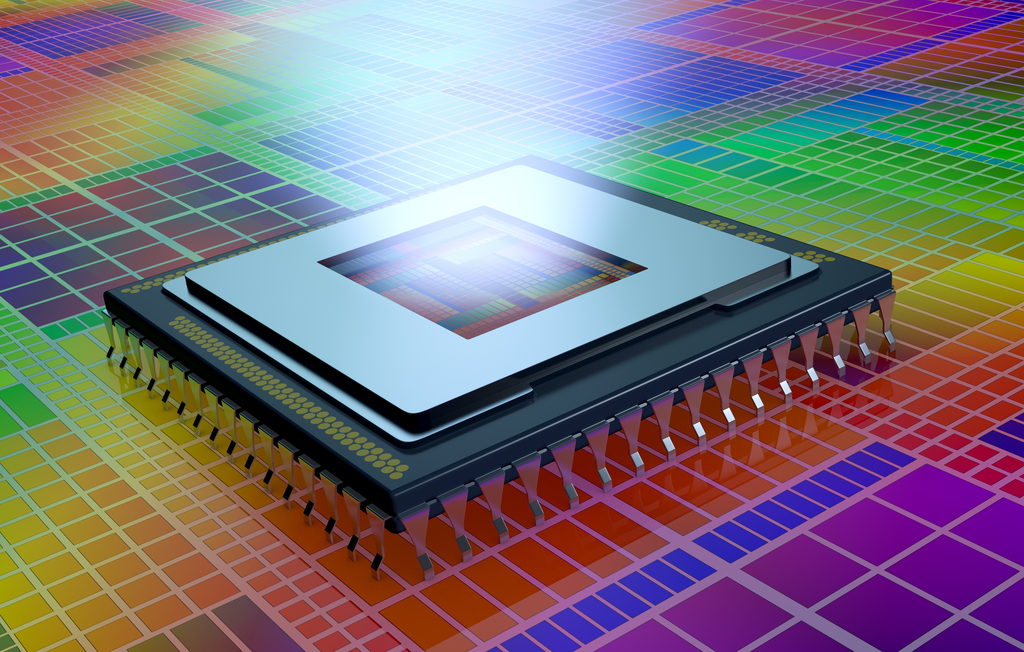 The humble microchip is a tiny computing marvel, powering everything from our cellphones to space satellites.

But increasing demand for these chips to transform our lives can lead to some unintended consequences, namely, overheating.

This intrinsic limitation stands in the way of Moore's Law, which anticipates that microchips and transistors will continue to get smaller and smaller as computing needs and power increase. Without being able to overcome their hot flashes, continuing to miniaturize microchips poses a problem to computing.

But a team of Swiss researchers believes they have a new solution by integrating cooling liquid directly into the chip itself. This approach could yield orders of magnitude improvements in efficiency to previously proposed cooling models, and bring computing into a new age of innovation.

In 2020, US data centers are expected to consume 73 billion kilowatt-hours of energy, according to one energy-usage report. As if that wasn't bad enough, each kilowatt-hour of energy requires two gallons of water to cool it. So for 2020 alone, that equates to some 220,000 Olympic-size swimming pools of water.

Previous attempts at designing self-cooling microchips have largely relied on a two-pronged approach, involving designing the cooling elements separately from the electronic elements, and then combining after the initial fabrication process.

"Substantial research efforts have focused on improving the thermal path between the hotspot and the coolant," explain the study authors. "But heat extraction capability is fundamentally limited by the thermal resistance between the semiconductor [hardware] and packaging."

Instead, the researchers propose a "co-designed" chip, integrating cooling elements directly onto the chip itself. In this design, dubbed a "microfluidic–electronic co-design," buried coolant channels are integrated across the device, allowing for even heat dissipation and management.

According to a companion report published alongside this study, three different types of direct-to-electronic microfluidic cooling have previously been attempted, but all had drawbacks. That report's author and mechanical engineer, Tiwei Wei, argues that issues with cost and thermo-related stress in these models limit their efficiency gains. But this new approach may offer the best of both worlds.

"[This team] have made a breakthrough by developing... a system in which [cooling channels] are integrated and co-fabricated with a chip in a single die," writes Wei. "The buried channels are therefore embedded right below the active areas of the chip, so that the coolant passes directly beneath the heat sources."

HOW THEY DID IT — To create the chip, the team first started by fabricating the imbedded cooling system. They did this by etching and widening coolant channels directly onto the chip's substrate. Next, after the channels were sealed off with copper, they built the chip's other electronic components directly on top.

To test out their design, the team used a water coolant and designed an electronic component that converted alternating current (AC) electricity into direct current (DC). Compared to a similar component without embedded cooling, the researchers saw significantly higher efficiency. The authors also report that this system has cooling power up to 50 times greater than other conventional models.

And, because the fabrication approach uses existing systems, the researchers say it's already economically viable.

See also: What will replace Moore's Law as technology advances beyond the microchip?

SOME CAVEATS — But, this design isn't exactly a home run, says Wei. Wei points out in his report a few structural concerns with the design; namely the material used for the substrate surface and an adhesive used to connect the coolant channels during fabrication. For both, the long-term stability and effectiveness in different environments, for example, in temperatures associated with typical microchip manufacturing processes, are cause for concern.

Likewise, water as a coolant for this system may not be a long-term solution, either — given how electronics and water typically don't get along.

WHAT'S NEXT — With these questions and next steps in mind, the researchers say they're excited by the possibilities for sustainability that these initial results present.

"[W]e anticipate that the co-design of microfluidic and electronics will be appropriate for energy-efficient thermally-aware electronics design. This may aid in solving critical challenges in electronics applications, as well as enabling future integrated power converters on a chip to support the electrification of our society in a sustainable manner."

And, despite his questions about the design, Wei also echoes this enthusiasm.

"Despite the challenges still to be addressed, [this] work is a big step towards low-cost, ultra-compact and energy-efficient cooling systems for power electronics," he writes.

Abstract: Thermal management is one of the main challenges for the future of electronics. With the ever-increasing rate of data generation and communication, as well as the constant push to reduce the size and costs of industrial converter systems, the power density of electronics has risen. Consequently, cooling, with its enormous energy and water consumption, has an increasingly large environmental impact, and new technologies are needed to extract the heat in a more sustainable way—that is, requiring less water and energy. Embedding liquid cooling directly inside the chip is a promising approach for more efficient thermal management. However, even in state-of-the-art approaches, the electronics and cooling are treated separately, leaving the full energy-saving potential of embedded cooling untapped. Here we show that by co-designing microfluidics and electronics within the same semiconductor substrate we can produce a monolithically integrated manifold microchannel cooling structure with efficiency beyond what is currently available. Our results show that heat fluxes exceeding 1.7 kilowatts per square centimetre can be extracted using only 0.57 watts per square centimetre of pumping power. We observed an unprecedented coefficient of performance (exceeding 10,000) for single-phase water-cooling of heat fluxes exceeding 1 kilowatt per square centimetre, corresponding to a 50-fold increase compared to straight microchannels, as well as a very high average Nusselt number of 16. The proposed cooling technology should enable further miniaturization of electronics, potentially extending Moore’s law and greatly reducing the energy consumption in cooling of electronics. Furthermore, by removing the need for large external heat sinks, this approach should enable the realization of very compact power converters integrated on a single chip.