Inside the Great North Run site on Newcastle Town Moor 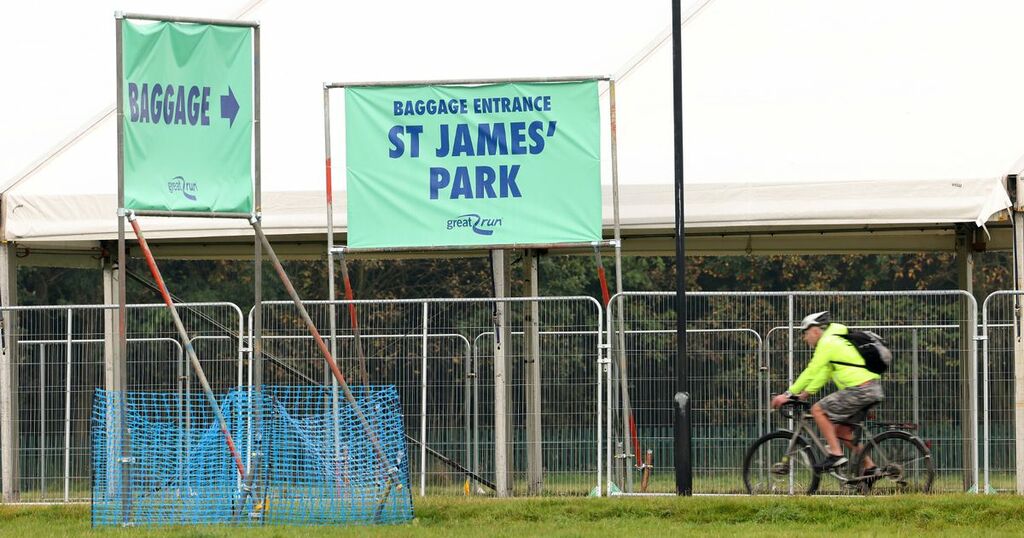 Excitement is building up as the hours tick down to the start of the North East's showpiece event of the year.

The weather had changed, again, as final preparations were stepped up in Newcastle in readiness for the start of the Great North Run.

Workers continued building the large new structures which are taking shape on the Town Moor as part of the Covid-inspired series of changes in place for this Sunday's event.

And the buzz is building around the city and vast swathes of the moor, where a few joggers and cyclists have been seen taking their morning exercise this week, is now a hive of activity as tens of thousands of runners arrive and prepare for action.

Everything on the site - which also will house an Event Village with food outlets and a Wylam Brewery pop-up bar - is spread out to make use of the available space.

Currently setting the scene on the Town Moor are signs and banners to mark out the likes of the arrival area and the baggage marquee alongside new constructions which will accommodate runners as they pass through the run's Arrival Zone and then to the Assembly Zone, from where they will be taken to the Central Motorway start line.

The whole idea of the layout - as part of changes intended for this year only - is to control and guide the number of runners so that this year's Great North Run can be as socially distanced as possible.

This year people are also being given an arrival time and a start time, which are staggered so that they will set off in various colour waves on the changed route that is taking in more of Gateshead, avoids South Shields and ends back in Newcastle, on the Great North Road, not far from the starting point.

Following the initial fears that the world-famous half-marathon might not go ahead for a second year, those taking part in what will be an extra-special event, marking the Great North Run's 40-year anniversary, will be extra-eager to get going on Sunday and become part of that striking image which defines the event: the flow of runners crossing the Tyne Bridge where lucky ones can catch sight of the Red Arrows flying overhead.

Follow ChronicleLive throughout the day for full coverage of the Great North Run.