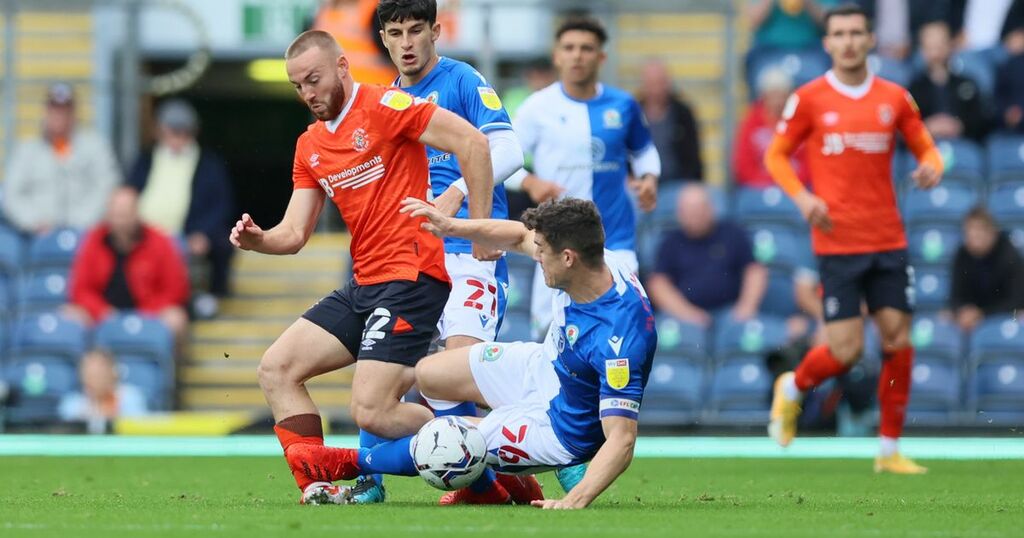 Darragh Lenihan's x-rated tackle during Blackburn's draw with Luton has been described as one of the worst tackles you are likely to see.

The Rovers defender was booked for his lunge on Allan Campbell in Saturday's 2-2 Championship meeting at Ewood Park.

The incident, which took place inside the opening ten minutes, saw Lenihan go over the top of the ball and plant his studs into the ankle of Campbell.

The Luton man stayed down for a few minutes before eventually limping off the field to be replaced by Henri Lansbury.

Jobi McAnuff, appearing as a pundit on Quest's EFL highlights show, says the challenge is one of the worst he has seen.

And he says Campbell was lucky to be able to walk off the park.

He said: "It's as bad a tackle as you'll see this season and however long you're going to watch football for.

"It's a really, really bad tackle. Alan Campbell is very, very lucky to still be able to limp off the pitch after that tackle.

What did you make of the tackle? Let us know in the comments section below

“I’ve been in to see the referee very calmly, as they have to see that, because it's a game-changing challenge."

On Campbell's condition, Jones added: "It’s his ankle ligaments. We’ll have a scan and see, but he's in a boot."

Luton had the last laugh, with Luke Berry's brace cancelling out goals from Tyrhys Dolan and Harry Pickering to ensure spoils were shared.

The result sees Luton in 12th, with Blackburn positioned in ninth.