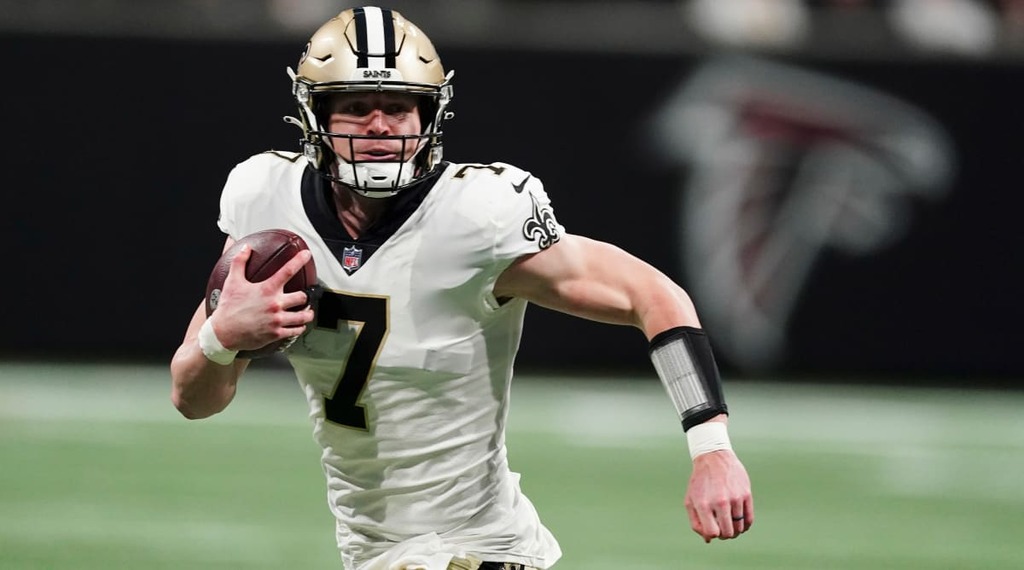 Saints coach Sean Payton said on Monday that quarterback Taysom Hill is expected to have foot surgery after sustaining a Lisfranc injury in a season-ending win over the Falcons.

Hill suffered the injury in the first half of the team's 30–20 win over the Falcons, which the Saints had hoped would be enough to propel them into the playoffs. However, New Orleans needed a loss from the 49ers to clinch a playoff spot, and San Francisco defeated the Rams in overtime to clinch a playoff berth.

Payton did not offer a timeline for Hill's return from the Lisfranc injury. According to WebMD, a Lisfranc injury occurs when the bones and ligaments that connect the middle part of your foot to the front are damaged.

In 12 games this season, Hill threw for 978 yards and four touchdowns while splitting time with Trevor Siemian, who came in as Hill's replacement on Sunday.

The Saints went through four quarterbacks this season after Jameis Winston suffered a season-ending knee injury in Week 8 and a COVID-19 outbreak before Week 16.

Both Siemian and Jameis Winston are unrestricted free agents this offseason, while Hill recently signed a four-year, hybrid-style contract that will see him earn $40 million in base salary and up to an additional $55 million in incentives.

For more news on the New Orleans Saints, head over to Saints News Network.