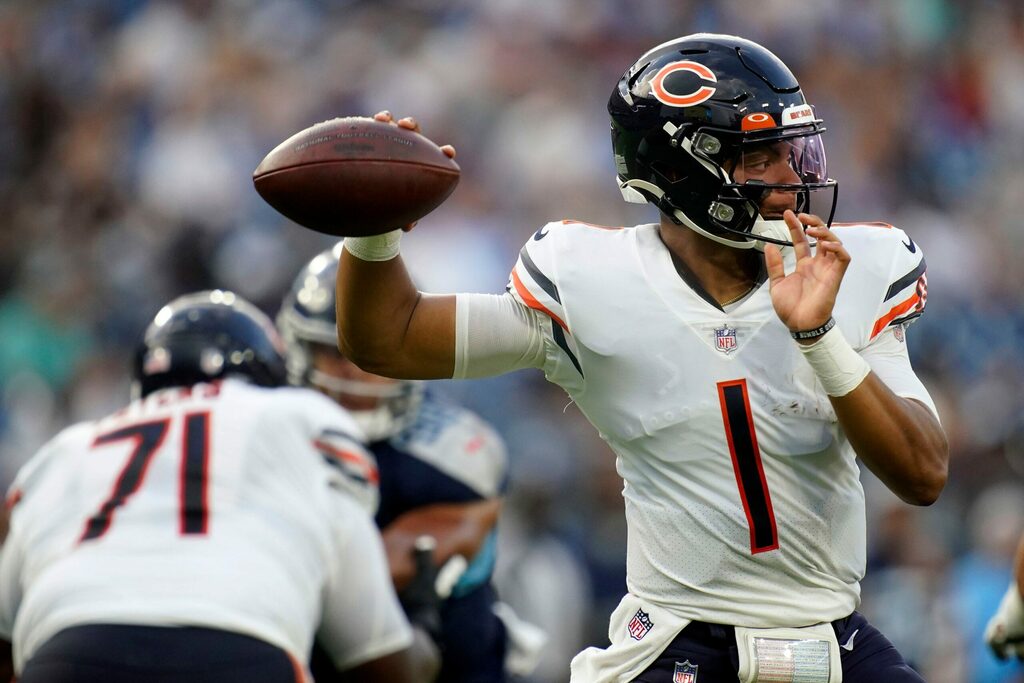 When the Bears signed Andy Dalton as a free agent, he was deemed QB1. After they traded up to draft Justin Fields 11th overall, Dalton was still declared the team’s starting quarterback. Even after Fields impressed in the preseason, Bears coach Matt Nagy committed to Dalton as the starter.

Sean McVay isn’t going to let that prevent him from preparing for the rookie to play at least a little bit in the season opener on Sunday against the Rams. McVay told reporters Monday that the Rams are preparing for Fields to play “in some form or fashion,” which is an interesting admission from the coach.

“I think it would be naive for us not to prepare for them to be able to utilize him in some form or fashion,” McVay said of Fields. “But Andy is a winning quarterback in this league. Does a great job. I really have seen a lot of film of Andy, even going back to when Jay Gruden was his coordinator at Cincinnati. So, very familiar with what a really good quarterback he is. He does a great job, accurate, anticipation, recognizes the looks defensively, can straighten up protections. Andy Dalton’s a really good quarterback and he’ll be a great challenge. And then you see the ways that Justin made a lot of plays going back to his career at Ohio State (and) what he showed in the preseason. So, I think you got to be ready for either or, but it’s going to be challenge, for sure.”

Fields looked sharp in the preseason and there have been calls from the fanbase for him to be the Week 1 starter. Nagy feels more comfortable with the veteran under center, however, leading a Bears offense that features Allen Robinson, David Montgomery and Darnell Mooney.

Fields is the future in Chicago, but he’s likely not the present – at least not until Dalton shows signs of struggling. That could come quickly against a dominant Rams defense led by Aaron Donald and Jalen Ramsey.