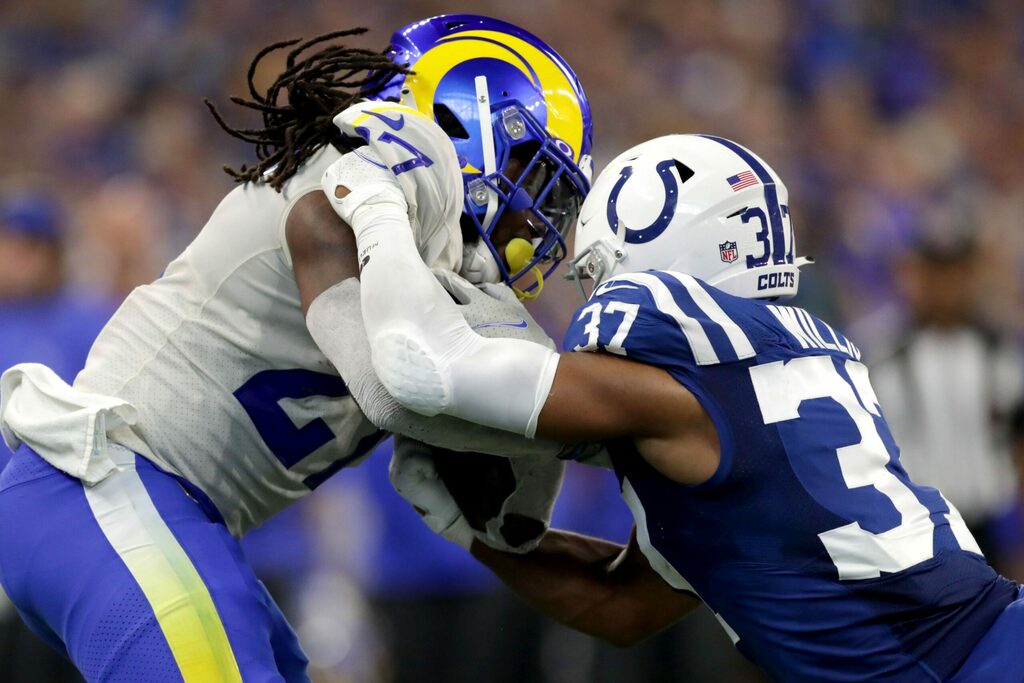 The Los Angeles Rams’ running game hasn’t necessarily been dominant through five weeks, ranking 22nd in rushing yards, but they’ve still gotten meaningful contributions out of their backs. Darrell Henderson Jr. has rushed for 80-plus yards in back to back games, while Sony Michel has stepped up as a solid complement and replacement.

One underrated aspect of how the Rams’ running backs have played is their ability to pick up blitzes and protect Matthew Stafford in the pocket. They’ve both made some really impressive blocks, particularly Michel.

Pass protection is a big part of playing running back in the Rams’ high-powered offense, given how often they throw the ball. Henderson and Michel have caught the eye of Sean McVay in that department, eliciting some praise from the coach coming out of Thursday’s win .

“I thought it was good to get the run game going, but what you saw from both those guys too, that I think epitomizes the toughness of their coach is watching them stick their face on people and protection,” McVay said Friday. “Both of those guys had huge blitz pickups that we ended up creating explosive plays from. And Matthew did a great job being able to move off of it. And these are some of the better blitzing linebackers in the whole league.”

Stafford has only been sacked four times in five games and the Rams own the lowest sack rate in the NFL, and while most of that is a credit to the offensive line, the running backs have done their share when defenses have blitzed, too.