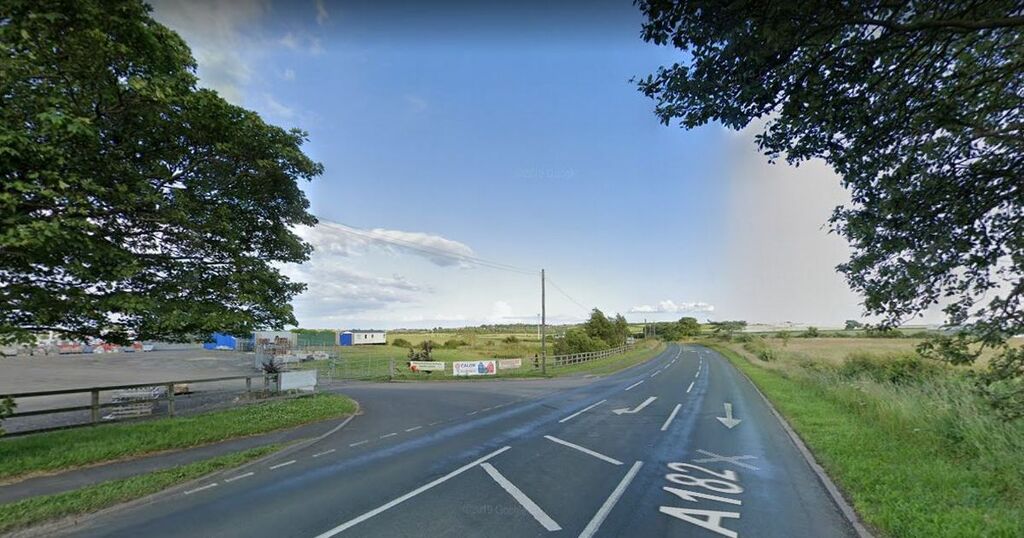 A Seaham pensioner has been cleared of causing the death of a motorcyclist in a horror crash in County Durham.

Ian John Fulton was riding a motorcycle on the A182 between Easington and South Hetton on June 1, 2020, when he was involved in a fatal crash with a Nissan Note, which was being driven by 75-year-old William Cummings.

Mr Fulton sustained serious injuries in the crash, which happened at around 2.30pm near to the East Durham Garden Centre.

The 37-year-old was flown to hospital after the smash, but tragically died.

An investigation was subsequently launched by Durham Constabulary, and Mr Cummings was later arrested and charged with causing death by careless driving.

His trial began at Durham Crown Court on Tuesday, with a jury of 12 people hearing evidence from prosecutor Ian West and defence barrister Daniel Cordey.

On Friday morning, the closing speeches were given and Judge James Adkin, the Recorder of Durham, summed up the trial before releasing the jury.

After around four hours of deliberation, the jury returned and found Mr Cummings not guilty of the charge.

Before the jury was released, in his closing speech, Mr Cordey said Mr Cummings, of Westlea Road, Seaham, was a man of "good character", who had "never been in trouble with the police".

The trial heard that Mr Cummings, a "hard working and honest man", had visited the East Durham Garden centre with his wife, and was driving his Nissan Note out of the centre at the time of the crash.

Mr Cordey said Mr Cummings had a "clean driving licence" and had "no history of bad driving", but that Mr Fulton was riding his motorcycle "vastly in excess of 60mph".

He said Mr Fulton "hurtled" towards the garden centre, while Mr Cummings was driving with "due care and attention".

"He waited until the road was clear, he was not in a hurry", he said.

In his evidence, Mr Cummings said he "pulled out and heard a bang".

Jurors were also told that Mr Cummings had to be "pulled" from his vehicle by bystanders as "flames lapped his face".

Mr Cordey said that it was "impossible" to know the true speed at which Mr Fulton was travelling before the "upright impact" occurred.

Following the not guilty verdict, Judge Adkin discharged Mr Cummings from the dock.