Screw the ice cream. Here’s how companies should commemorate Juneteenth.

The public dragging of Walmart for creating and selling Juneteenth-themed ice cream was truly an unexpected topping on a hellish week. The copyrighted (sigh) labeling was allegedly meant to honor a Black liberatory holiday but it was nothing more than performative. How do I know that? It’s public knowledge that dairy is the enemy of the diaspora… and there was a cheesecake flavor too. Was anyone in that marketing meeting Black?

Walmart did apologize for selling “Celebration Edition: Juneteenth Ice Cream” under its Great Value label. The product was met with copious jokes online that have lasted for days. The product has since been pulled from freezers.

We should have seen this coming — and there will be much more of it in June. The corporatization of holidays linked to POCs and queer people has been happening for decades but it’s painful to see it continue unabashedly. As if the ice cream wasn’t enough, merch is still available on the company’s site that commodifies and trivializes a holiday that is meant to commemorate the abolition of slavery in 1865. Many critics have pointed out that it feels lije a very unsavory profiting from pain.

Corporations are showing their corniest colors when they do this. I’m hope they’ll move towards real change soon — change that is not glamorous or profitable but instead just and redemptive. Want to celebrate Juneteenth? Change in its truest forms begins with the redistribution of wealth and a real conversation about equity. If Walmart wants to actually improve they can start by:

Then maybe we could accept these surface-level apologies as anything more than cleaning up for their reputation. Juneteenth began and should remain a holiday for Black people to honor and celebrate their ancestor's resilience without it becoming a T-shirt or ice cream flavor for the masses. 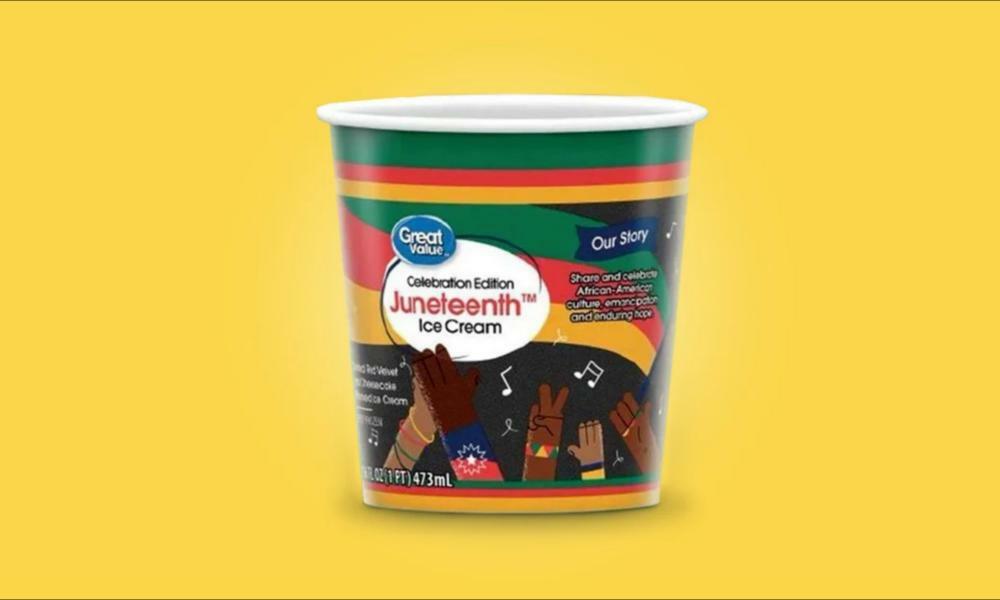