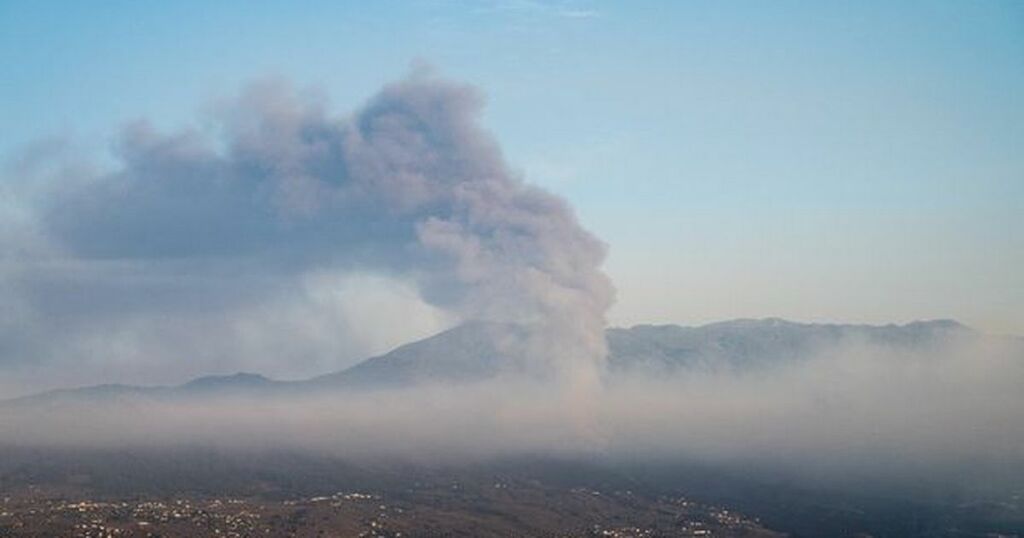 Tourists with trips booked to Spain are being warned after a major airport closed and swimming has been banned at a local beach.

The Mediterranean country is currently open to UK citizens for a getaway as the Foreign Office now allows non-essential travel to the favourite destination.

But Brit tourists who have Autumn and Winter getaways planned are being urged to be aware of restrictions in the country before jetting off.

Sunny Spain and its Canary Islands have recently been hit by volcanic eruptions and shark sightings.

Holidaymakers heading out to Spain should always check the government's Foreign travel advice before leaving, including what tests need to be taken and rules to follow.

It comes as 47 places which will be removed from the red list on Monday, making travel much easier and cheaper.

The airport on the Spanish island of La Palma closed over the weekend due to a huge cloud of ash spouting from a volcanic eruption.

A build-up of ash and dust on the runway has forced local authorities to ground flights on Thursday, according to air traffic operator AENA.

Other airports in the Canary Islands remain open and the ash cloud is unlikely to pose any wider risks to air travel for now, the spokesperson said.

It is the second time that La Palma's airport has been shut due to ash buildup since the eruption began on September 19.

"The #LaPalma #Airport is still inoperative due to ash accumulation, cleaning work continues.

"The rest of the #Canarias airports are operational. Check with your airline, especially in the case of #TenerifeNorte. Some flights will be operated from #TenerifeSur," the operator said in a post on Twitter.

The volcano on La Palma has been spewing out jets of fiery red lava for more than two weeks forcing thousands to evacuate their homes.

On Mainland Spain swimmers have been banned from entering the water at a local beach following the sighting of a shark.

The shark was spotted off the shore of the Playa del Portet beach in Teulada, on the Costa Blanca, according to the Mirror.

The area is a popular holiday destination with British tourists and the warning will remain until further notice.

The ban came into force over the weekend and swimming has been banned on beaches in the municipality between Valencia and Alicante.

Over in the Canary Islands there are worries Tenerife could become victim to a devastating tsunami after a series of recent extreme weather events, scientists have warned.

If it were to occur, the tsunami would be catastrophic for the popular holiday destination chosen by Scots.

Experts have said the recent volcanic eruption in the Canary Islands could be the trigger of such a severe natural disaster.

The scientists warned that if this happened again, it could produce “catastrophic” effects in several parts of the island and trigger a “devastating” landslide.

This would reportedly result in a tsunami that would most likely have a severe impact not only on the northern and western coasts of Tenerife, but also on other coasts of the archipelago.