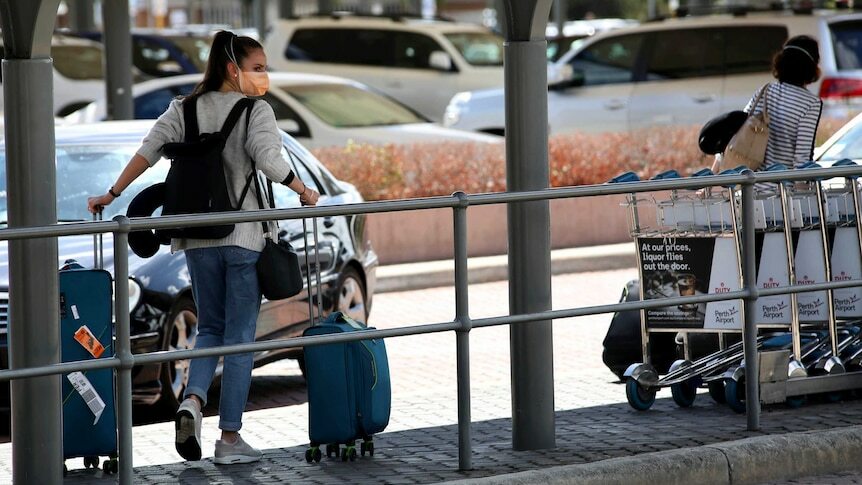 In a video message to an awards ceremony held by a global network for Australian expatriate, Advance.org, Mr Morrison said those stuck overseas had carried a "very heavy burden" over the past year and a half.

"It's tough, living through a pandemic, and being separated from your family, and that's brought its own heartbreak.

"Life's moments missed that you will never get back. Zoom can't do justice to these moments."

The government has faced sustained criticism from Australians unable to get home due to strict border rules and international flight caps, with 38,000 people registered at the end of July as wanting to return.

Mr Morrison said the government had helped 53,000 Australians get back since the pandemic began, including on 167 facilitated flights.

"Because, on a per capita basis, that's the lives that would have been lost if our death rate was just the same as the average of OECD nations.

"Your sacrifices have made that happen. You have saved lives by enduring and going through those difficulties.

"So thank you, I do appreciate it. And your fellow Australians do also."

The federal opposition leader, Anthony Albanese, criticised the Prime Minister's address, saying Mr Morrison had not done enough to make sure people could still get home.

Mr Albanese said Mr Morrison had previously promised Australians overseas that they would be home by last Christmas.

"He's now saying you'll be home some time in the future," he said.

"The fact is that this Prime Minister had two big jobs this year: The rollout of the vaccine and effective, safe national quarantine. And he failed on both."

The Prime Minister insisted the federal government was working closely with the states and territories to make home quarantine the "primary and viable method" in Australia, rather than the existing hotel system.

South Australia has been trialling a home quarantine system for people returning from interstate, in the hope the model will eventually be used for overseas arrivals.

The federal government has also flagged rolling out vaccination passports from next month, in anticipation of international border restrictions eventually easing.

"The opportunity to quarantine at home will be an important development because it opens us up," Mr Morrison said.

"It enables you to be able to come home and not have to go through hotel quarantine, which has its obvious restrictions.

"But your place here is always there for you. And we can use your place to ensure we can bring you home."

The Prime Minister thanked expatriates for their patience and said he recognised the frustration and difficulties many had experienced.

"We're getting through it, we're almost there," he said.

"Thank you. I look forward to welcoming you home."