In Australia, “miracle” election victories like Scott Morrison’s in 2019 tend to give the prime minister a new lease on life – but only until an eviction notice arrives three years later.

It happened to Paul Keating in 1996, three years after he weaponised the conservatives’ Fightback platform for a come-from-behind victory in 1993.

Three years after his “miracle” victory against Bill Shorten, Morrison looked like he could scramble just enough seats to ensure a hung parliament, but as the night dragged on Labor inched closer and closer until its victory was complete, although not total.

Three years ago I was greeted early in the evening at Morrison’s party by a prime ministerial staffer with a “he [Morrison] told you so”. This time, the mood was subdued at the Fullerton Hotel in Sydney’s old GPO. A few nervous sips, nobody in any great rush as they patiently waited for the prime minister much, much later in the evening.

The Liberals flirted with turning the ABC coverage on blast on the big screen, but when Antony Green observed that he couldn’t see the Liberals winning more than 70 seats, suddenly the feed was cut in favour of soft aimless jazz, pervasive elevator music the soundtrack to attenuated disappointment.

Members who had manned booths all day claimed voters in seats like Bennelong were quite bewildered at how strongly others had swung against the pandemic prime minister, giving away that perhaps it was Morrison who let them down after all.

It’s an irony of Morrison’s two campaigns that in 2019 the election was eminently winnable: polls had narrowed by the start of the campaign, an unpopular Labor leader was presenting a big target higher-taxing agenda – and yet few people believed the incumbent prime minister could win.

In 2022, it’s the reverse: despite a late narrowing, polls still had Labor further ahead than last time, and a leader who is more unknown than disliked put forward a small target. And yet on Morrison’s side, belief was still high.

By mid-evening, the patience had given out and the faithful needed to know what had happened. They turned on Sky, but the news was no better there.

As the independents continued to rack up victory after victory and Liberal moderate concessions peppered the evening, the mood turned from disappointment to anger. The former NSW Liberal leader, Kerry Chikarovski told Guardian Australia she was “particularly disappointed in the teals” because they “should’ve been targeting people who they disagreed with rather than the ones they agreed with”.

The NSW president, Philip Ruddock, cryptically declared the party will have to “build for the future” but declined to blame Morrison or say what needed to happen now.

The room was respectfully quiet for Josh Frydenberg’s concession, a bit like a wake, for the deputy leader and the potential leader who may never be. There was no hush of silence for likely Liberal leader in waiting, Peter Dutton, that apparently being a mark of respect only afforded those whose political career has passed or is at least in limbo.

Then former prime minister John Howard, who fought so hard to save many of the seats lost to the teals, arrived.

Morrison was greeted as a hero – but the ballroom was smaller and less full this year, and there would be no second miracle. Election nights are “humbling” but then, “so is victory”, Morrison said, as if to remind people that one miracle win out of two attempts isn’t all that bad.

Morrison blamed the record low major party vote on the “upheaval” Australia had faced in the pandemic, but said for the sake of “certainty” he had conceded to Anthony Albanese before every last vote was counted.

“Three years ago I stood before you and I said I believed in miracles. I still believe in miracles,” he said, describing his family, wife Jenny, and daughters Abbey and Lily, as the biggest miracles of all.

Morrison foreshadowed that Frydenberg could make a second coming, suggesting he should remain in the federal parliament. He then read a laundry list of his achievements, before turning to the future.

“To my colleagues tonight who have had to deal with very difficult news and who have lost their seats tonight, I, as leader, take responsibility for the wins and the losses.

“That is the burden and that is the responsibility of leadership and, as a result, I will be handing over the leadership at the next party room meeting to ensure that the party can be taken forward under new leadership, which is the appropriate thing to do.”

And just like that, Morrison handed over the keys to the Lodge to Albanese, with a minimum of fuss, like a man who knew lightning was unlikely to strike twice, when to exit stage right and be thankful for his blessings. 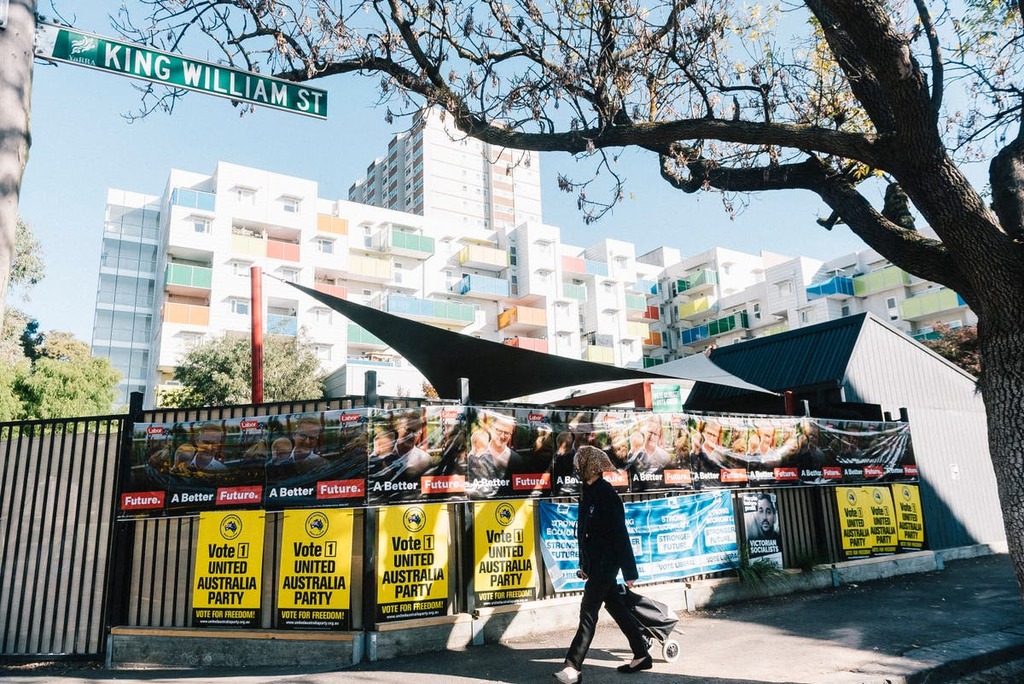 Australians vote in close-run election as Scott Morrison hopes for a second term
Counting is underway, and results are expected to trickle in soon

Incoming Prime Minister Anthony Albanese promises to give Australians the government they deserve, and to end 'the climate wars'.  Veteran…