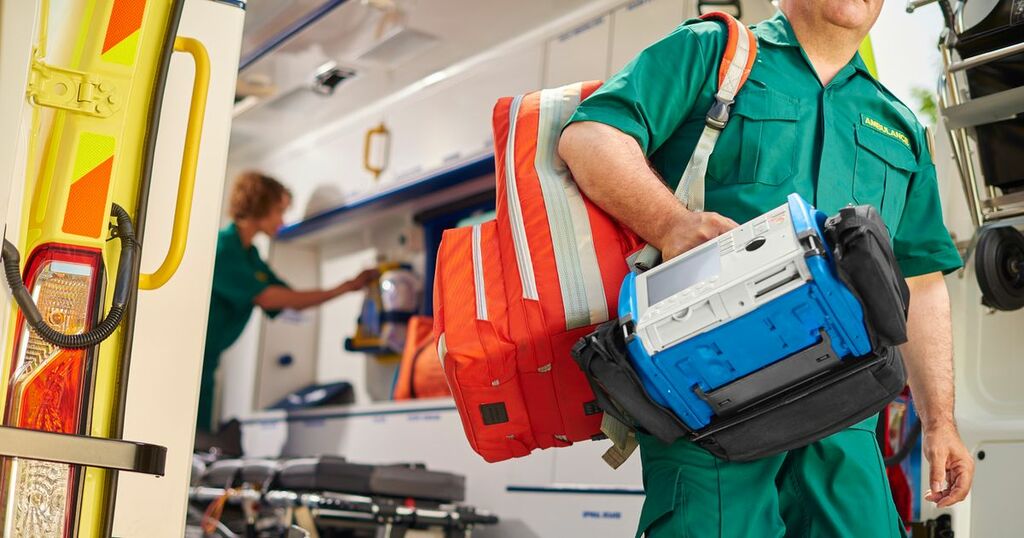 Desperate ­ paramedics are calling for immediate action to end the growing ambulance crisis.

The move comes after we highlighted last week how the average waiting time for an ambulance had soared to six hours – with many patients experiencing waits almost four times that long.

Unite union convener at the Scottish Ambulance Service Jamie McNamee said the pressure “is having a terrible impact on the physical and mental wellbeing of some of our colleagues”.

Today, Unite is calling for essential changes to save lives and protect patients and paramedics.

The call comes after we revealed last week how one patient, Sheila Anderson, 67, waited 20 hours for an ambulance to arrive after having a serious reaction to a drug given during hip surgery.

In Paisley, one ambulance crew waited outside the Royal Alexandra Hospital for nine-and-a-half hours before they were able to hand over a patient to hospital staff.

The crisis is not confined to the central belt. As far north as Aberdeen ambulances were stacking up.

The situation is so bad at the QEUH that the Red Cross has been drafted in to provide comfort to paramedics and patients forced to wait for hours outside.

Unite last week called for Major Incident Status to be declared at any hospital where paramedics have to wait more than 30 minutes.

The union said such a declaration would mean other bodies like NHS Scotland, community health workers or the Army could be brought in to provide support and free up paramedics to get on with their jobs.

Unite says the changes needed to protect service users and staff include:

● A 30-minute maximum turnaround time from arrival at hospital. This will release paramedics to return to serving Scotland’s sickest people.

● A nationwide campaign to educate the public on when it is appropriate to call an ambulance and what to expect.

● Improvement to staff welfare and wellbeing by reducing shift over-runs and properly applying rest periods to reduce fatigue and stress.

● A flowchart of pathways for the public when they require health and emergency assistance – GP, NHS24, pharmacy, community psychiatric nursing – which may be more appropriate than dialling 999.

● A requirement for anyone ordering an ambulance on behalf of GPs to be a health care professional, rather than a receptionist to ensure accurate triage.

● Increased support from SAS to enable ambulance crews to feel comfortable with their clinical decision making when leaving patients safely at home.

● Empowerment of SAS by the Scottish Government to say no at source to a request for an ambulance, potentially reducing inappropriate requests.

Jamie McNamee, Unite convenor at SAS, said: “We feel that these are crucial in the fight to provide the people of Scotland with the emergency service they pay for and deserve.”

He said it was essential that ambulance resources were “provided on a real need basis”.

He said: “Holding these crews back for longer than 20 minutes means the backlogging of actual emergencies. This could be a matter of life and death. We are asking that people pause for a moment to consider if there are any more appropriate options before calling 999.

“It is my experience that the staff of the SAS come to their workday day in/day out to do the very best for the people of Scotland. But there is huge pressure, and resentment towards the organisation, being built up within these hard-working individuals.

“In times of crisis, often pressure is brought to bear on those on the frontline despite their inability to alter the situation. Staff are feeling the burden of expectation rising and this is being manifested in many managerial behaviours.”

And he added: “Sometimes it is right to ‘just say no’. We are too risk averse and not all 999 calls are necessary nor appropriate and we should be entitled to say no, following full evaluation and triage, without criticism.”