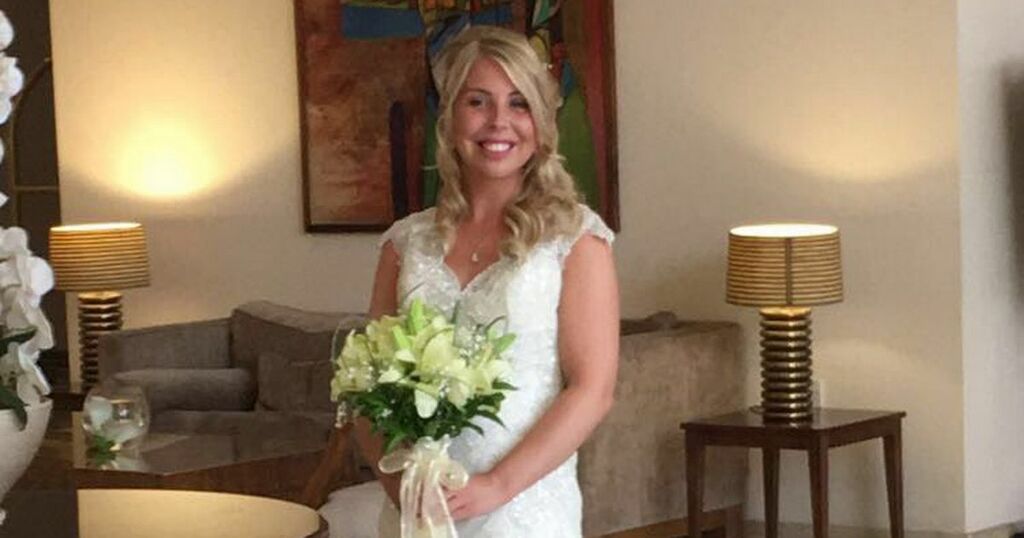 A Scots nurse who thought her shoulder pain was pregnancy related has died after being diagnosed with a rare cancer.

Tributes have poured in for mum-of-two Jill Steedman from Dundee following her death in the early hours of Tuesday morning.

The 33-year-old leaves behind her husband Robert and their two young children Reuben and Emily after a brave two-year battle.

Her devastated sister Lyndsey described her as the "selfless most beautiful soul" and said she took comfort knowing she was no longer in pain.

In an online post she said: "In the early hours of this morning, my little sister Jill passed away peacefully after a 2 year fight against a rare cancer.

"She was the strongest, kindest, selfless most beautiful soul ever!

"My heart is completely broken. I take comfort knowing she’s no longer in pain."

The post was flooded with people paying their respects and commenting their condolences.

One said: "I’m so sorry for your loss. Heaven will be a more beautiful place now your sister Jill has gained her wings & is welcomed to her new home thinking of you all."

Another added: "Sincere condolences, may her spirit find rest and peace and may you and family find comfort in knowing you had the privilege of sharing the world with her."

We previously told how Jill found two lumps on her breast in May 2019, shortly after giving birth to her son Reuben.

Jill was then in September diagnosed with stage four metastatic neuroendocrine carcinoma of unknown primary which is a very rare cancer.

The disease was found in her breasts, lung, lymph nodes and liver.

Husband Robert, who was looking after little Reuben and big sister, Emily, was desperate to try and raise cash for immunotherapy treatment available in Germany.

A fundraiser was set up for Jill in a bid to get the potentially life saving treatment unavailable on the NHS after medics said they would only be able to provide palliative care.

The total amount raised by brother-in-law Alex Steedman was just under £95,000.