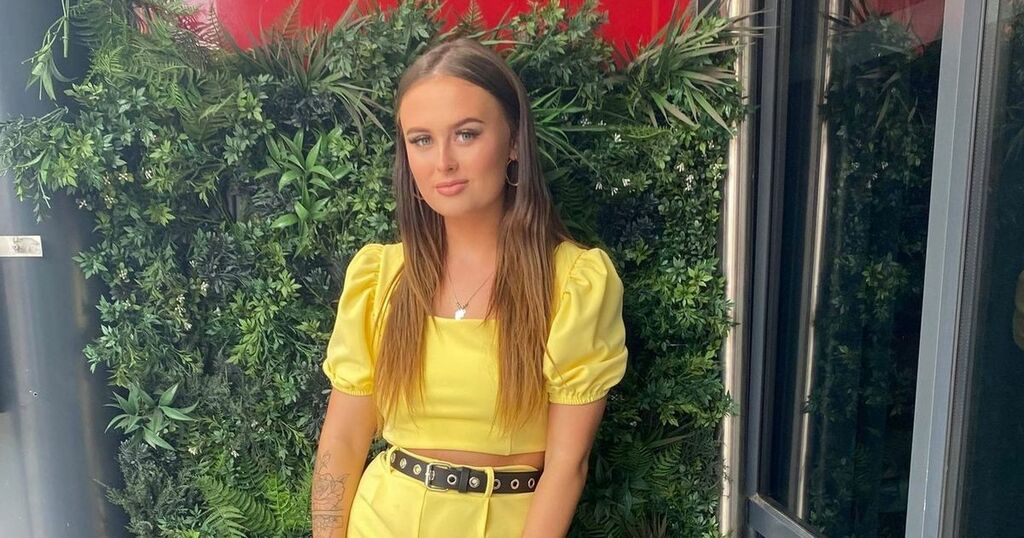 A mum claims she was transformed from Casper the Friendly Ghost into Princess Fiona from Shrek when her skin turned GREEN after using out-of-date fake tan.

Kerry McRobb decided to indulge in a pamper evening by applying fake tan to give her naturally pale skin a golden glow.

The children's hospital support worker, who admits she looked like 'Casper the friendly ghost' without a tan, dug out an old bottle of St Moriz in shade Darker than Dark.

The 20-year-old slapped on a couple of layers and admits she noticed a green tinge but, desperate for her golden glow, ploughed on regardless.

However she claims the colour got 'worse and worse' as it dried and she soon found herself with green skin.

Pals compared her to Shrek after she sent them photos of herself looking mortified - though Kerry claims she likes to think she looked more like Shrek's wife Princess Fiona.

She shared the hilarious photos with the caption: "This is my sign to stop fake tanning and get back to sunbeds asap."

"Before I was pregnant I would put it on every so often when I went out. Not like in school when we had Tan Thursdays - everyone would be stinking of digestive biscuits."

While slathering herself in the tan, Kerry said she noticed it was a little green, but ploughed on regardless.

Kerry said: "As I was putting it on I noticed it was a little bit green and as it was drying it got worse and worse.

"I put two layers on and left it on overnight.

"I first spotted the khaki green colour on my phone's camera that night, I was a bit taken aback.

"I shared the pictures with my friends, they found it funny.

After sending the funny snaps to her friends, Kerry went to sleep and woke up the following morning to have a thorough shower - in which she was thankfully able to scrub off the green tinge.

Kerry said: "I hadn't fake tanned in over a year because I was pregnant, so it was probably out of date.