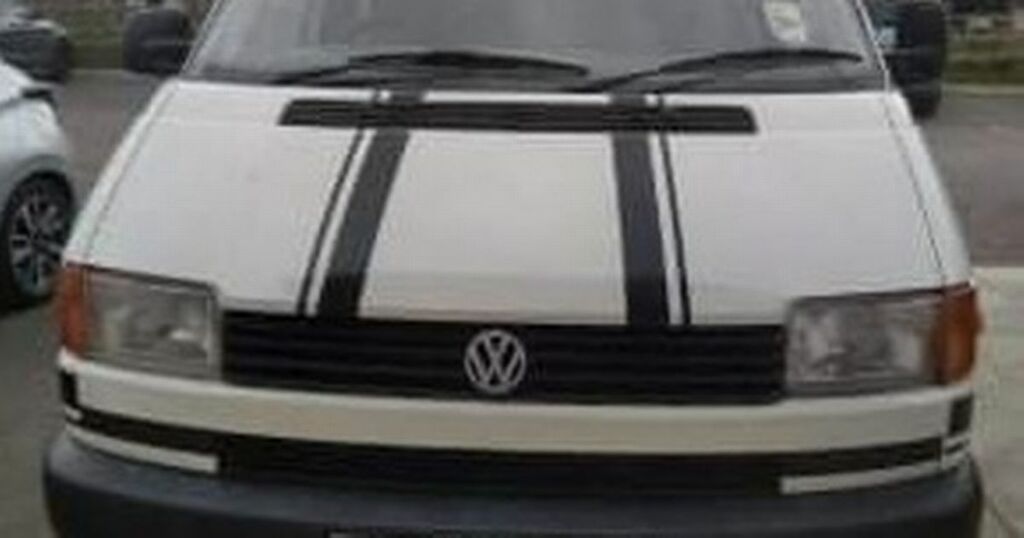 A camper van has vanished after a couple hired a courier to transport it home.

But the courier they hired from a well-known firm collected their new Volkswagen T4 in the town and disappeared three weeks ago.

The couple have now reported the missing van to police and are warning others of the scam.

Mum-of-one June, 49, said: “It’s a disgrace the way we’ve been treated and we want to warn others to be vigilant when using courier companies.

“When you go through a big company, you expect your van to turn up.

“We thought it was 100 per cent safe but it’s been a nightmare.”

June and Alastair, 53, found the van on Gumtree and used UK-based firm Shiply, an online marketplace where transport services bid for work, to find a firm to bring it the 350 miles to their home. They agreed to pay the chosen courier £300 and handed over a £99 deposit to Shiply, with the rest to follow on delivery.

They were notified the van had been collected as planned on October 27 but their ETA of 7.20pm passed and the camper was nowhere to be seen.

June said: “The previous owner has been in touch with police and given them a statement. They have a description of who it was who collected it but the chances of getting it back are very slim.”

The couple insured the van but face losing their cash. They say the van was registered as a light commercial vehicle as it needed work before it could be used as a camper van but insurers disagreed and told them their claim is void. They are now consulting lawyers.

A Shiply spokesman said: “Fraudulent transport providers are extremely rare – 99.96 per cent of transactions go ahead without serious issue.”

The courier the couple chose had only been on the site for days and had not built up a user rating.

The firm added that it had processed the return of the Rafiques’ deposit.

The courier could not be reached.