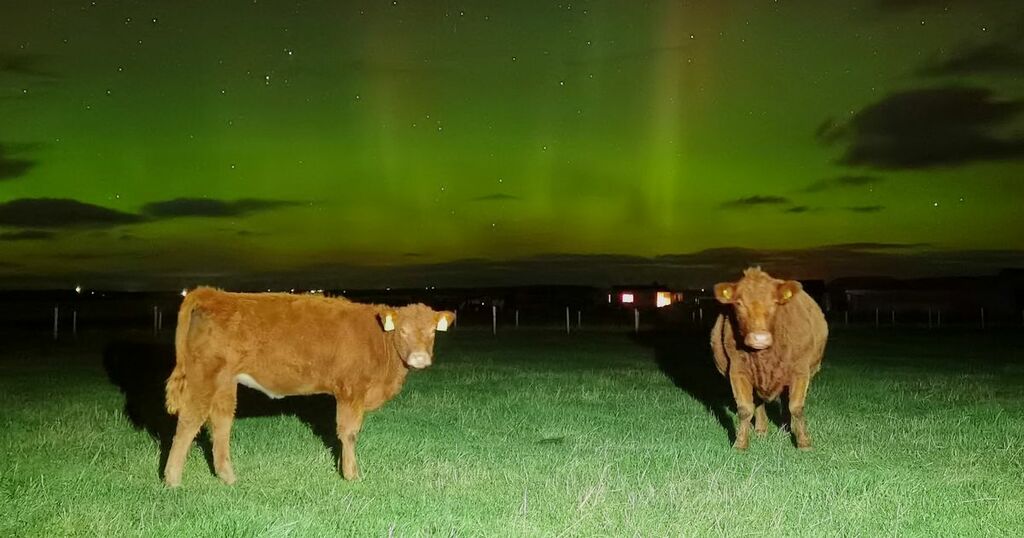 Scots across the country have captured spectacular shots of the Northern Lights after a solar flare hit earth on Monday night.

A geomagnetic storm warning for Monday and Tuesday (October 12) was issued by the Weather Prediction Center (SWPC) in the US, leading to AuroraWatchUK issuing an "amber alert" for Northern Lights across the country, and in particular Scotland.

This meant that stargazers were able to catch a glimpse of the 'Mirrie Dancers' across Scotland, providing the skies were clear.

The Met Office said: "Aurora is possible through [the] 11th and 12th across much of Scotland, although cloud amounts are increasing, meaning sightings are unlikely."

However, some Scots were lucky enough to catch a glimpse of the ethereal bands of light which are caused by particles expelled by the sun interacting with the Earth's magnetic shield.

When these particles meet the shield they are "pulled" to the north and south poles.

As they interact, the energy is released as a beautiful corona of dancing rays of light that are visible from below.

Myles Campbell in Orkney was on hand to snap some shots of the lights, which come in vibrant reds, purples, greens and pinks, in the night sky.

Posting on Facebook, Myles wrote: "The luing girlies, cow and calf under lights in Orkney."

While Twitter user @JessiiVann was absolutely delighted with her spectacular shots.

Posting them on Twitter she wrote: "Please excuse me whilst I cry for the next 6 years, I saw the Northern Lights in Scotland."

Normally, people in the central belt miss out due to the constant light pollution but keen Aurora photographer @cogie_s snapped this stunning shot in Edinburgh.

Others predictably, knew they had no chance, with one Scot joking on Twitter:

Did you manage to catch a glimpse of them? Let us know in the comments below or email sean.murphy@reachplc.com

Remember to keep your eyes peeled tonight too!