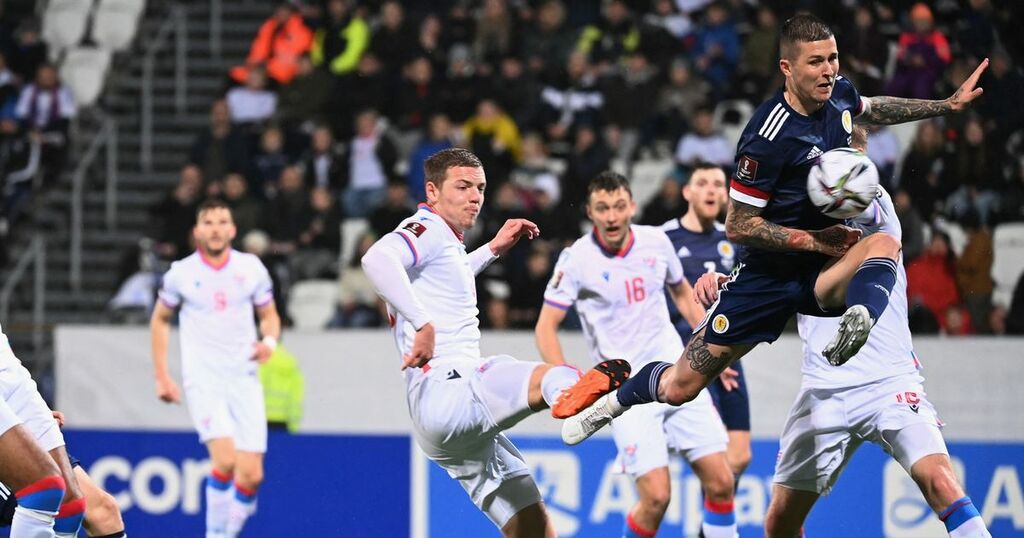 Scotland never seem to do it easy way, but it's three points.

The Faroe Islands made it difficult as Steve Clarke 's men continued their push towards the World Cup playoff spot.

Lyndon Dykes ' goal proved enough as Scotland killed off the game during seven minutes of stoppage time to clinch a 1-0 win.

The Australian-born striker became the first Scotland player to score in four consecutive internationals since Scott Booth in 1995.

However, Craig Gordon did keep our hopes alive against the minnows as the Hearts stopper continued to show his class.

It rounds off back to back wins in qualification, and means Scotland are just one win away from guaranteeing second place in the group.

Made a terrific first half stop. Made a few other routine saves and was busier than he had hoped in the first period. His usual reliable self.

Has found first-team football hard to come by at Newcastle. Given his chance wide on the right but didn’t get into the game as much as he would have liked.

He was moved out to the right. Was strong and physical in the tackle and looked to step forward and take the ball. He was replaced in a tactical switch.

The big defender returned from suspension. He had a running physical battle with Edmundson all night. In fairness, he didn’t loose too many battles.

The Arsenal man is one of Scotland’s main men. He got forward and got more joy than Robertson up the left. He tried to drive the team on in the second period

This was one of the captain’s quieter game. He never really got the space to gallop forward like we come to expect. Kept trying though.

Saturday’s goal hero was moved into the middle of the park. He had a first half shot pushed wide. Dropped back into defence later.

He scurried around the pitch keeping the ball and the play moving. He also tried to get forward and had fired a shot wide

He didn’t get much change out of the Faroese. He was earmarked as a danger man before the game. Went close with a header.

He got the shout to replace the injured Che Adams. He tried hard but didn’t reach the previous heights we have seen from him.

The big striker made it four goals in as many games and was the hero again. Worked hard to lead the line and scored when it mattered.

Came on and provided the cross for Dykes’ goal

Came on and his pace caused problems

Helped see the game out.

Linked up well with Billy Gilmour when he came on.