On a weekend when Schubert also swept the ADAC GT Masters round at the A1-Ring, van der Linde took the car’s first DTM win in race one after passing Lucas Auer at the start, then was never headed from pole in race two despite carrying 25kg in ballast.

The South African, who now leads the standings by 15 points over Mirko Bortolotti, said that his team had made a big performance gain at the former Champ Car venue that could be explained by the car's relative newness compared to its opposition, whose set-up parameters are much better-defined.

Asked by Autosport's German language sister title Motorsport-Total whether its step forward at the Lausitzring was track-specific, after finishing seventh and eighth in the opening races of the year in Portimao, van der Linde said: "I personally believe Lausitzring is one of our stronger tracks for sure.

"There are some other tracks that we’ll be strong at, but it’s impossible in this kind of field to be this competitive every weekend.

"I think we found some very good steps on the car. It’s obviously a brand-new car, so every step you make is a bigger one than when the car is six or seven years old like the Audi or the Merc for example.

"They’ve still got the Evo pack which helps clearly, but with a brand-new car you always make very big steps in the beginning and then it gets smaller and smaller.

"Hopefully we’ve made the bigger steps now and we can just pull it through to the end."

Van der Linde's team-mate Philipp Eng, who retired from race one due to a suspension problem, came through from 11th on the grid to finish fourth.

He told Autosport that the car was benefitting from having more races under its belt to get it into the right set-up window.

"You can go testing as much as you want, but in the end it counts when you go racing and a race is always different than a long run in a testing session," explained the Austrian, who put his qualifying deficit down to "little gremlins on our car".

"Obviously we have a very good baseline set-up, but it was just down to optimise and extract the maximum and I think you can see from Sheldon he did a perfect job all weekend.

"He was the man to beat - he is the man at the moment, he showed what the car can do.

"He is driving very well around here, he likes this place and he is especially strong in Turn 1. He is young, so he is still crazy enough to carry the speeds!

"If we fix my little gremlins then I think, or I hope, I can be up there as well."

Van der Linde added that he had been "really impressed" by the Schubert team, a newcomer to the DTM this year.

“I think everyone kind of knew, when we went testing a lot this year, they kind of had us on their radar,” he said.

“They knew that we would be strong at certain tracks, but not as strong as we’ve proven to be until now at least.

“It’s one thing to perform, but it’s another thing to keep it there.” 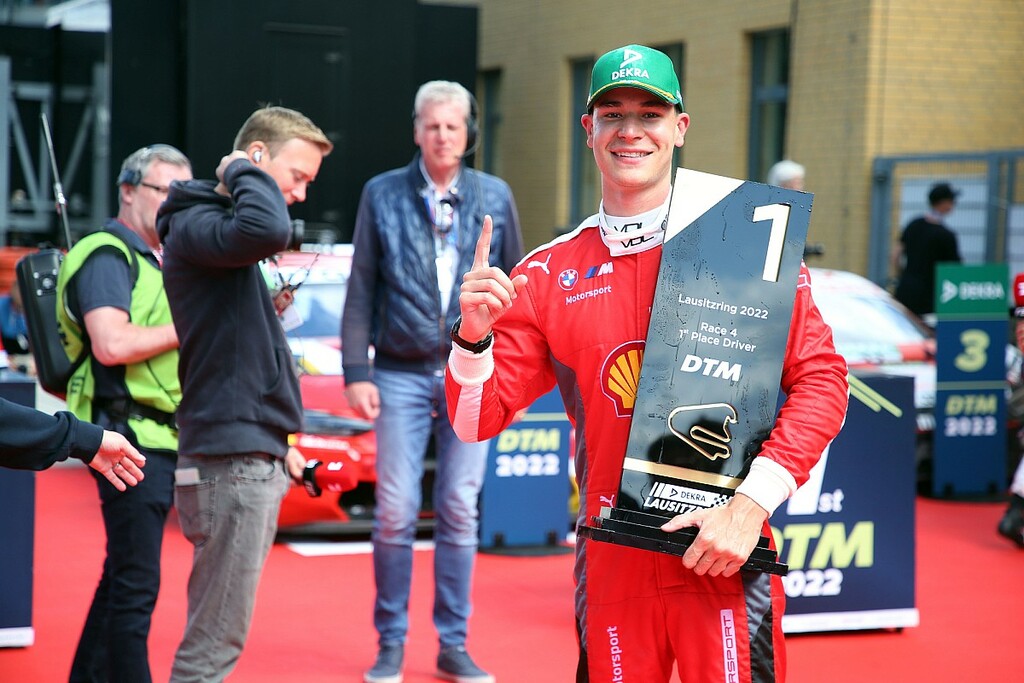 Motorsport
One subscription that gives you access to news from hundreds of sites
Lausitzring DTM: Van der Linde holds off Engel for double win