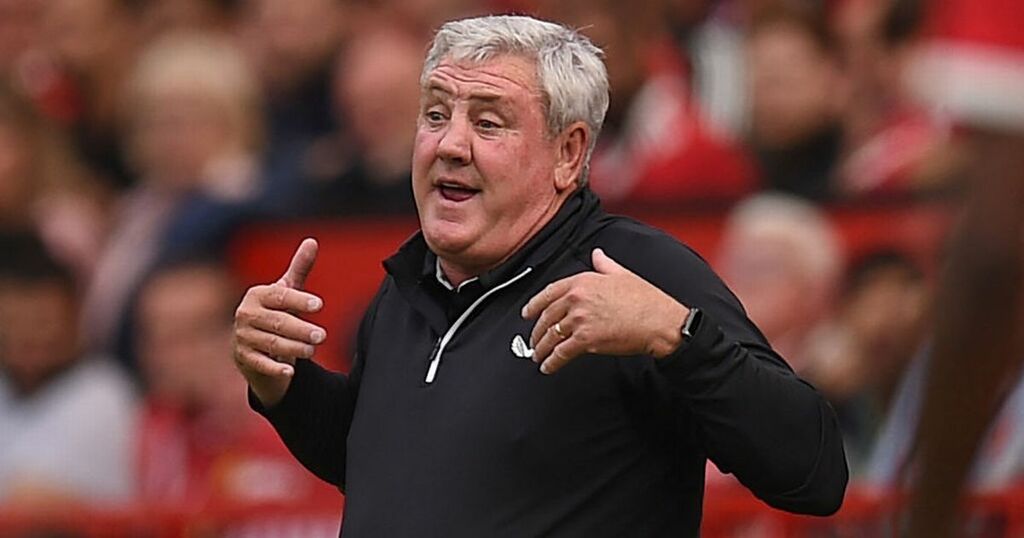 'Schoolboy'. 'Embarrassing'. 'No words for it'. Ciaran Clark was not talking about some of Newcastle United's defending this season; rather, the Irishman was referring to his side's capitulation against Leeds nine months ago.

Newcastle had done well to twice come from behind against Marcelo Bielsa's newly-promoted outfit at Elland Road, but the visitors ended up undoing all that good work in the final 11 minutes of the game as they conceded three goals to lose the game.

Now, 273 days on from that 5-2 defeat, how much has really changed ahead of these two teams facing off at St James' Park on Friday night?

READ MORE: Send a message to Steve Bruce with our new survey

Well, no other team has conceded more goals in the Premier League this season than Newcastle. We are, admittedly, just four league games into the new campaign, but the black-and-whites have been leaky at the back for some time.

In fact, Bruce had privately felt his side had been conceding too many goals for his liking before a ball was even kicked on the opening day.

Since switching back to a five-man defence in April, Newcastle have kept just two clean sheets in the Premier League, against relegated Sheffield United and Fulham, and the black-and-whites have shipped 24 goals in that same period.

Whereas Bruce used to refer to Newcastle's failure to take chances as the team's 'Achilles heel', the Magpies' soft centre is now a real concern.

Remarkably, despite scoring two goals against both West Ham and Southampton, Newcastle had just a point to show for their efforts because of poor defending.

The very least you expect when you play with a 3-5-2/5-3-2 is that you are solid, hard to beat and don't concede flurry of goals late on, but Newcastle have been porous no matter who plays at the back or in goal.

Since the start of the new campaign, the only constant in defence has been Matt Ritchie, who has started all four league games, and Bruce has trialled all four of his fit centre-backs at various points. Emil Krafth and Isaac Hayden have even filled in at the heart of defence on occasion.

Having dropped Federico Fernandez and Fabian Schar for Saturday's game against Manchester United, perhaps, it would be a surprise if Bruce did not tweak his defence once more when Leeds come to town on Friday night.

The Newcastle head coach will also be weighing up whether to swap out his goalkeepers for the first time this season.

Karl Darlow, who was such a crucial player in the first half of the season, is back in contention after being hospitalised with COVID earlier this summer.

Bruce did not make a final decision on whether Freddie Woodman or Darlow started against Manchester United until late in the week and it will be interesting to see if the 60-year-old keeps faith with his younger shot-stopper.

Such are Woodman's high standards, the honest 'keeper will have felt he could have done better with both of Cristiano Ronaldo's goals in the 4-1 defeat but the 24-year-old has often been left exposed by the defenders in front of him since making his Premier League debut last month.

If Bruce brings Darlow in and Newcastle beat Leeds, with a clean sheet to boot, the decision will be more than justified but you just hope, either way, Woodman knows what's going to happen first.

Darlow, after all, first learned he was going to be dropped against Wolves last season after reading it in a national newspaper.

Yes, Woodman has only got his chance because of injury (Martin Dubravka) and illness (Darlow), but it is also worth bearing in mind that the shot-stopper has had to put plans to go out on loan on ice until at least January.

If the sum total of Woodman's appearances since transfer deadline day ends up being a solitary outing against Manchester United, the goalkeeper deserves a full explanation as it could yet get to the stage where he fails to even make the bench when Dubravka is fit next month.

Regardless, whoever is in goal against Leeds, Newcastle need a result - and Bruce knows that.