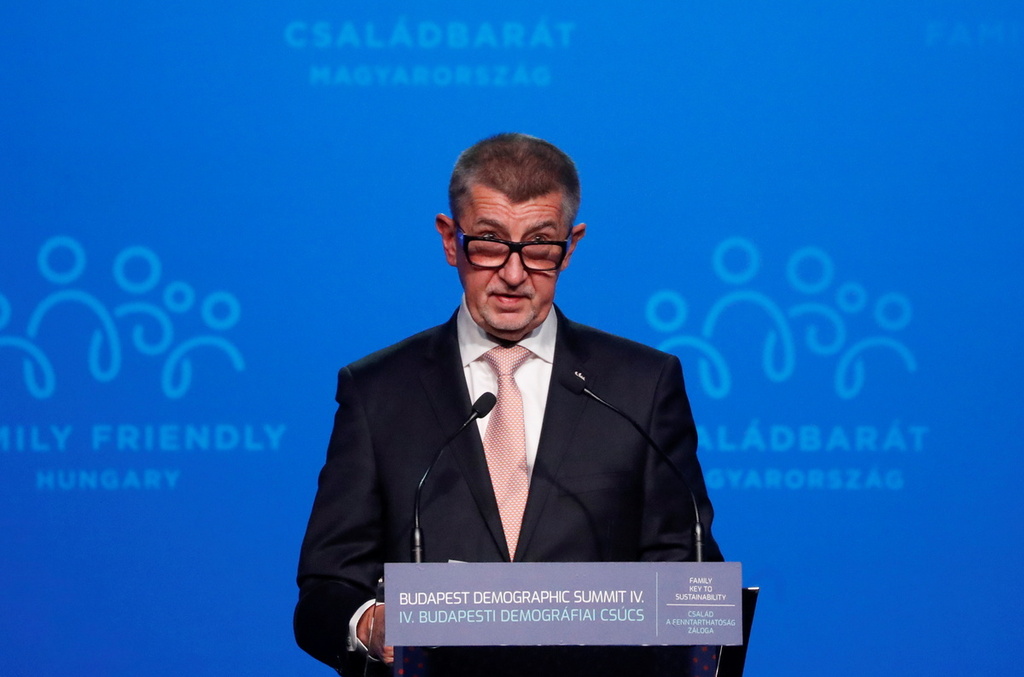 Weary of mounting accusations of financial misconduct against Prime Minister Andrej Babis, Czech voters could oust the billionaire businessman from power in the two-day parliamentary election that starts on Friday.

Polls show Babis' centrist populist ANO party could come out narrowly ahead of others but far short of a majority. That may force ANO to seek a pact with far-right nationalists to retain power, as the two small parties backing his current minority government may not win enough seats to stay in parliament.

A government made up of the two main opposition centre-right and centre-left blocs, which polls indicate could garner a majority, would likely improve Prague's relations with European Union institutions and tone down anti-Brussels rhetoric.

Babis has overseen years of rising prosperity but also been at the centre of conflict-of-interest investigations by the European Commission, a dragging police inquiry over accusations he improperly drew an EU subsidy, and fresh revelations that he used offshore firms to buy real estate in France.

Pensioner Jana Peskova said she would vote for one of the two mainstream opposition groups with the hope the central European country will shore up its image, which she regarded as tainted by Babis' scandals.

"We have wasted...the country's good name abroad that we had thanks to (first post-Communist leader) Vaclav Havel..., so our partners abroad would surely appreciate if we start again."

The largest opposition group, the centre-right Together coalition, put up billboards with a slogan seeking to capitalise on such sentiment: "We have a chance to have a prime minister not to be ashamed of."

"Babis is not trustworthy. Whenever people point out doubts about his governance or those personal issues, he points at others and cannot explain the problem in a transparent way,"

said Pavel Ebr, 39, a real estate manager. "The pandemic could have also been managed better, as studies have shown."

Babis has nurtured the image of an effective manager and retains a strong voter core following increases in pensions and wages plus tax cuts, although the moves have raised budget deficits.

He has overcome a dip in popularity after the country suffered one of Europe's highest per-capita coronavirus death tolls amid government zigzagging on pandemic policies.

Babis has deployed anti-Brussels, anti-immigration rhetoric and denounced EU carbon-reduction targets. "We do not want more Brussels," he said in an appeal to voters on Facebook. "We will not let in a single illegal migrant."

Babis has denied any wrongdoing in connected with the offshore companies revelations, the fraud investigation and the European Commission inquiry, which determined he remains in control of the Agrofert business he had deposited in trust funds in 2017 before becoming prime minister.

"ANO has ruled for some time and has helped people. People have more money in their wallets," said laboratory chemist Zuzana Krahulcova, 56. "Everyone has some skeleton in the closet. Babis entered politics a rich man and does not have a reason to enrich himself."

In final pre-election polls, ANO was just ahead of main opposition Together, followed by the liberal, centre-left Pirates/Mayors and the far-right Freedom and Direct Democracy party (SPD).

The broadly pro-EU Together and Pirates/Mayors plan to form a coalition government if they secure enough votes for a majority. The balance of power may be tipped by small parties on the brink of winning seats.

President Milos Zeman has said he will give the biggest individual party, almost certainly Babis' ANO, the first chance to form a cabinet. Babis has not ruled out turning to the SPD if he must, but has rejected the top item on its agenda - a referendum on leaving the EU. {nL1N2QO1O6]