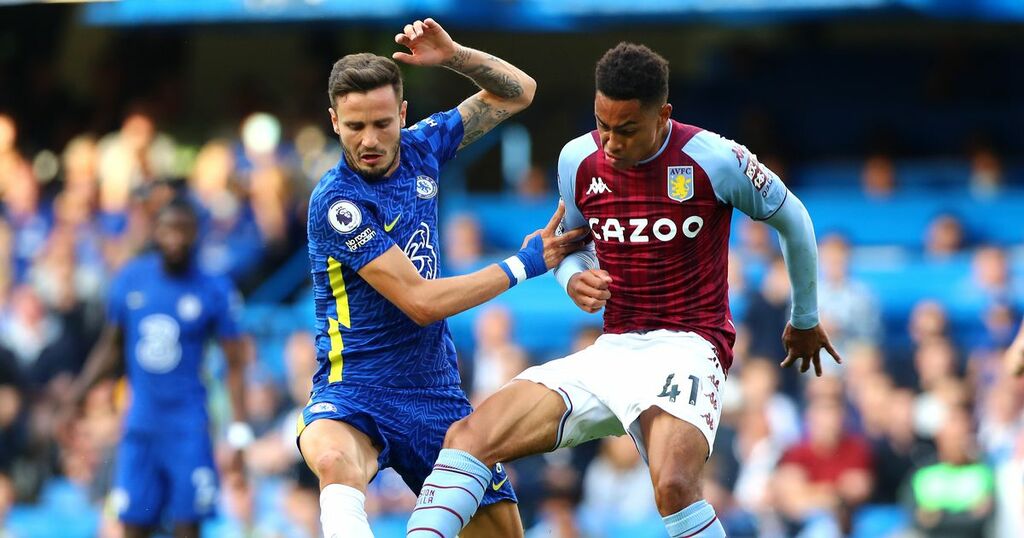 Thomas Tuchel hinted in his pre-match press conference that Saul Niguez would make his debut against Aston Villa but even then it seemed uncertain that the Spaniard would start the clash at Stamford Bridge.

The Blues boss sees the Atletico Madrid loanee in a similar mould to Jorginho and opted to rest the Italian, who had started all three of Italy's games during the international break.

The Spaniard had spent his time over the break at Cobham under the tutelage of Tuchel but without most of his teammates, and having not played in the centre of the park for his parent club this season.

We take a close look at the performance of Saul below:

Even before the whistle was blown it was clear to see Saul was a noticeable presence on the pitch, dwarfing Mateo Kovacic. We saw a first hint of some of Diego Simeone's dark arts as he put his body in the way of John McGinn, as the pair walked across the pitch. He found space in between Villa's forwards to ask for the first pass from Thiago Silva.

The 8th minute saw the loanee rise high to win a header in the centre when the Blues needed an outlet but was less convincing with his aerial distribution otherwise.

Controlled a difficult ball but then played a sketchy pass to Trevoh Chalobah, before playing it first time to Mateo Kovacic in the build up to Romelu Lukaku's goal.

The debutant set up the right of the midfield pivot but was more often than not the deeper of the Blues' pairing and that continued throughout the half. A little more conviction was required in his play as his header sold Kai Havertz short and forced him into a foul.

The 23rd minute nearly saw Saul impress Stamford Bridge with a tight 180 degree turn on the edge of his box that saw him coast past McGinn but the 26-year-old's play was too slow and allowed Villa's midfielder back in. McGinn won the ball and created one of Villa's better chances.

The 29th minutes saw the loanee attempt to rough things up with a clumsy tackle on Matt Targett, but ultimately it was a bit unnecessary.

Found more rhythm as the half grew, picking up the ball from Chalobah and moving it on to Silva and in the same move playing a first time ball on the turn to Hakim Ziyech.

The Spaniard made his first attempt at a long raking ball from the halfway line in the 35 minutes but it was cut out by Cash on the way to Ziyech.

The Blues looked to find him more often but then under no pressure the midfielder sent it straight to Danny Ings in a move that summed up his half.

On the verge of half time Saul put in his best tackle of the half on Ollie Watkins, but was unfairly pulled up for a foul.

The deadline day signing was brought off half time and you can't argue with Tuchel's thinking. The midfielder just looked a yard off the pace in his running and his mind against Villa, and even a Graeme Souness critique couldn't be deemed harsh.

There were glimpses that Saul could find the rhythm of the game with pass completion of 84%, but the moments he was losing the ball were crucial ones that gave the visitors opportunities. The 26-year-old was dispossessed three times as he was caught being too slow on the ball too and the task of fulfilling Jorginho's role was a step too far.

That is not to write the player off, however. Saul had a big task in a surprising Chelsea XI, with more time to work with the squad and feel more of the Premier League's pace in training there is a great deal of time for the loanee to acclimatise.

He's already showed the ability to disrupt opposition play, albeit on his way to three fouls on Saturday afternoon but Saul has the potential to be a tackling machine for the Blues.