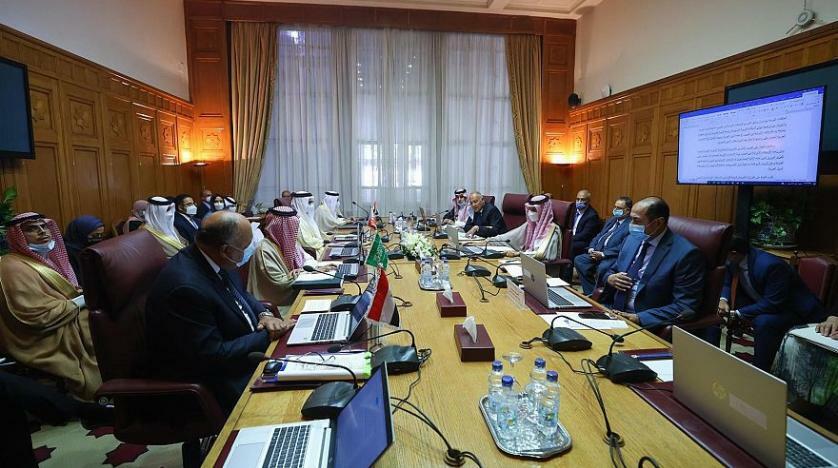 The meeting aimed to address Iranian interference in the internal affairs of Arab countries.

It was held in Cairo on Thursday on the sidelines of the 156th session of the Council of the Arab League at the ministerial level.

The meeting discussed boosting joint cooperation to stop Iranian subversive interference in the region and its financing of the Houthi terrorist militia in Yemen and extremist terrorist groups, which jeopardize peace and security.

The conferees also discussed the Iranian nuclear program, stressing the importance of imposing the mechanisms for a rapid and comprehensive inspection of all Iranian nuclear sites.

The meeting further touched on the urgency of halting Iranian violations of international laws and its policies that destabilize the region and the world.

In a related context, Prince Faisal attended the meeting of the Arab Ministerial Committee concerned with following up on the Turkish interventions in the internal affairs of Arab states.

The meeting tackled efforts to stop the Israeli measures in the occupied city of Jerusalem. The conferees denounced the Israeli attacks and measures in Jerusalem and its aggression against Palestine.

They also underscored joining efforts to put an end to the Israeli actions and called on the international community to stand firm in the face of these violations.

It discussed intensifying efforts of the international, Islamic, and Arab organizations to stop the Israeli aggression and support Palestinians.

Moreover, Prince Faisal met with his Jordanian counterpart, and they discussed the latest regional and international developments.

They also tackled ways to reinforce bilateral ties and discussed the agenda of the 156th meeting of the Arab League Council at the ministerial level.

Later, the Saudi FM convened with Palestinian Foreign Minister Riyad al-Maliki and they discussed means to boost ties between the two countries in various fields.