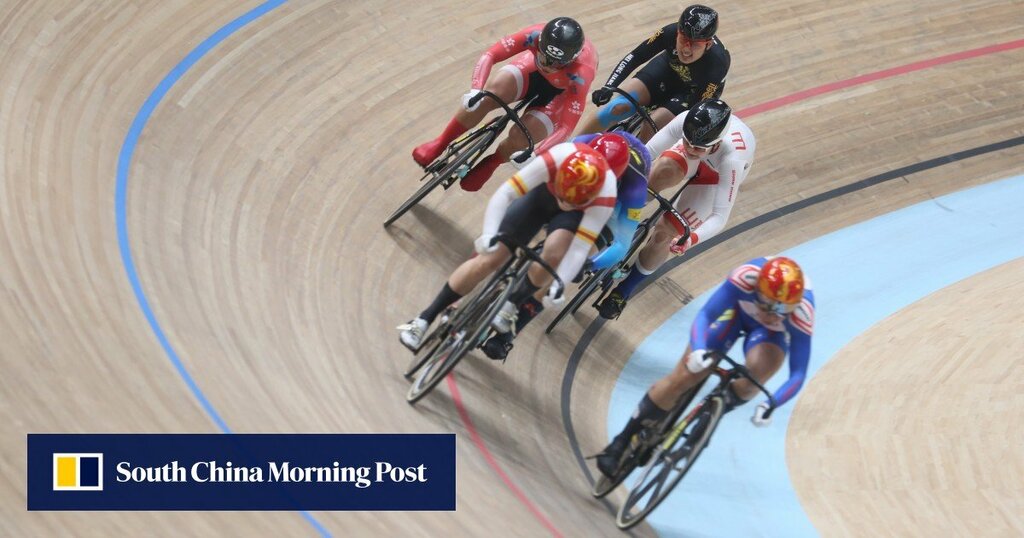 Star track rider Sarah Lee Wai-sze wrapped up possibly her last National Games with a bronze medal after finishing third in the keirin in Luoyang to complete an arduous campaign that fully tested her abilities on Tuesday.

Despite winning gold in another sprinting event – the women’s sprint on Monday – the 34-year-old was still happy clinching another medal to complete an almost two-month campaign that included the Tokyo Olympics, where she captured bronze in the sprint.

Lee won both her heat and the semi-final in the morning before reaching the medal race of six sprinters, whom she defeated handily in the sprint final. But this time, the Hong Kong cyclist was caught by surprise when two mainland riders went for an early attack in the six-lap race, leaving Lee behind in third place when it was all over.

“It is still a satisfactory result,” said Lee, who has competed in four successive National Games since 2009. “Many mainland athletes have made great improvements in recent years and they have shown some very strong abilities. They just lack international exposure. I was able to reach the final quite easily.

“Unfortunately I made some mistakes in the final. I did not expect the two other riders to attack together at the same time. I did try to save the race and I worked hard to get a better position. In the end I am still happy with the result.”

Guo Yuefang, of Henan, who made the attack with two laps left, won the race while Jiangsu’s Zhai Fei, who followed Guo’s attack, came second with Lee just beating long-time rival Zhong Tianshi, of Shanghai, right on the line for third place.

Lee’s gold on Monday in women’s sprint was the second for Hong Kong’s most celebrated track rider at the National Games after taking top place in the keirin at the 2013 Games in Shenyang, Liaoning province.

In the women’s omnium, up-and-coming Lee Sze-wing came fourth on her National Games debut. The 20-year-old was closely chasing the leading three riders after the first three disciplines but she dropped back in the last event – the points race – to finish fourth.

“The mainland riders have made strong progress and they showed it at these National Games,” said Cycling Association chairman Leung Hung-tak. “In keirin, timing your attacks are pivotal. Once you miss the opportunity, you will find it hard to catch up.

“Lee won two bronze medals at the last Games in Tianjin and this time she captured one gold and one bronze which can be considered a big improvement. The younger Lee [Sze-wing] was promoted to the senior squad a year ago and still has plenty to learn. Having finished fourth racing against so many strong competitors, it’s still a tremendous effort. If she continues to improve, she will be a star for the future.”

In men’s keirin, To Cheuk-hei also made it to the final where he managed sixth place.

With the track events completed, Hong Kong will place their hopes in the road race competitions which kick off in 10 days in Shaanxi.

How to watch Hong Kong athletes at the China National Games

“Our riders are still competitive in the road events, especially in the individual events,” said Leung. “Hopefully they can recover well during the break and give something for the fans to cheer.”

Retired cyclist Wong Kam-po still holds the best record of any Hong Kong athlete at the National Games with three individual road race gold medals won at the 1997, 2001 and 2009 Games.